Built by Nordlund Boat Company of Tacoma, Washington, the 19.3- by 5.8-metre Polaris III is a sister vessel to the Tim Nolan-designed Orion, which was supplied by Nordlund to JPS in 2018. As with its earlier sister, Polaris III provides 24-hour daily all-weather transport of pilots between Long Beach Harbor and the large merchant vessels that call at the port.

“Captain Tom Jacobsen, president of Jacobsen Pilot Service, wanted a boat that, above all, was able to ‘deliver pilots to ships safely, in all weather conditions, for many years,'” Nordlund explained to Baird Maritime. “The goal was a boat ‘built to last 40-plus years with reduced maintenance costs and high efficiency.'” 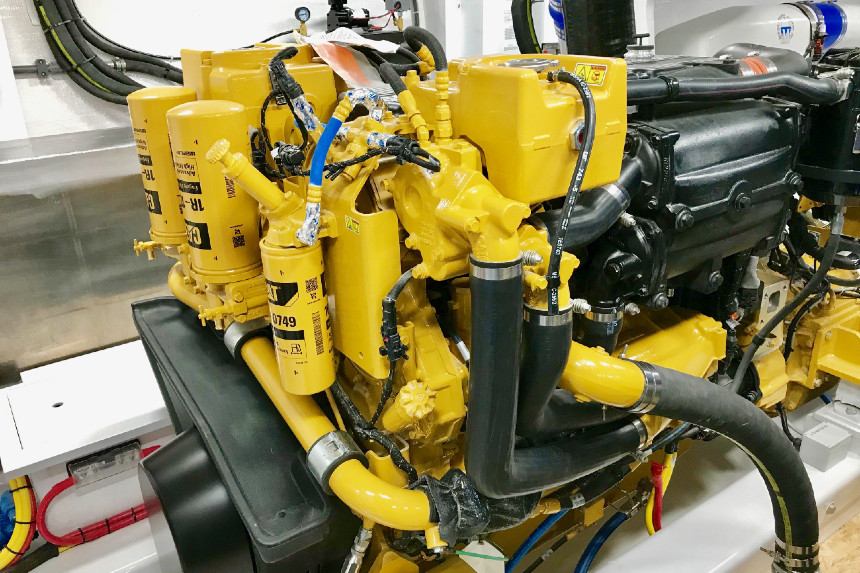 To achieve the 25-knot average service speed required, twin Caterpillar C18 1,193kW engines were chosen. The engines drive a pair of HamiltonJet HM 522 waterjets that would also enable the vessel to “crab” sideways as well as bring the vessel to a complete “crash” stop from full speed. Nordlund claims the stopping distance in such instances can be as little as one boat length.

The propulsion control is primarily focused at the interior helm console, but there are also full controls on the helm console wings to port and starboard. For docking stations, there are quarter control stations port and starboard as well. These control points, in addition to the man overboard control station, give the skipper multiple options for optimum personnel transfers and docking.

Stability is improved through the passive anti-roll tanks located in the aft outboard corners of the hull. These help minimise roll and pitch when not underway. The transom openings allow emptying as the boat accelerates to planing speed, reducing change in trim. Pitch and heave motions are also reduced by the bottom extension “frog perch” situated beyond the transom. The added motion damping would also prove invaluable when the boat is called upon to assist in rescue operations.

To satisfy the need for all-weather capability, Polaris III includes features such as forward-angled, heated windows that provide reduced glare and optimum 360-degree visibility, a Harken TR31 track and safety rail system, and a sturdy stainless steel railing system that had been designed to make it safer for pilots to depart the vessel. 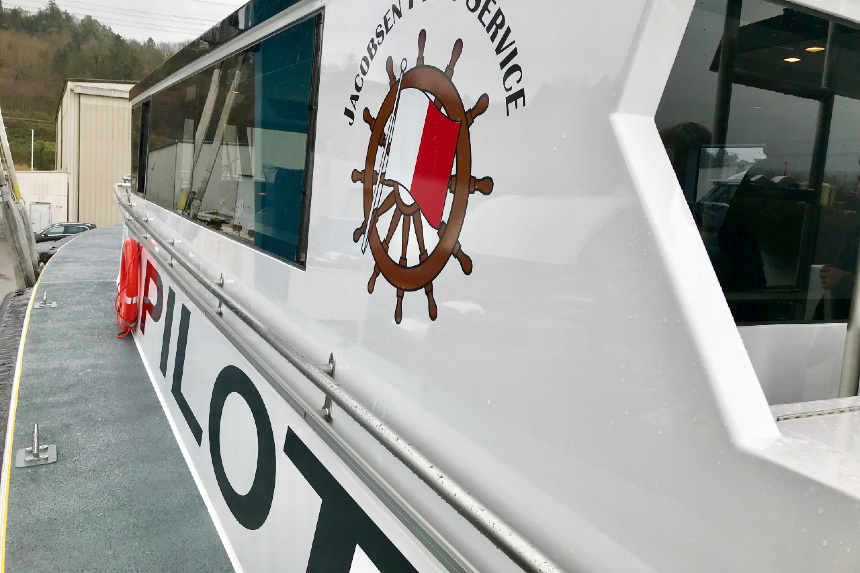 Unlike traditional railing systems with railings around the outside designed to keep people from leaving the boat, Polaris III has its safety railings inboard and along the perimeter of the cabin. Transfers of personnel to large ships can be completed on either side of the bow or along the full side deck areas.

All railings are built to withstand daily heavy use, with reliability and safety as top priority. The forward railing area is mostly enclosed but can be entered through an opening just forward of the cabin. This gives pilots a safe staging area to wait amidships until they are safely alongside the ship for the transfer.

Making the boat’s centre of gravity such that it has a positive righting arm for 180 degrees means that Polaris III is self-righting and can recover from a capsize. To achieve the light upper weight while maintaining structural strength, the deckhouse and mast are made from carbon fibre, using a foam sandwich. The durable sandwich composite hull meets ABS requirements for high-speed vessels by being infused in a mold with resin.

Composite E glass and foam sandwich construction make up the decks and bulkheads, making these sturdy and lightweight as well. Adding to the boat’s durability is a Poly Marine Service fender system that could withstand repeated contact without damage, while minimising the shock to passengers, as well as the structural and propulsion systems on board. 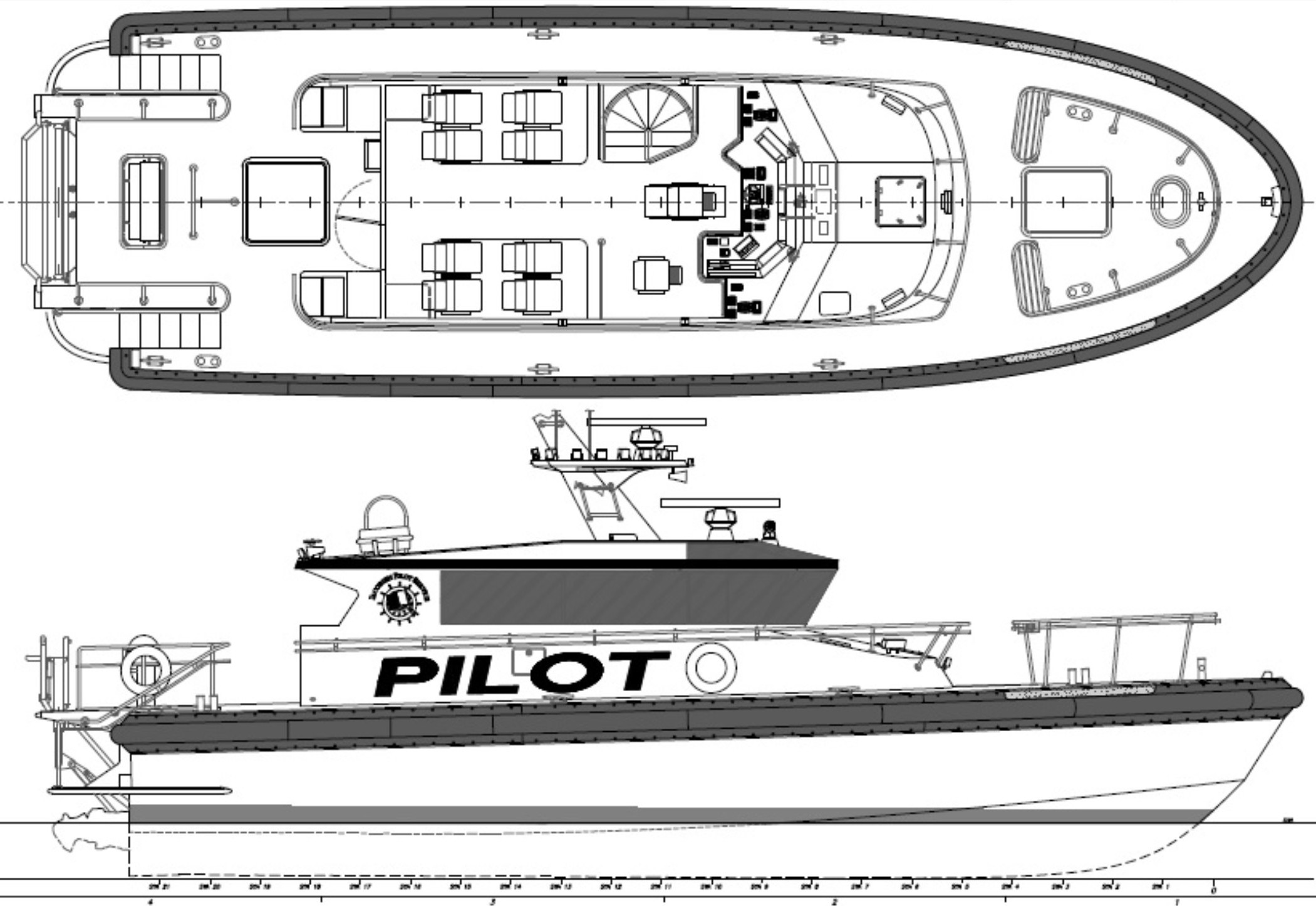