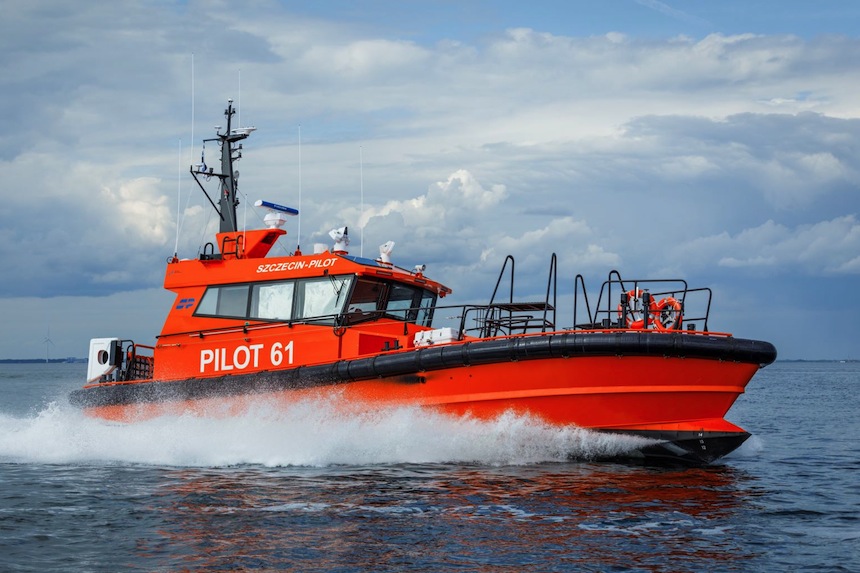 Pilot 61 replaces an older craft, and the owner’s brief was for an economical pilot boat with quiet, ergonomic work space and a minimum speed of 22 knots.

She has wave piercing hull design to reduce pitching motions and provide a smoother ride for the captain and crew at all speeds. Baltic Workboats has found that, compared to a traditional hull, a wave-piercing hull design for its pilot boats provides 40 per cent less vertical acceleration and up to a 30 per cent improvement in fuel economy. 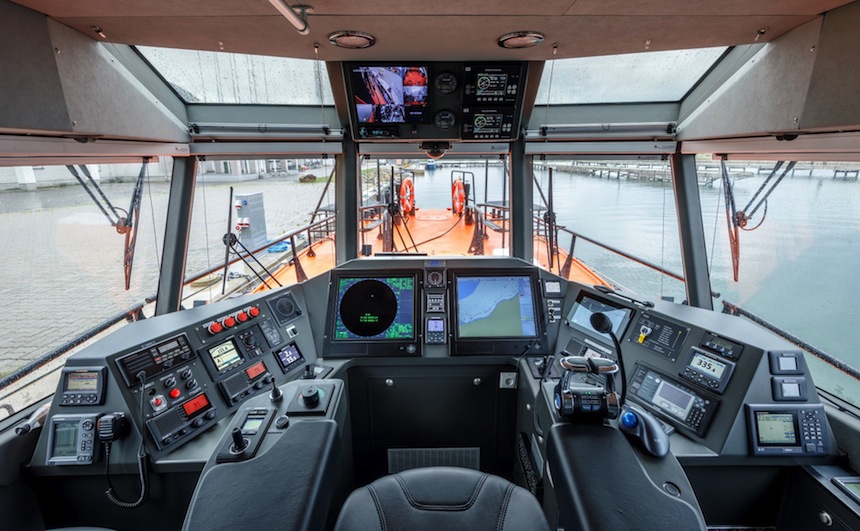 The wheelhouse provides a safe working environment both in the cabin and for the crew on the deck. The wheelhouse offers nearly 360-degree visibility. The captain has a centre position with uninterrupted views of the deck and boarding areas with additional skylight windows.

The boat’s self-righting feature increases the safety of life at sea even during the toughest weather conditions. The boats comply with Lloyds Register rules and have the highest quality standard that can be provided for work boats of its type. 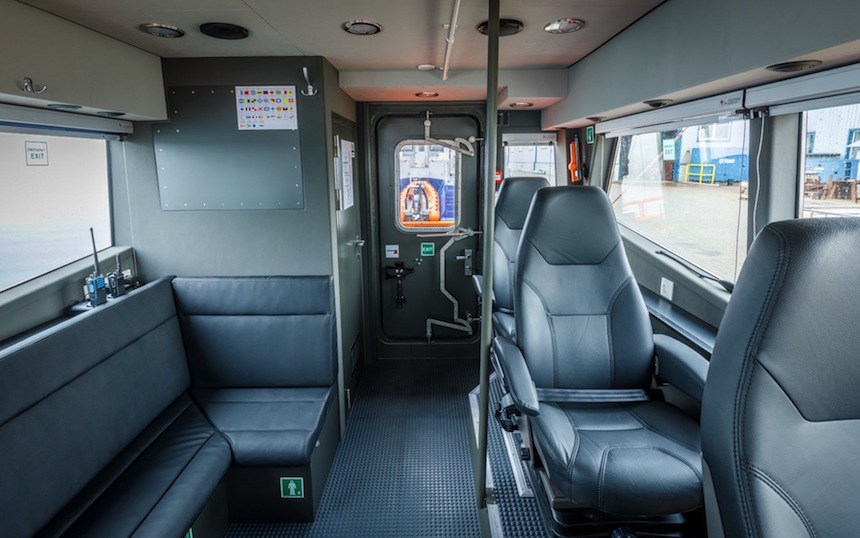 The hull is reinforced to withstand light ice conditions relevant to the southern Baltic and Danish waters, a necessity for the vessel’s operational area of Poland’s Świnoujście and Szczecin harbours. She can handle 30 centimetres of broken ice or five centimetres solid ice at up to five knots.

Pilot 61 is supplied with a conventional propeller system with two Volvo Penta D13MH main engines each providing 368 kW at 1,400 rpm. Power is transferred from the main diesel engines through two ZF 360 gearboxes to shaft lines and two five-blade CJR propellers.

The main engines are self-contained, having built-in pumps, heat exchangers, and integrated lube oil and cooling systems. The heat exchanger is seawater resistant with an integral expansion tank. The engines are equipped with an MCC monitoring system.

All electric components are of proven maritime quality to IEC standards, and the electrical system on board the vessel functions as an uninterruptable power supply. The distribution network is a 24V floating net transformed to uninterrupted 230 VAC true sinus network with good overcapacity and RCD switchboard.

Deck equipment comprises a hydraulic MOB platform in the aft and a boom for a MOB davit on the wheelhouse side. 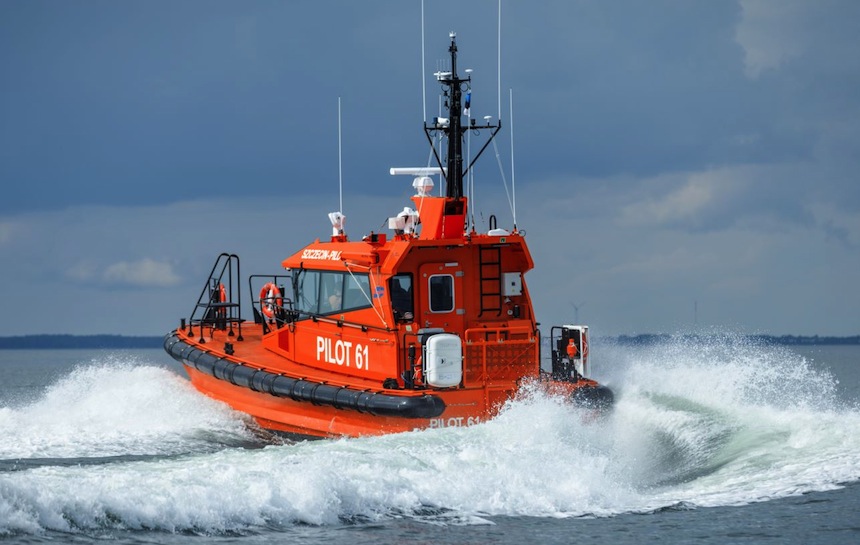 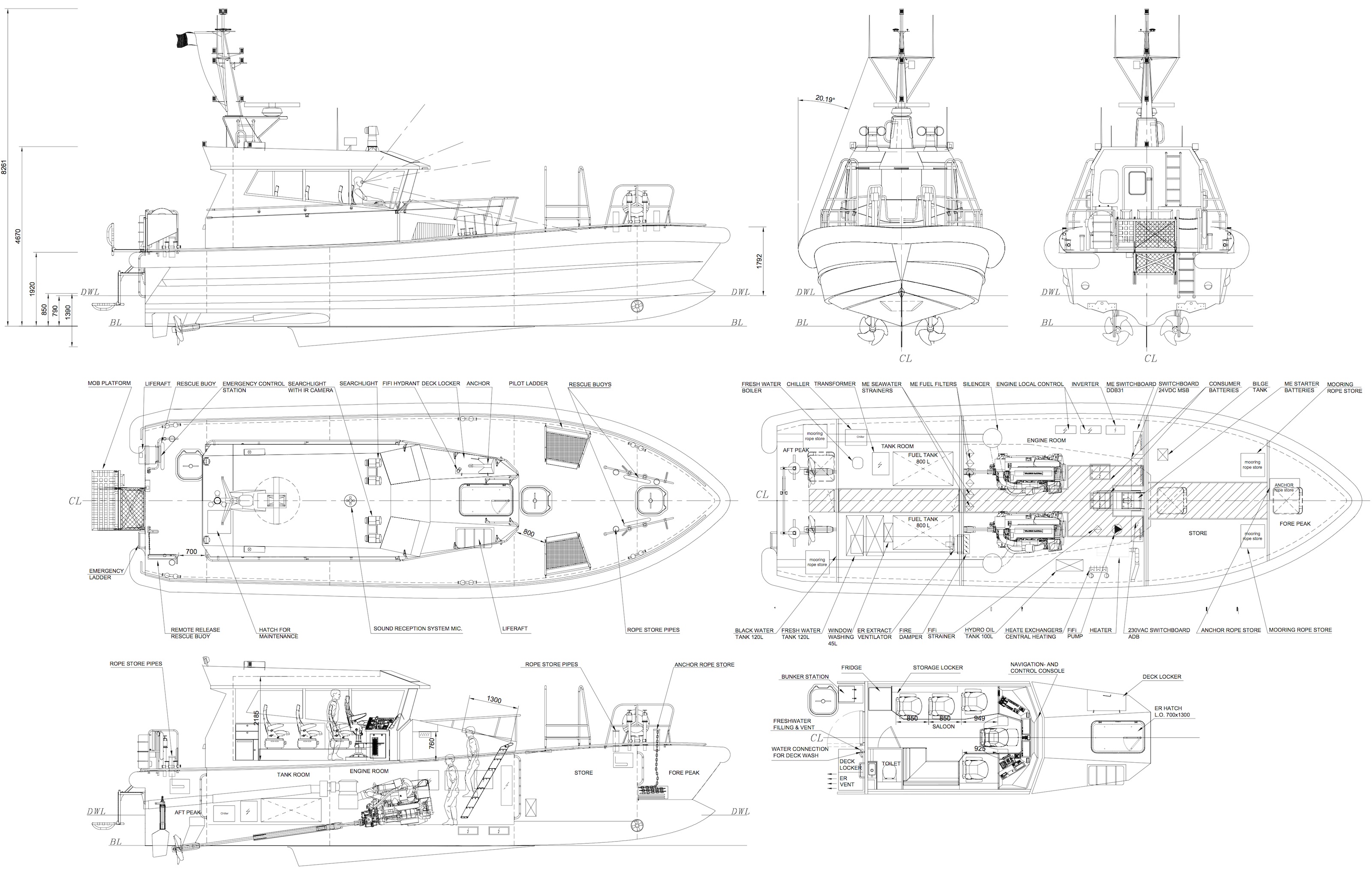