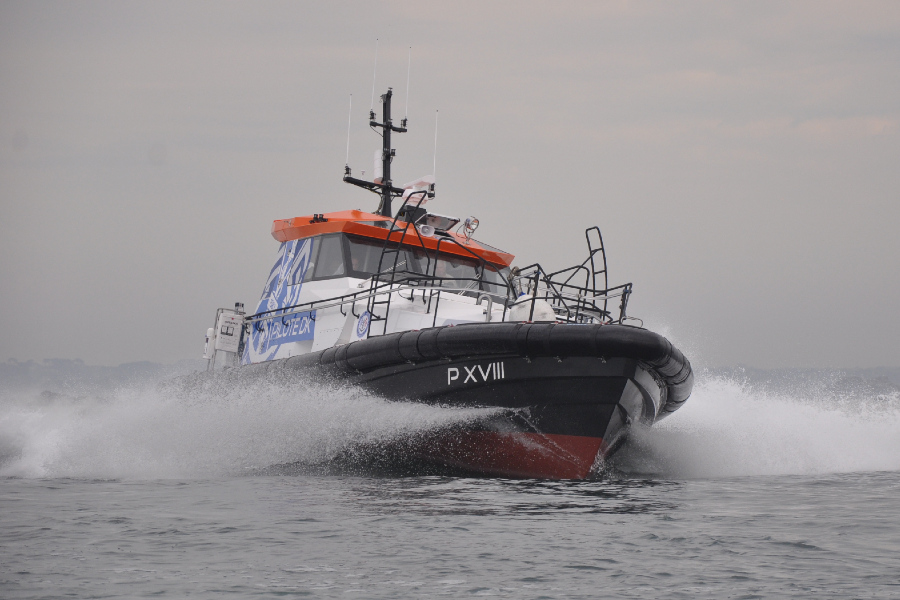 Named P XVII, the vessel possesses both self-righting and all-weather capability, attributes that were put to the test during the previous winter as it operated out of the Port of Calais following its delivery to its new owners in the summer of 2020.

The newbuild has an LOA of 14.2 metres, a beam of 5.07 metres, a draught of 1.49 metres at full load, and a maximum displacement of 21 tonnes. Up to 200 kilograms of additional cargo may also be transported on board during each voyage.

P XVII was designed by naval architect Pierre Delion with a unique FRP evolving V-hull form optimised for stability even in rough seas and when approaching ships of significantly greater size and displacement. The forward hull has a pronounced V-shape to reduce resistance when underway while the rear hull has a more “open” V-shape to provide dynamic lift.

Cooperation with engine manufacturers has enabled the designers to have a better understanding of hull efficiency and parameters such as trim, heel, fuel consumption, and ideal operating speed settings for each sea state. The hull was therefore designed to provide a compromise between stability in rough seas and reasonable performance when sailing at higher speeds in calm waters. Further, the bow helps safely and effectively deflect any sea spray while underway, thus guaranteeing that the deck remains dry for increased safety of pilots during transfers. 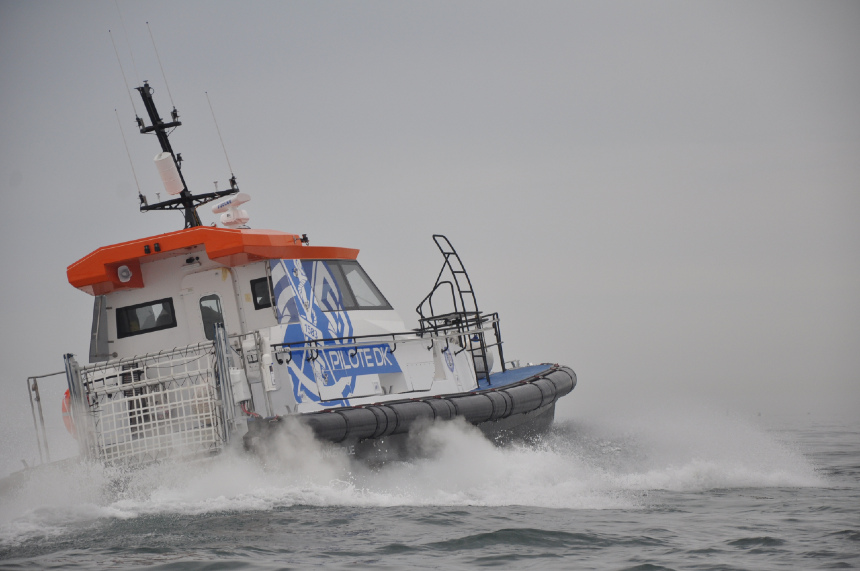 The pilothouse has seating for two crew and up to six passengers/pilots as well as an ergonomically-designed helm station. The owner requested that the helm station be designed in such a way that the vessel will become easier to operate during transfers to and from ships and while executing recovery manoeuvres during man overboard situations.

The pilothouse, which is also made from FRP, is set on a quartet of suspension mounts that not only reduce noise and vibration, but are also shock-resistant to lessen the risk of passenger fatigue.

To somehow make up for its rather modest transport capacity compared to many other newbuild pilot boats, P XVII was designed to ensure enhanced safety and convenience for all on board. Thus, the layout of the pilothouse and the outer deck was carefully designed with wide pathways and safety railings fitted directly onto the cabin exterior – as opposed to the traditional configuration of having them installed on the deck perimeter – to facilitate the safe and unobstructed transfer between the two areas of the vessel and even during ship transfers.

The boat is powered by a pair of Volvo D9 engines, each with an output of 316 kW. Fuel storage is in the form of two tanks with capacity for 835 litres of diesel each. To ensure improved weight distribution and thus enable the vessel to more easily execute tight turns, the engines are mounted farther forward compared to the Volvo IPS arrangements in Sibiril’s earlier pilot boat newbuildings. The engines drive two four-bladed propellers via shafts.

The engine compartment is fitted with a large coaming that allows for increased headroom, thereby allowing technicians to easily carry out maintenance on the engines even while standing up. Access to the engines and peripherals such as shafts is via a large removable panel.

The engines drive two 700-mm four-bladed propellers to enable P XVII to reach speeds of up to 21 knots even at full load. These also deliver a bollard pull of 3.6 tonnes at five knots to allow the vessel to perform light towing duties should the need arise. 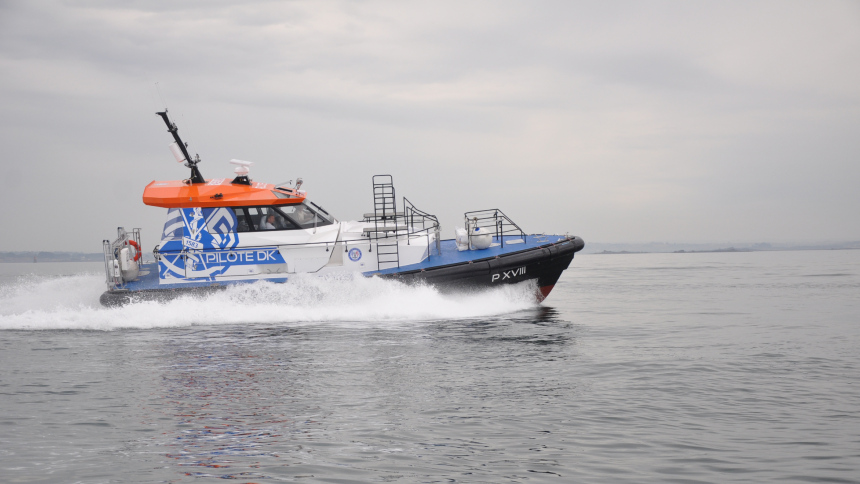 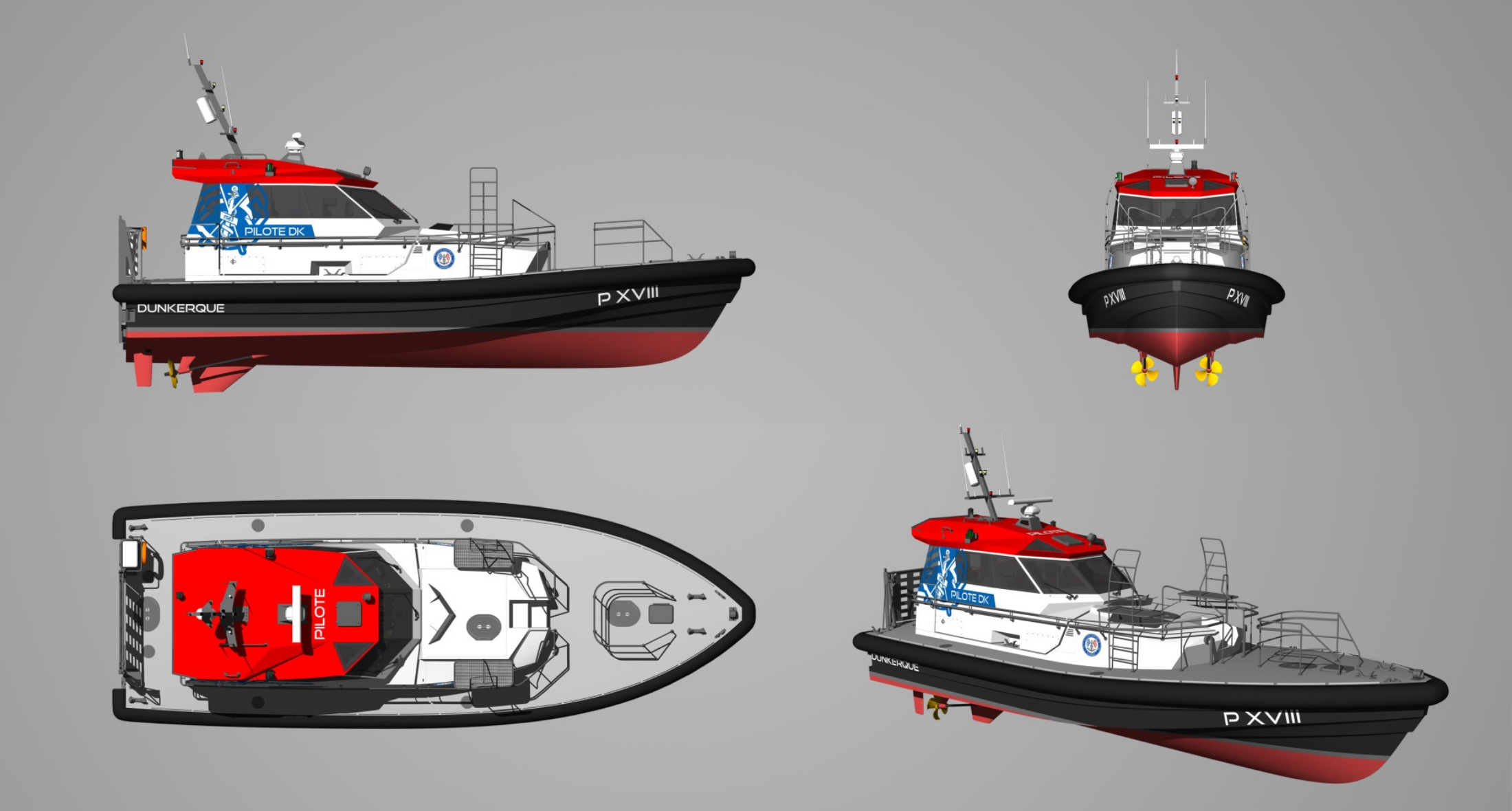