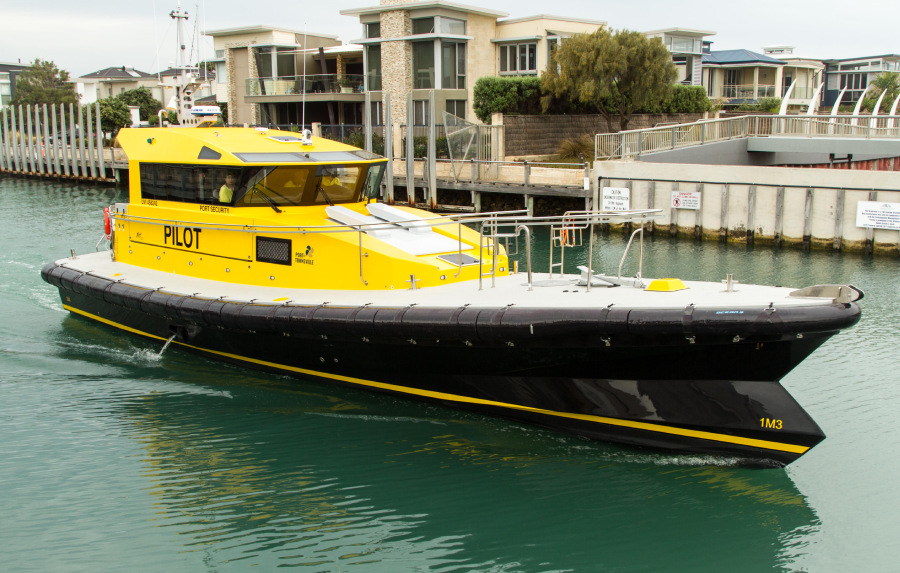 The Port of Townsville in Queensland, Australia, welcomed a new pilot boat into its fleet in March of this year.

The custom-built Mantaray is specifically designed to handle open sea conditions at Abbot Point, where it will be located. The boat was built locally by Hart Marine utilising a design developed by French naval architects Pantocarene.

The new vessel was built to fulfil the Townsville Port Authority’s need for a pilot boat that could sustain longer runs and that could stay anchored in between transfers, with an option for pilots to rest on the day bed located within the wheelhouse. When not in use, the day bed doubles as extra bench seating.

“The client required a similar vessel to expand their fleet, as fleet continuity was extremely important to the Port of Townsville. They wanted their crews to be able to adapt to each vessel easily from a fleet management point of view.”

The boat has an LOA of 17.1 metres, a beam of 5.24 metres, a depth of 2.15 metres, and wheelhouse seating for two crewmembers and four pilots. The wheelhouse is suspension-mounted to reduce noise and vibration and is equipped with forward-angled windscreens to reduce glare and blind spots.

The safety rails are placed further inboard to provide a more open space on deck as well as a variety of options for pilot transfers. This ensures pilots can transfer from the boat to other vessels via nearly any area on the deck as opposed to just one or two dedicated boarding areas. 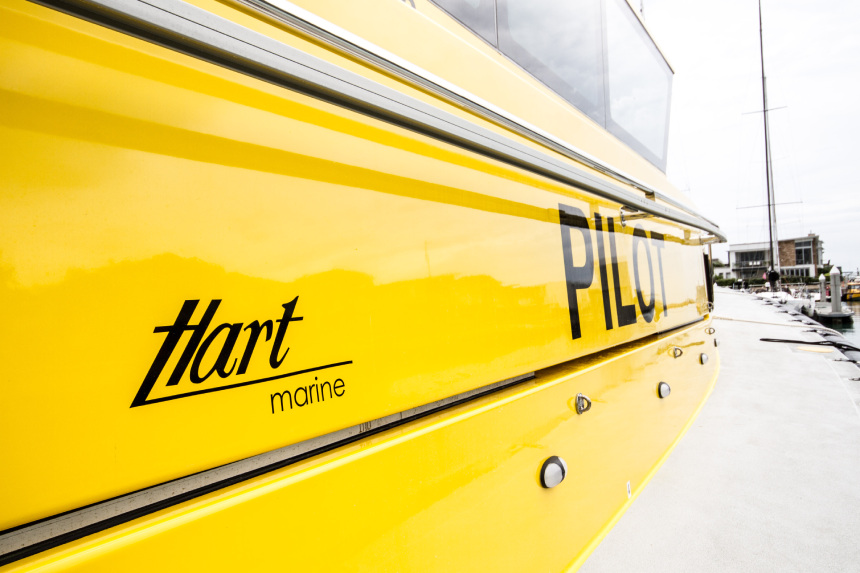 As was the case with many builders in Australia, Hart Marine felt the impact of the Covid-19 pandemic as construction proceeded on the new pilot boat.

“The pandemic and the inability for travel between states was the biggest challenge, but we were able to make this a positive. Communication with the owners was done through video conferencing throughout the build. We also learned extensively on fleet continuity through different-sized builds.”

A Cummins Onan generator set supplies power for the onboard systems, which include electronics from Furuno and VHF radios from ICOM.

“Furuno instruments were fitted to this vessel to match those of the existing Townsville pilotage fleet,” Hart Marine told Baird Maritime, highlighting another attribute of the fleet continuity that the operator wished to achieve.

Mantaray is the fourth active pilot boat in service with the Port of Townsville. It will operate out of Bowen alongside other Townsville Port Authority pilot boats, which the builder said also possess the same highly efficient beak bow design developed by Pantocarene.