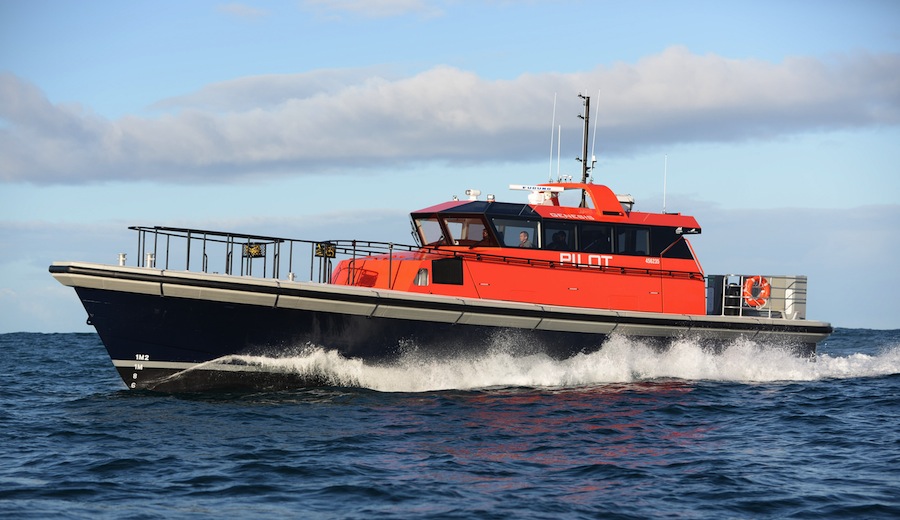 Western Australian boatbuilder Dongara Marine has delivered a second Berkeley-class pilot boat to the port of Fremantle. Named Genesis it joins Berkeley, which has been operating with great success in the Western Australian port since 2015.

Whereas the earlier delivery is owned by Fremantle Pilots, Harbour Services Australia (HSA) acquired the 19.4-metre-long Genesis to join its fleet of 18 workboats. Ranging from six metre punts and mooring / lines boats up to a 21-metre cargo, crew transfer and dive/survey vessel, the fleet includes craft that have been adapted from other roles such as police patrol boats, fishing vessels, and purpose-built pilot boats. Genesis is the first significant newbuild the company has commissioned.

“High open water speed for fast transits, extreme stability, and confirmed self-righting are all hallmarks of the Berkeley class,” Dongara Marine’s Managing Director Rohan Warr said, “but it is arguably the high levels of seakeeping and manoeuvrability that contribute most to the pilot boat design maximising overall operability, as well as the safety and comfort of pilots and crew, even in challenging offshore seas.”

“This is combined with a resiliently mounted composite superstructure, the low weight of which also contributes to stability and operating efficiency, while simultaneously enhancing habitability through reduced noise, vibration, and heat transfer.”

HSA approached the company about a variant tailored to its own specific requirements and preferences.

“We have seen the earlier boats, in particular Berkeley, which we see performing outstandingly day in, day out here in Fremantle,” said HSA’s Operations Manager, Eddie Wolsoncroft. “We’ve also looked at other new pilot boats – and indeed we operate some former pilot boats – but it was clear to us that the WA-built vessel was the right platform for us, in particular due to its superior dryness. 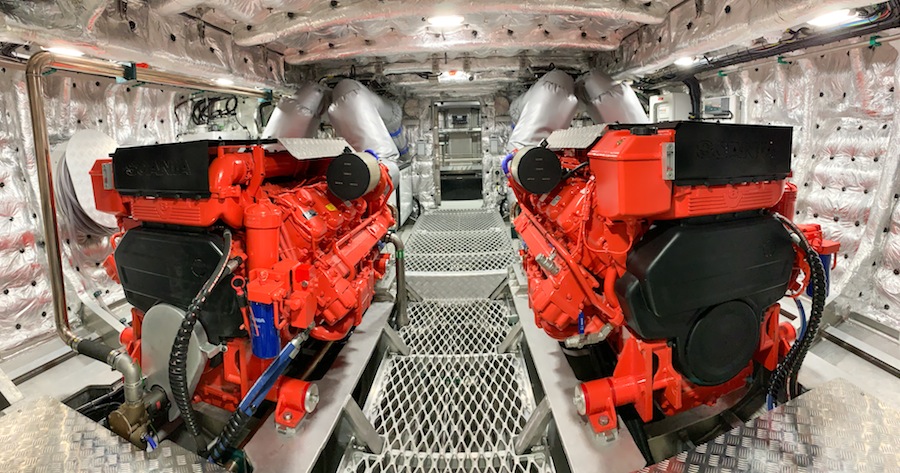 “As a result of optimising the full system, including engines, running gear, and vessel displacement and trim we are achieving fuel consumption that is about 30 per cent less than earlier Berkeleys at the same operating speed,” Wolsoncroft added.

“As with all vessels the competing elements of weight, strength, fuel consumption, and seakeeping form the basis of the elements required to be reconciled in the final design,” commented Andrew Taylor of Southerly Designs. “Defining the optimum balance between these elements is often subjective. In the Berkeley class we have tipped the balance further towards robust strength and superior sea handling qualities, rather than the minimisation of build cost.”

This provides superior protection from grounding and fouling for propellers and rudders, and significantly enhanced roll damping.

Genesis runs comfortably at 24.5 knots and achieved 32 knots at full power during trials.

Oversize cooling water inlets; a central fuel filtration station; multiple inspection and flushing points; and electrical cabling that is not only colour coded and tagged but also physically labelled are a few example of some detail-oriented changes from previous Berkeley-class vessels. 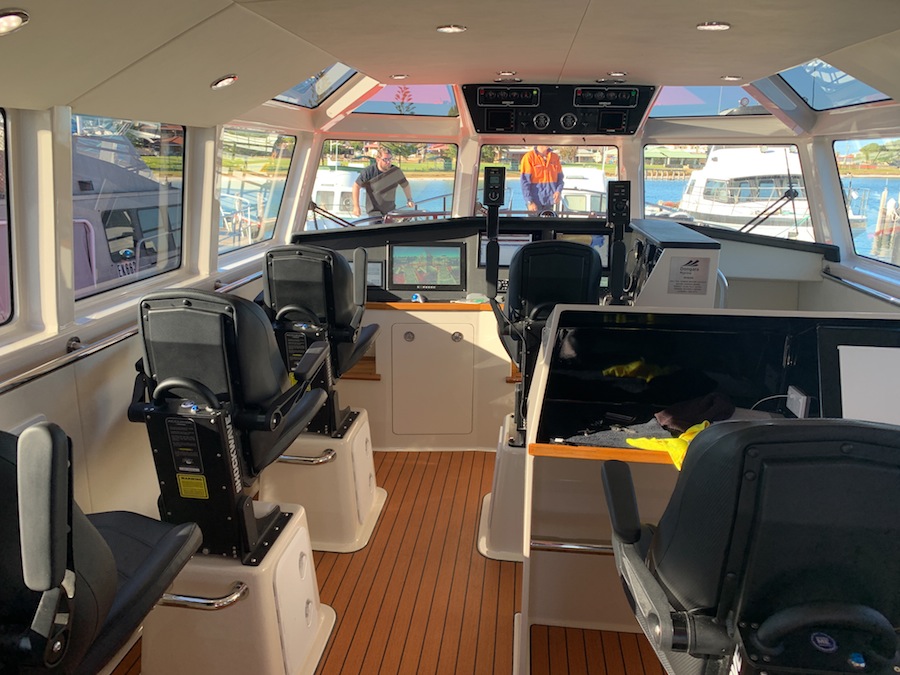 Whereas the preceding Berkeley-class vessels are all dedicated to pilot transfers, Genesis has a more diversified role, transferring surveyors, ships agents, crew and, should it be required, pilots between ship and shore. To facilitate this, the cabin is arranged with military-grade suspension seats for six passengers and two crew, up from the four pilots of the earlier vessels.

While the layout has changed somewhat, the quality and comfort provided to those onboard has remained at superior levels. 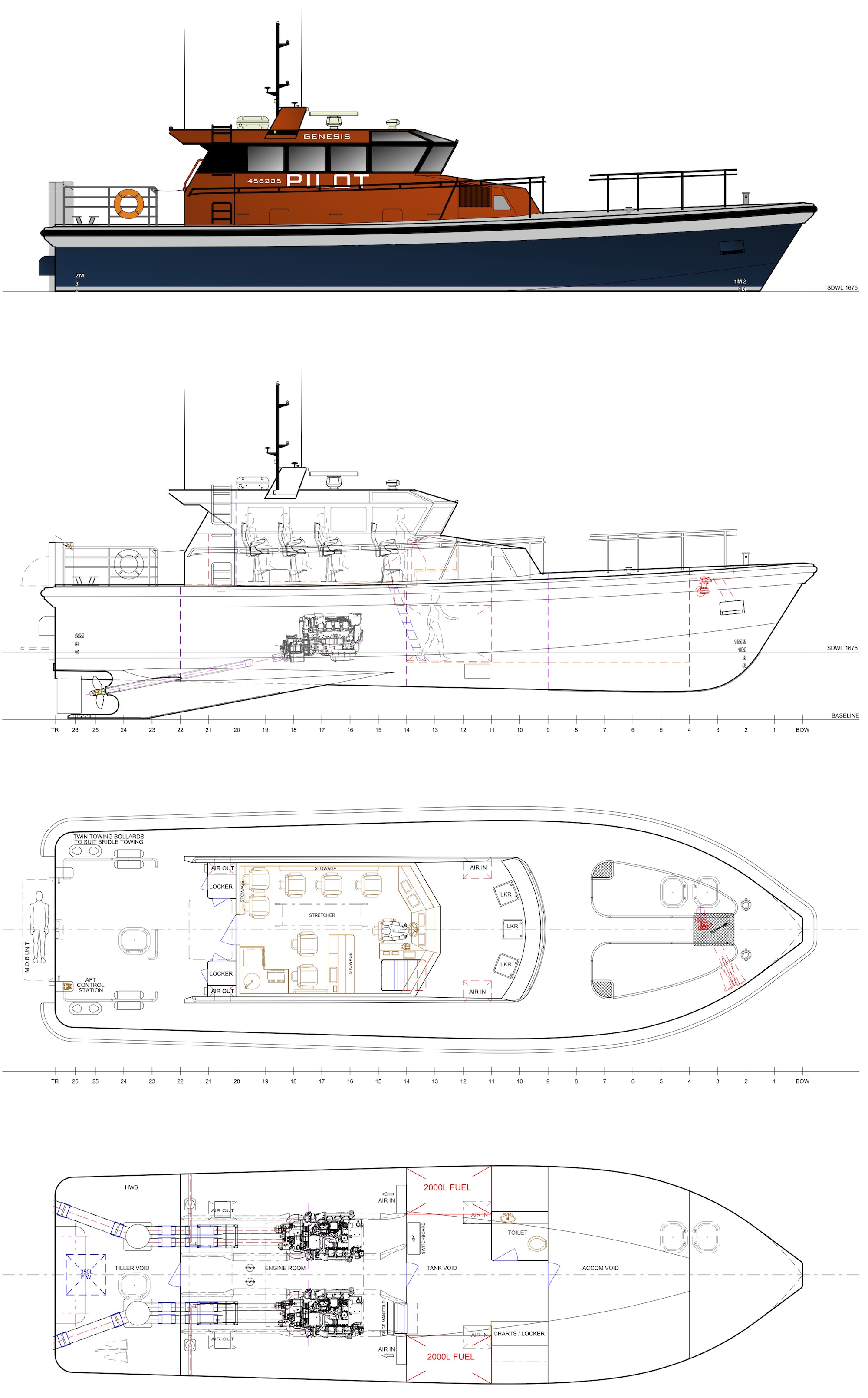