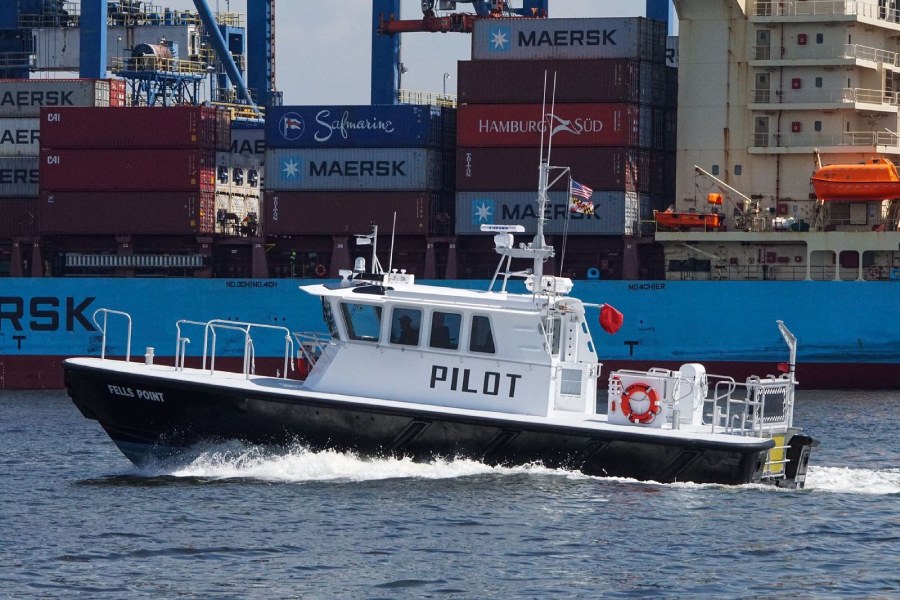 The Association of Maryland Pilots (AMP) recently took delivery of a new pilot launch from Gladding-Hearn Shipbuilding of Massachusetts. Named Fells Point after a neighbourhood in Baltimore, the boat is the first in a new class of pilot launches that are slated to replace the association’s older and larger FRP-hulled, 45-foot (13.7-metre) craft that are nearing retirement.

Boasting an LOA of 48.5 feet (14.7 metres), a beam of 15.6 feet (4.75 metres), and a draught of four feet (1.2 metres), the Ray Hunt-designed, all-aluminium Fells Point features a 20-degree, deep V hull for improved seakeeping ability. The bow has been chopped back above the chine and given heavy rubber protection for bow-on dock landings. The chine itself is designed to reduce spray.

The wheelhouse, flush-mounted to the deck amidship, features a centre-line helm station, five Norsap shock-mitigating reclining seats including two for the coxswain and the deckhand, a bag rack, a refrigerator, and a 16,000Btu reverse-cycle HVAC unit. A second 12,000Btu HVAC unit is installed in the forecastle, which also includes a portable toilet, a tool box, and storage for safety gear.

Each crew station is fitted with an electronic helm unit and SS destroyer-type wheel. A CanTrak display is located on the wheelhouse console for system programming and rudder-angle indication.

Outside of the wheelhouse are heated, wide side decks, side and rear doors, and boarding platforms on the roof to enable safe pilot transfers to and from larger ships. Harken safety rails have been installed on the sides and around the front of the wheelhouse. A hydraulically-powered, J-basket rescue system with control station is located at the transom for use in man overboard recovery situations.

Power for the boat is provided by a pair of Volvo Penta D13 US EPA Tier III-compliant diesel engines that each produce 600 hp (447 kW) at 1,900 rpm. The engines drive two Bruntons five-bladed propellers via ZF 400-A gearboxes to deliver a top speed of 30 knots and a service speed of 28 knots, making Fells Point significantly faster than the boats it is slated to replace.

The newbuild is also more versatile than its larger predecessors, its shallower draught and better manoeuvrability giving it the flexibility needed to navigate in close quarters at the Port of Baltimore and to deliver pilots easily whether via alongside ship or dock transfers. The draught was kept as low as possible by recessing the propellers into shallow tunnels. This arrangement also reduced the angle of the shafts, thereby improving efficiency.

A Humphree interceptor trim-tab control system with automatic trim optimisation is installed at the transom. The interceptors hold running trim at low angles at lower planing speeds while allowing plenty of bow-up trim in following seas. 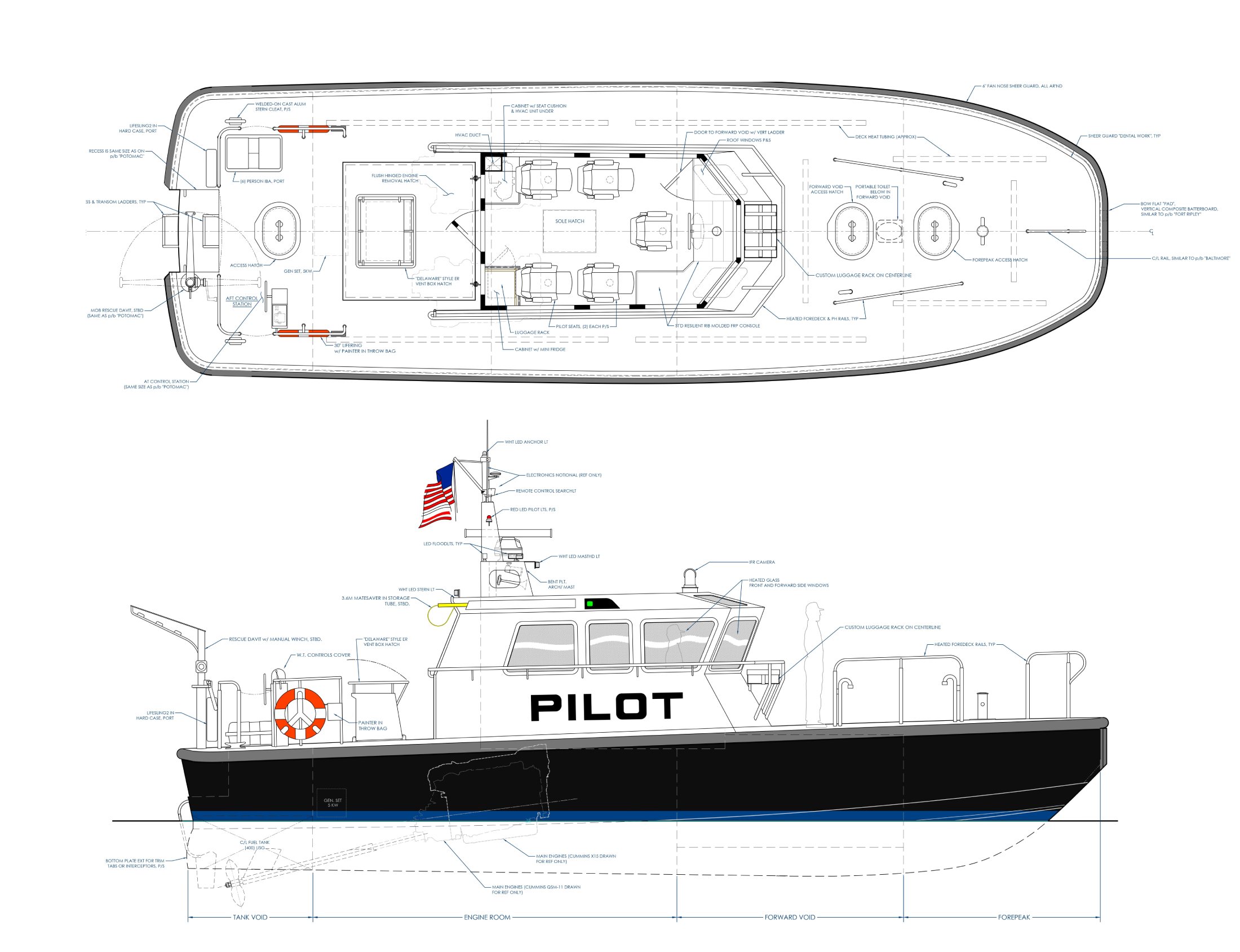