The all-aluminium boats each have a length of 13.04 metres, a beam of 4.14 metres, a maximum draught of 70 centimetres, a depth of 2.04 metres, and a full load displacement of 13.4 tonnes. There is seating for two crew and 10 passengers/pilots as well as deck space at the stern that could accommodate up to 1,000 kilograms of cargo.

“This is one of the few newbuilding projects we’ve done for clients outside of Croatia,” Colnago told Baird Maritime. “Also, these two vessels are among the relatively few utility-optimised boats we’ve ever built, and so the entire process was a learning experience for our team, particularly in the design and construction of vessels that were considerably different from the pleasure craft and sightseeing boats that are typically ordered by our customers.” 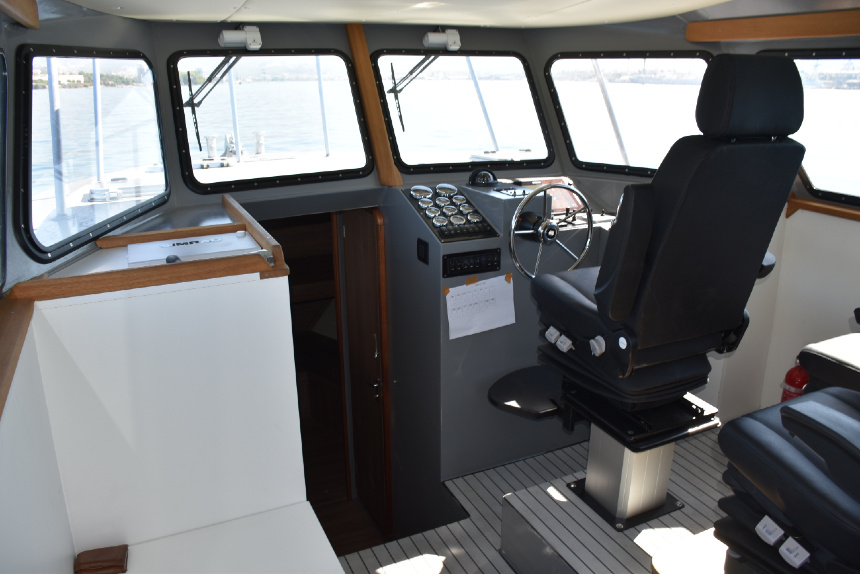 Colnago further claims that, since the ports where the vessels will operate had a number of similarities with the ports found on Croatia’s Adriatic coast, it had little trouble coming up with boat designs that would be suitable for a broad range of weather and sea conditions in the waters off northwestern Ecuador.

The cabin on each vessel has space for a wheelhouse, passenger seating, a galley with refrigerator, and a toilet. A crew rest area is located at the bow just forward and slightly below the operator’s station.

The bow and the stern both feature a weather deck while passages are found on either side of the cabin to facilitate the transfer of pilots to larger ships. 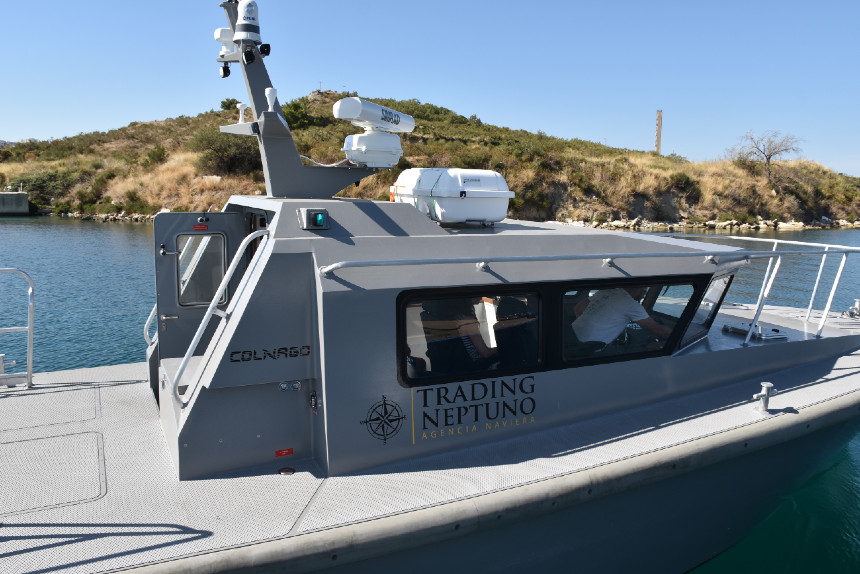 One noticeable attribute of the vessels is the placement of some of the safety railings directly onto the cabin exterior instead of the traditional installation on the vessel’s perimeter. This ensures that transfers can also be done via the deck area on either side of the cabin in addition to the bow.

The cabin also features seats from Cleeman and navigation lights and reflectors from Hella Marine. The rest of the interior lighting had been developed in-house by Colnago.

Each boat has an electronics suite that includes a FLIR camera, Clarion speakers, and a navigation package from Simrad that consists of a 10kW radar, a chart plotter, and a VHF radio. Webasto of Germany had supplied the boats’ air-conditioning units as well as the 49-litre onboard refrigerators. 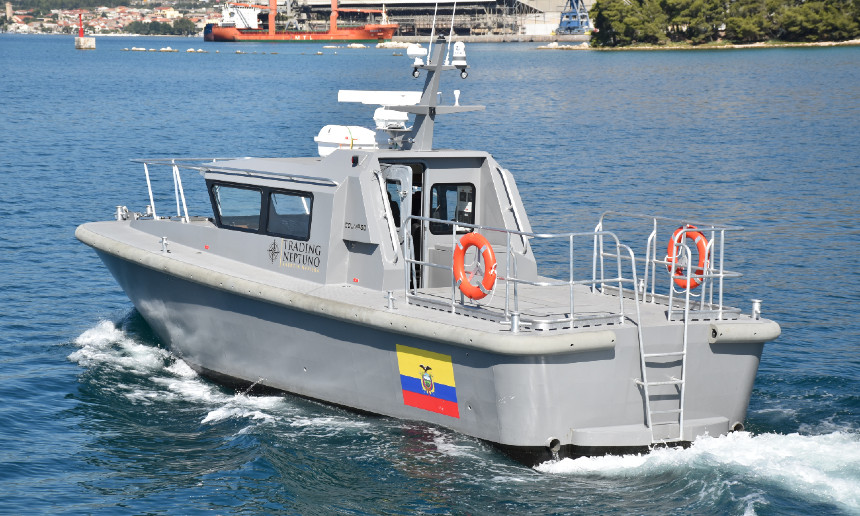 The boats are each powered by a pair of Cummins QSB6.7 357kW diesel engines connected to Twin Disc gearboxes and turning conventional propellers. This arrangement provides a cruising speed of 27 knots in calm waters and a maximum speed of 33 knots. Safe navigation is possible in conditions of up to Sea State four and grade seven winds on the Beaufort scale.

Although intended primarily for pilot transfer work even under adverse weather conditions, the vessels are versatile and durable enough to be fitted out for secondary duties such as medical evacuation, search and rescue, and surveillance in both coastal and inshore waters. This was in fulfilment of a key requirement of the customer, which had needed vessels that may also be adapted for other roles as opposed to the costlier alternative of acquiring, operating, and maintaining a much larger fleet of specialised craft.

The two new pilot boats have already begun operating under Trading Neptuno out of its head office in the major international port of Esmeraldas, through which a significant portion of Ecuador’s wood chip and banana exports are shipped.