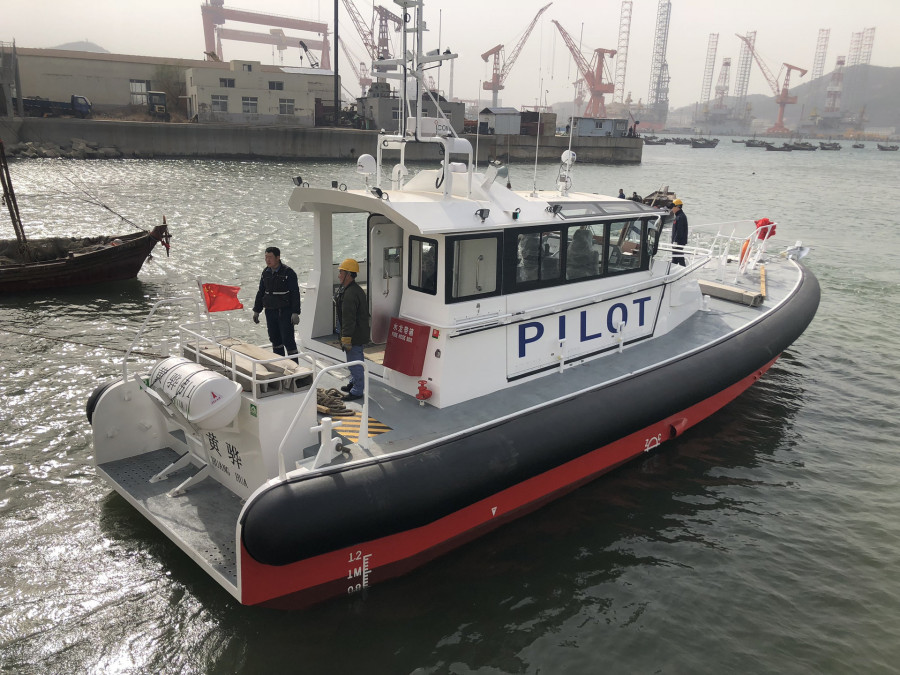 A 17.3-metre pilot boat has been built and delivered in China by Aurora Yachts, based in Dalian, north-east China.

This is the eighth boat built so far to the same Naiad Design model. Huang Hua Yin 1 is operating in the port of Huanghua, in the province Hebei, on the Bohai Gulf in the northeast of China, an area of huge population and industrial activity.

The pilot boat features an isolated crew cabin, which removes all vibration and much of the engine and associated noise. The cabin effectively sits on six specially-designed rubber mounts, with all electrical and other services routed between cabin and engine room through sealed snorkel ducts. The result is an impressive noise level of 66dB at maximum speed.

Most of the Naiad pilot boats built in China have to date have been powered by Caterpillar engines, but this is the first Naiad 17-metre to have Volvo engines fitted.

“The Volvo engines impressed us with their performance, smoothness and economy,” commented John Cowan, Director, Naiad, at the sea trials. “They have a good power-to-weight ratio, which for these big boats is an important design consideration”.

And the performance is good! The recorded top speed of 29.3 knots with 12 persons on board was achieved in a moderate sea, and with service speed of 24 knots using 300 litres per hour. 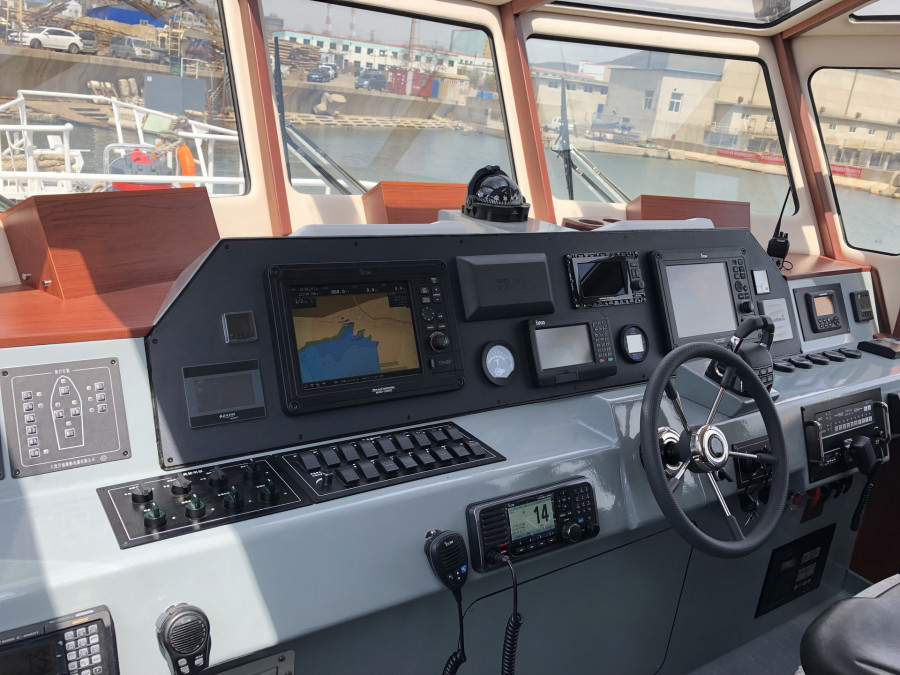 This was also the first Naiad to be fitted with a gyro stabiliser. This is a Chinese unit manufactured by Jiwu Tech. It is mounted aft on the centreline and adds 640 kilograms of weight to the vessel. Sea trial conditions were too moderate to really enjoy the benefit of the unit. It is expected to be particularly useful at loiter speeds.

The boat features the usual high standard of fitout and specification from Aurora. The cabin is neatly trimmed in soft vinyl panelling with attractive wood detailing. A small galley unit is positioned in the main cabin, along with 12 suspension seats. This region experiences large seasonal temperature changes and so a genset-powered air-conditioning system keeps the crew cabin cool in the hot summer months, and warm in winter.

On the lower level there are two crew bunks, and a toilet compartment. The large engine room is an engineer’s delight, with secondary access from deck at the forward part of the cabin. 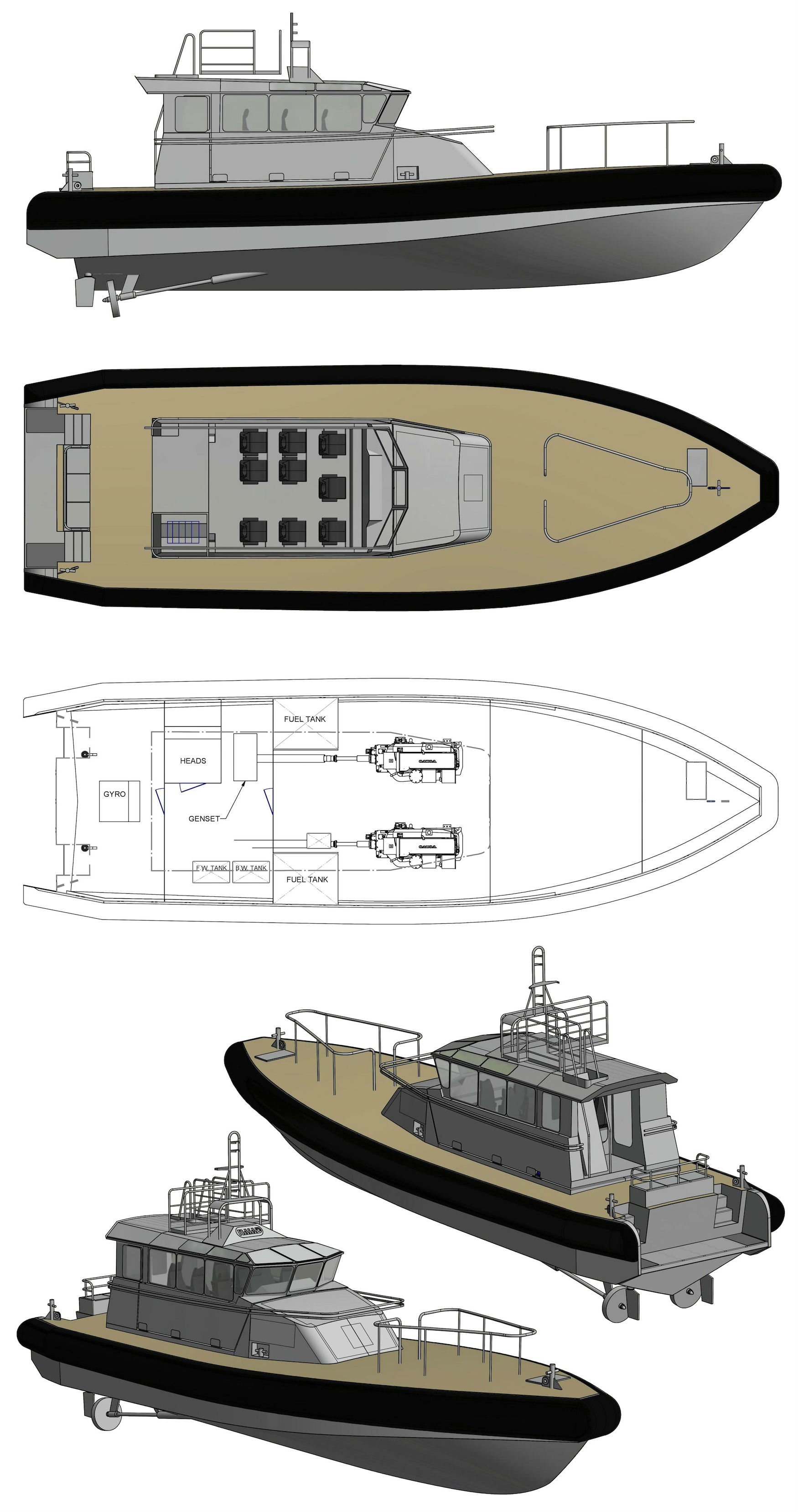