Written by Baird Maritime on November 24, 2017. Posted in Pilotage. 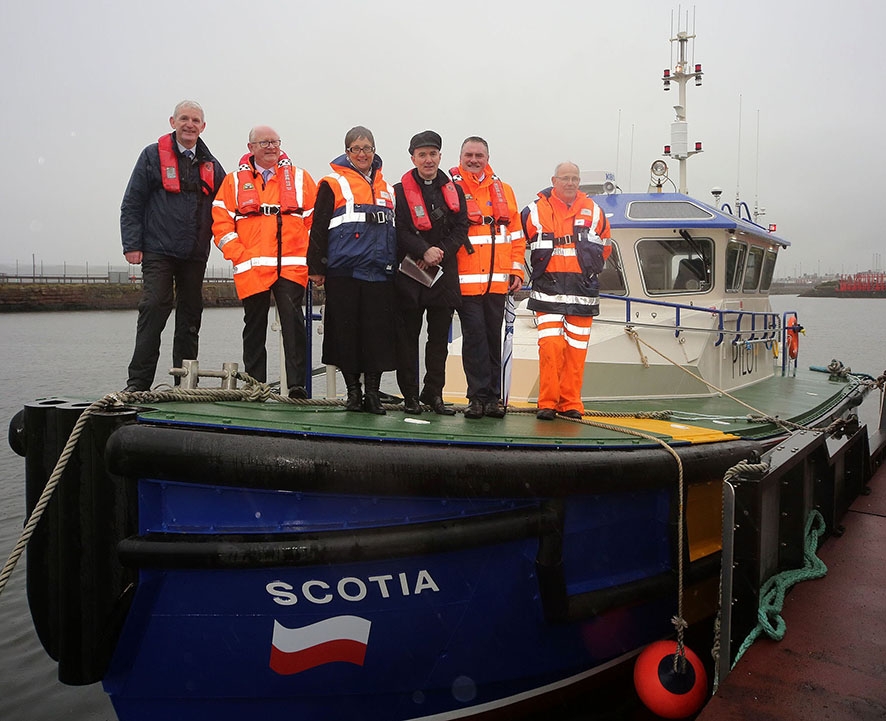 The Scottish ports of Ayr and Troon have welcomed the delivery of a new 12.5-metre pilot vessel, Scotia.

Associated British Ports said the Scottish-built £700,000 (US$930,000) vessel was unveiled at a naming ceremony at the Port of Troon.

Delivered ahead of schedule by Aberdeenshire’s MacDuff Shipyards via the Caledonian Canal, Scotia will replace long-serving vessel The Lady Kyle after a quarter-century of service.

Scotia will perform general harbour duties and help along Scotland’s west coast outside of the port’s boundaries.

Equipped with two John Deere main engines with a total power of 478kW, the vessel has a top speed of 12 knots, a bollard pull of more than five tonnes and a full MOB recovery system.

Scotia will be based at Ayr.