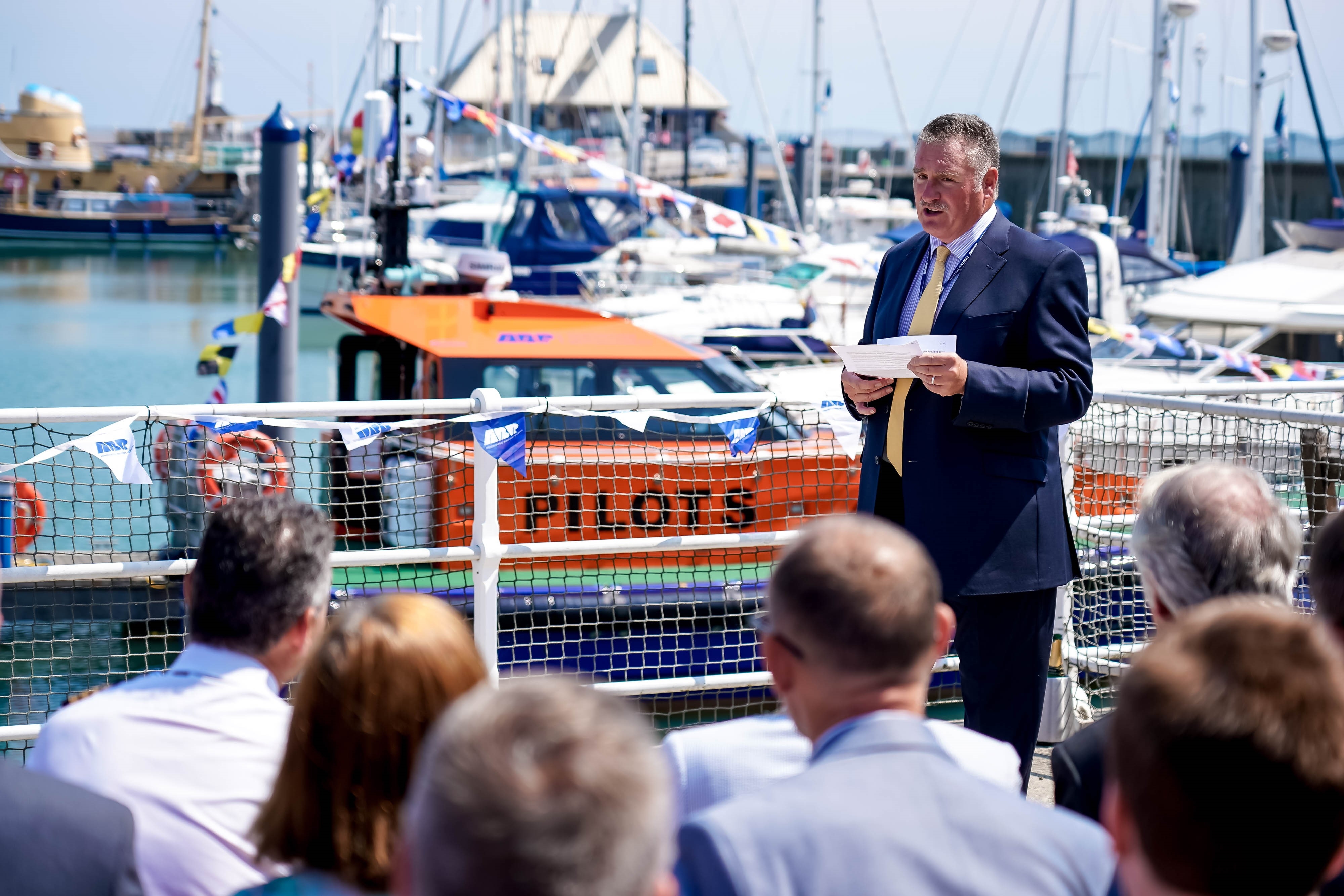 An official naming ceremony was held for Kingfisher, the UK Port of Lowestoft’s newest pilot boat, on Tuesday, July 16.

Goodchild Marine Services built the £670,000 (US$835,000) vessel following the award of a contract by Associated British Ports (ABP) in October of last year.

Designed by France’s Pantocarene, Kingfisher has a carbon fibre hull, a length of 12 metres, and a speed in excess of 26 knots.