Written by Baird Maritime on December 3, 2019. Posted in Pilotage. 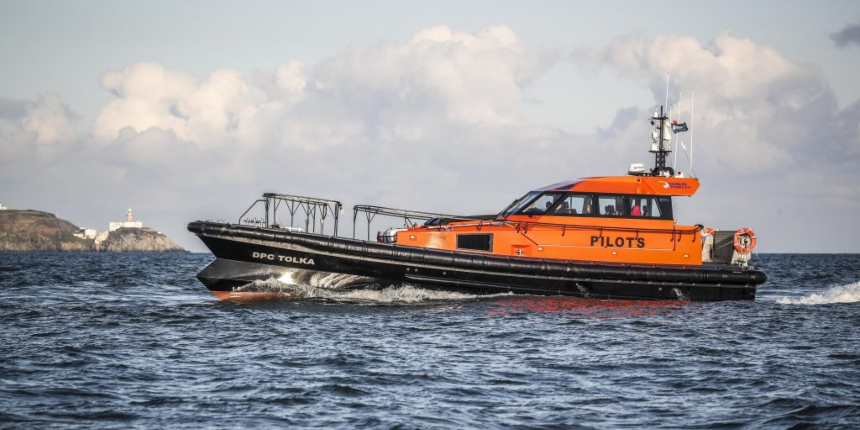 The 17-metre DPC Tolka will operate alongside two other modern pilot boats in the DPC fleet and will replace an older vessel that had served the port for 23 years.

The Pantocarene-designed vessel was originally ordered by DPC from Goodchild Marine in 2018.