Written by Baird Maritime on January 10, 2018. Posted in Pilotage. 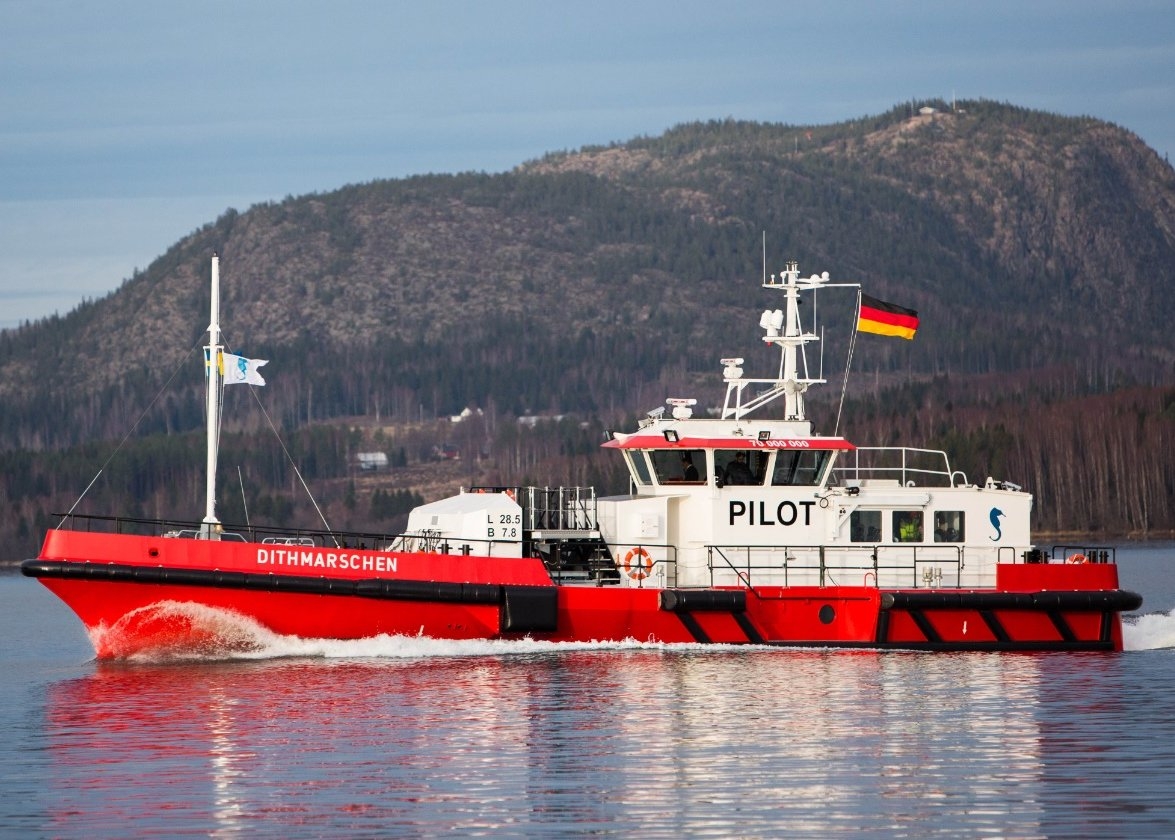 Commissioned by the owners in cooperation with SVA Tec in Potsdam, the 27.60-metre vessel Dithmarschen, with a seven-metre beam and 2.6-metre draught, has a full-load displacement of 120 tonnes.

Featuring a steel hull built by Riga Shipyard, aluminium deckhouse by Aluspec and a 100-square-metre deck area, Dithmarschen has an operating speed of 12 knots and top speed under full load conditions of 14.3 knots.

The propulsion system includes a Caterpillar C32 engine rated at 895KW at 1,800rpm, a Reintjes gearbox, and a Caterpillar controllable-pitch propeller.

A sister vessel will be delivered in May 20.

The newbuilds will replace three older pilot boats and will be operated by Lotsbetriebsverein at Brunsbuettel in the Elbe estuary, serving the traffic to and from Hamburg and the Kiel Canal.

The vessel is believed to be the first built in Sweden according to the harmonised EU-Rules for inland navigation and is classed by the Swedish Transport Board through DNV-GL for Zone 2.