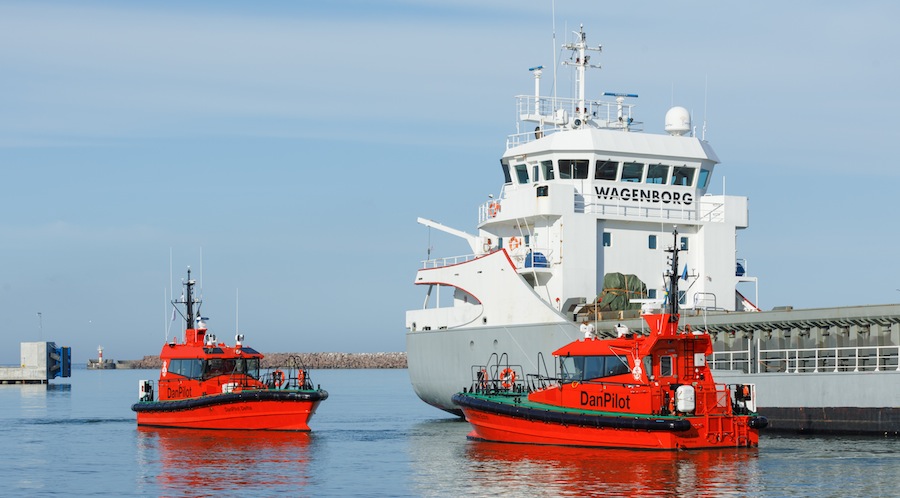 For thousands of years ships have sailed the oceans, through most of recorded history. Most of those centuries saw little change regarding sea transport, wooden vessels propelled by oars or sail. At times tectonic change did come to the very tradition bound business. The movement from sail to steam was one, as we approach the middle of the 21st century, perhaps another shift is emerging.

It would be an understatement to say automation is a critical discussion today. Between AI and 3D print technology, the world we all know faces major change. International marine transportation will not escape unscathed. It is, however, an industry spread across the globe and changes may come in stutter steps to all the far flung segments of the business. The million dollar question is when and how will the coming change occur? Who will be most or least effected? Will international trade itself change?

If yes, what will be the change? Possibly a move away from international, intermodal trade to more localised, specialised, on-demand trade. If that evolves, if would likely mean a move away from ultra large container vessels (ULCVs) on the Asia/Pacific and Asia/Atlantic trades to smaller container ships trading more locally. We have entered into a throe of change not seen since the industrial revolution of the nineteenth century.

The international ship piloting business, including operations and pilot boats will not escape the coming tsunami, so serious consideration and planning for the future will be critical to those in this segment of marine transportation. The first question most ask pertains to automated ships and how they will affect the industry. Although few would argue the reality of automated ships, their dominance on the oceans is farther away than many think.

As to its effect on piloting operations, it is far enough out to negate serious consideration over the next decade, perhaps even two. Let there be no misunderstanding, however, as any long term plan will have to address the issue. In the intermediate term, planning in the piloting world will likely focus on issues like The Public Trust, training, safety, distraction, competence, fatigue, design, efficiencies, etc.

In the intermediate and long term, pilot boats will be essential to ship piloting operations in all ports around the world. In demand today: High speed, fuel efficient, safe and stable platforms for pilot transfers. Significant is the ability to meet today’s engine emission regulations. Some modern designs are also fully self-righting, a significant safety issue, the pilot boat itself is the primary safety platform.

The most common pilot boat design presently in use worldwide is still a monohull built boat using aluminium. The future will certainly see advanced hull designs using hybrid type propulsion systems focusing on ergonomics and comfort for sleeping to reduce fatigue while on the boats. Efficiency and reduced carbon imprints will also be a fundamental element in future pilot boats.

Hull forms will be engineered to optimise fuel economy along with seakeeping capabilities. Wave piercing bows may see an increase in use as they can reduce vertical acceleration when taking head seas at speed. Designers may consider cabins being located aft where the vessels motion is less. Already in use around the world is the SWATH (small waterplane area twin hull). These twin hull vessels are known for their excellent sea keeping ability and for providing stable platforms for both comfort and pilot transfers (safety). The authors would anticipate seeing more of this type pilot vessel in the future.

Aluminium has probably been the most common high-speed pilot boat material but modern non metal materials such as FRP (fibre-reinforced polymer) have become desirable due to their strength, light weight and elimination of corrosion. Modern materials can help extend the service life and reduce maintenance costs of pilot vessels.

Smaller, lighter weight high performance diesel engines are a predicted trend to reduce the overall weight of the vessel.

Waterjet propulsion will increase for better efficiency at higher speeds and less opportunity for debris damage on propellers. Waterjet vessels are highly manoeuvrable and perform quite well on pilot boat applications.

Modern wheelhouse electronics packages along with a well-designed, ergonomic layout, seating position, and excellent visibility will contribute significantly to comfort during lengthy periods aboard the pilot boats, with an anticipated reduction in fatigue.

Challenges for the future

Ever increasing overall regulations will undoubtedly result in ever increasing cost of new pilot boats. A pilot boat that cost one million US dollars to build 20 years ago will cost several millions today and likely much more in the future. The big ocean pilot station boats like those used in Rotterdam and New York/New Jersey will cost as much as a small ship to build, making the decisions of what to build and when to build absolutely critical to the bottom line.

The increased costs of operating an already logistically complicated operation will lead to overall increased piloting costs. Along with increased piloting costs will be increased expectations from the public and regulatory agencies worldwide, bad players will be less tolerated. The individual pilot’s role and the operation supporting them is greater than self-interest and, in fact, embraces the Public Trust. If it is not already apparent, it will become so to those in the business as worldwide, focus will be on protecting the environment while we engage in essential and vital ocean trade.