Written by Baird Maritime on December 6, 2019. Posted in Pilotage. 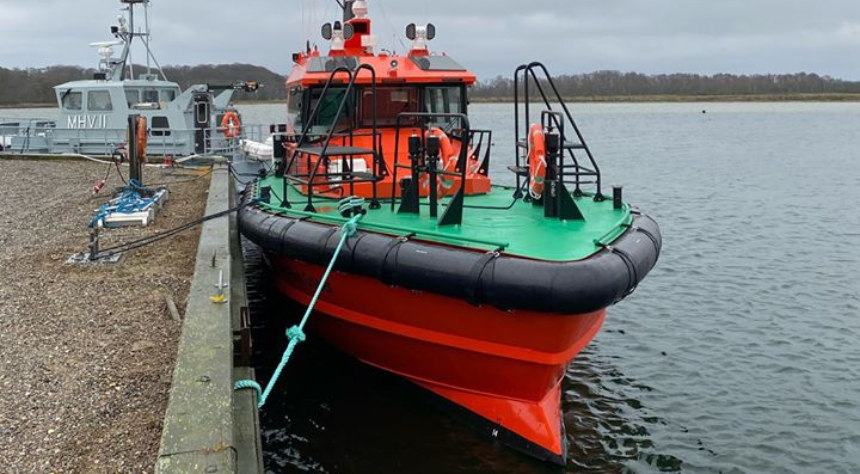 Named Oscar, the vessel joins 12 other wave-piercing and self-righting pilot boats from the same series ordered by DanPilot from Baltic Workboats.

The newbuild has an LOA of 14.95 metres, a beam of 4.5 metres, a draught of 1.34 metres, capacity for two crew plus six pilots/passengers, and two 368kW engines that deliver a speed of 27 knots.