Sailors from the Royal New Zealand Navy are now able to regularly train at sea without leaving the port.

A new training facility moored at the Devonport Naval Base allows sailors to develop seamanship skills in a realistic working environment that has the look and feel of a navy ship.

The facility, accessed by a 35-metre bridge, weighs 145 tonnes, is 24 metres long, and includes equipment such as decks, rails, lines, and ladders, along with winches, cranes and hydraulics needed to raise and lower support vessels. 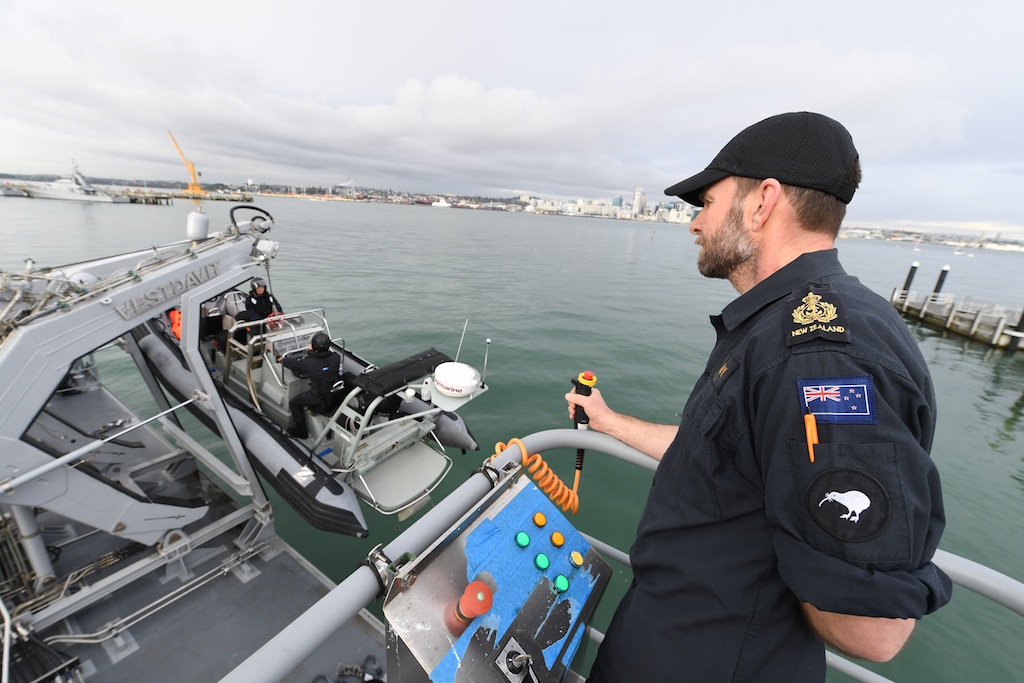 The facility enables sailors to train in water-based seamanship skills such as man-overboard recovery, launching of rigid-hulled inflatable boats by crane, pilot ladder use, and life-raft launch and recovery.

“Now we can have standardised seamanship training for all of the New Zealand Defence Force, not just the navy, in an environment where these skills can be practised day or night – allowing repetition that develops experience before going to sea,” said Chief of Navy, Rear Admiral John Martin.

“Our people no longer need to rely on classroom work or heaving lines across the parade ground, they can now train in these evolutions on site and for real,” he said. “This will make a difference to the fleet and to the defence force in how we prepare to go to sea.”