Written by Baird Maritime on April 17, 2019. Posted in Firefighting. 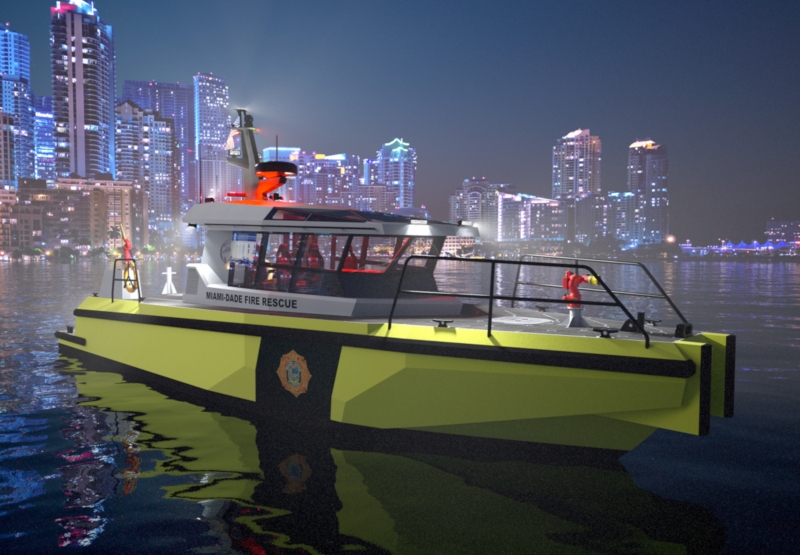 Metal Shark Boats has been selected to design and build a new series of fire boats for the Miami-Dade Fire Rescue Department of Miami-Dade County, Florida.

The 15- by four-metre vessels will be powered by twin inboard diesel engines mated to waterjet propulsion units. The vessels’ projected top speed is in excess of 45 knots while a 30-knot cruising speed is expected to give it an operating range of approximately 250 nautical miles.

The boats will be equipped with a full complement of firefighting equipment as well as large overhead skylights for upward visibility from the cabins while approaching and operating alongside moving ships or elevated structures.