Written by Baird Maritime on January 8, 2021. Posted in Firefighting, Search and Rescue. 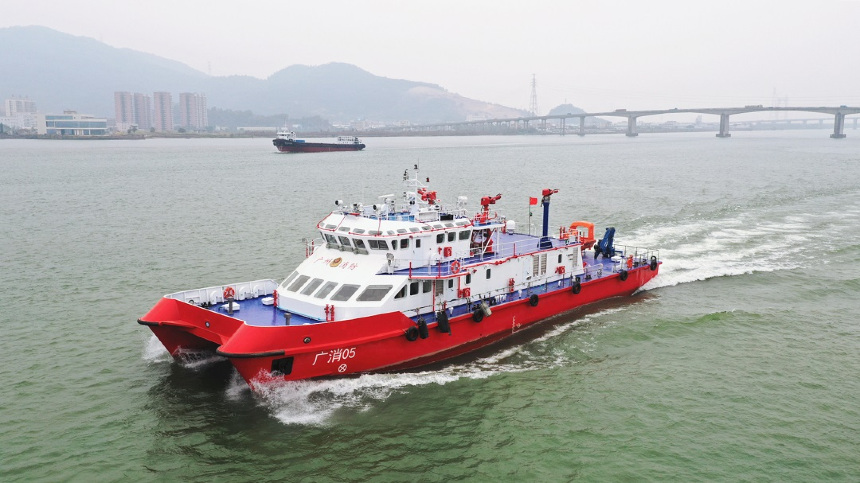 China’s Jianglong Shipbuilding has completed construction of a new firefighting boat for operation in the waters of the Dawan District off Guangdong province.

The steel-aluminium catamaran vessel recently concluded successful sea trials and will be delivered to the Guangzhou Fire Department in the coming weeks.

The newbuild has an LOA of 38.5 metres, a beam of 11.2 metres, and a speed of 24 knots. The firefighting equipment consists of a 3,500 m³/h-rated pump and four water/foam monitors.

The electronics include an advanced information system that provides a 3D map of the immediate area around the vessel, thus ensuring improved situational awareness for the crew.

The vessel is also equipped for search and rescue (SAR) and may even be used as a mother ship for an unmanned aerial vehicle (UAV) and a small response craft, which will be launched and recovered via a stern ramp.