Written by Baird Maritime on April 24, 2020. Posted in Firefighting, Search and Rescue. 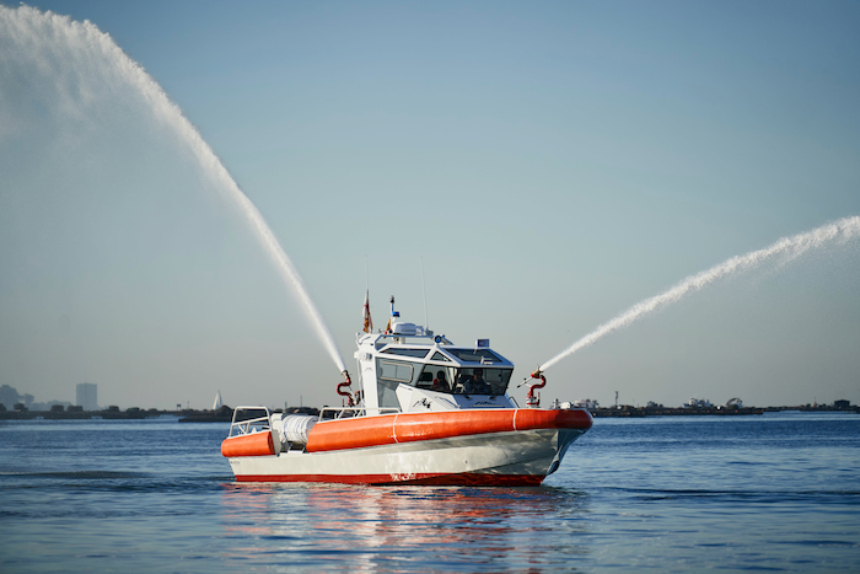 The newbuild will be jointly crewed by AML and Mauritius National Coast Guard personnel and will be operated in the waters near Sir Seewoosagur Ramgoolam International Airport.

The boat has an LOA of 11 metres, a two-monitor firefighting pump rated at 250 cubic metres per hour, cabin seating for eight crew, and two 50-person liferafts. Two 186kW outboard engines deliver a speed of 32 knots.