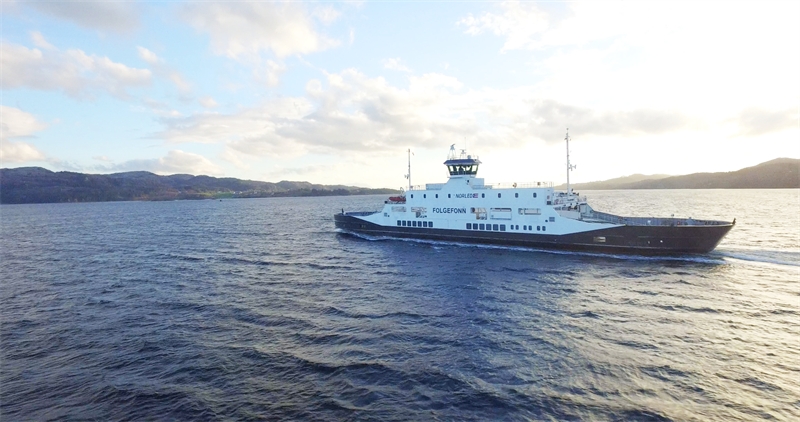 Wärtsilä has successfully completed a series of test procedures of its automated dock-to-dock system.

The system was tested on Norled’s double-ended Ro-Pax ferry Folgefonn, autonomous operation being utilised uninterrupted for the entire route as the vessel visited three different ports.

Once the operator selected the next destination berth, the operation was started by simply selecting “Sail,” which authorises the autonomous controller to take control of the vessel.

The ferry was able to leave the dock, maoeuvre out of the harbour, sail to the next port of call, maoeuvre through the harbour entrance, and dock alongside the terminal—all without human intervention.

It is one of the first ever attempts at fully automated dock-to-dock operation, in complete hands-off mode, for a vessel of this size.

Navigation of the vessel is controlled through the use of a series of tracks and waypoints, which guide the ship to the next destination. The autonomous controller, which is based on Wärtsilä’s existing DP system, controls the vessel’s speed, position on the pre-defined track, and heading.