Written by Baird Maritime on February 26, 2018. Posted in Ro-Pax World. 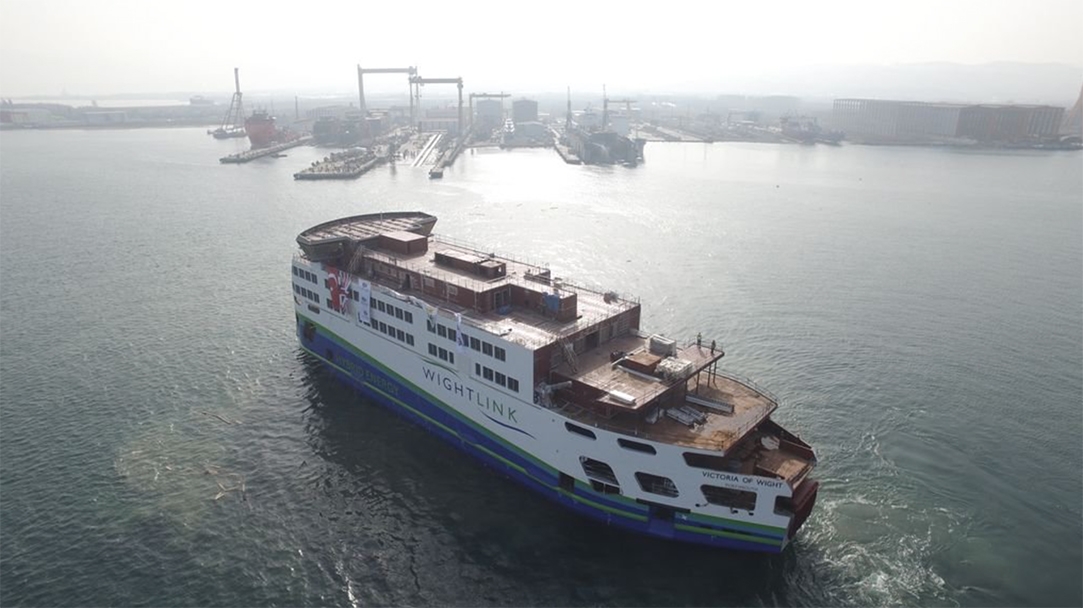 Together with a new terminal at Portsmouth Gunwharf and two-tier boarding ramps at Gunwharf and Fishbourne, Wightlink has invested £45 million (US$62.8 million) over the past four years.

The hybrid battery ferry is undergoing fitout work before returning to home waters.

Other features include recycling energy from the lifts and using surplus heat from the engines to warm passenger areas.

She is named after Queen Victoria, who enjoyed visiting the isle of Wight.