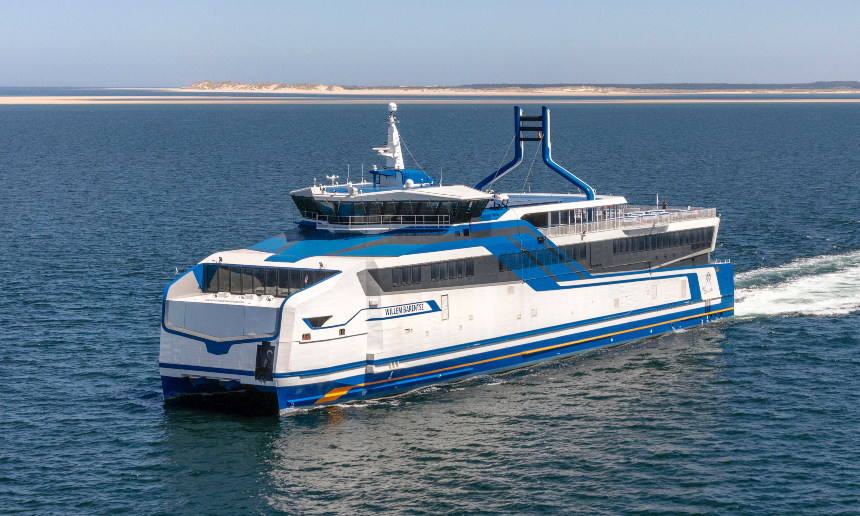 A new, low-emission catamaran ferry has already begun operating on the Wadden Sea off the West Frisian Islands in the Netherlands. Designed by BMT and built at the Vietnam shipyard of Strategic Marine, the vessel has been named Willem Barentsz after the famed Dutch navigator and explorer, and namesake of the Barents Sea.

Willem Barentsz is the first in a series of two catamaran Ro-Pax vessels built by Strategic Marine for Dutch company Rederij Doeksen, which will operate it between the city of Harlingen on the northern coast of the Dutch mainland and the West Frisian islands of Terschelling and Vlieland. BMT claims that a medium-speed, aluminium catamaran ferry had been selected as it could offer a significant reduction in fuel consumption compared to a traditional monohull design of similar length and carrying a similar payload. Further, significantly lower wash characteristics could be achieved by a catamaran even at higher speeds.

Rederij Doeksen had also specified that the vessel – and its near identical sister – must be capable of shallow-water operations as well as ensure a reduced environmental impact, as the Wadden Sea was also a UNESCO World Heritage Site. It was thus decided that the ferry would utilise LNG as its sole source of fuel, and BMT subsequently provided a vessel design that was not only capable of fuel-efficient sailing, but could also guarantee reduced levels of emissions of NOx, CO2, and even noise. 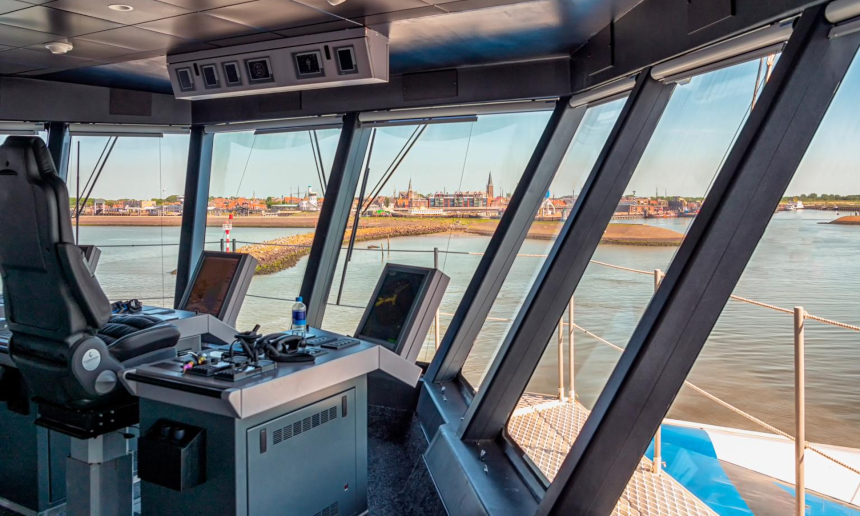 Sylvain Julien, BMT’s director of naval architecture, admitted that there had been challenges in designing the new ferry series. The greatest of these was that the design process began at a time when the guidelines of the IMO’s International Code of Safety for Ships Using Gases or Other Low-flashpoint Fuels (IGF Code) had just been released, and so the use of gas as a sole source of energy was still uncommon especially for aluminium vessels built in compliance to national rules. Mr Julien said that BMT was nonetheless able to overcome this impediment and that the company’s experience in designing Willem Barentsz is already being applied in the design of other LNG-fuelled vessels and even those powered by other gases such as hydrogen.

Willem Barentsz has an LOA of 70.65 metres, a moulded beam of 17 metres, a moulded depth of five metres, and a maximum draught of only 2.6 metres, as the Wadden Sea is considered a “transition area” between the river network in the Netherlands and the North Sea and is characterised by numerous shallow portions, especially between Vlieland and Terschelling. 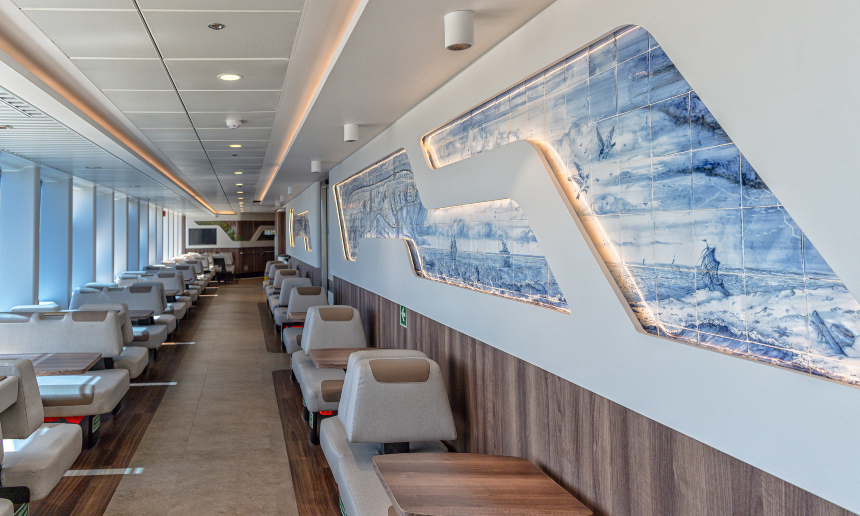 The vessel could transport up to 692 passengers, 66 cars, and six trailer trucks on each trip. The larger deck area afforded by the catamaran hull ensures a more spacious interior for passengers, in turn providing increased comfort compared to similarly sized monohull vessels.

Power is provided by two Rolls-Royce MTU 16V4000 M65N LNG-powered engines each rated 1,492 kW. The engines drive a pair of Veth VZ-1250 contra-rotating propellers to give the ferry a service speed of 14 knots. Since the engines are LNG-powered, there are no SOx emissions and very small quantities of NOx emissions and particulates, thus making sure the vessel easily complies with IMO Tier III requirements even without the use of an exhaust gas after-treatment system. 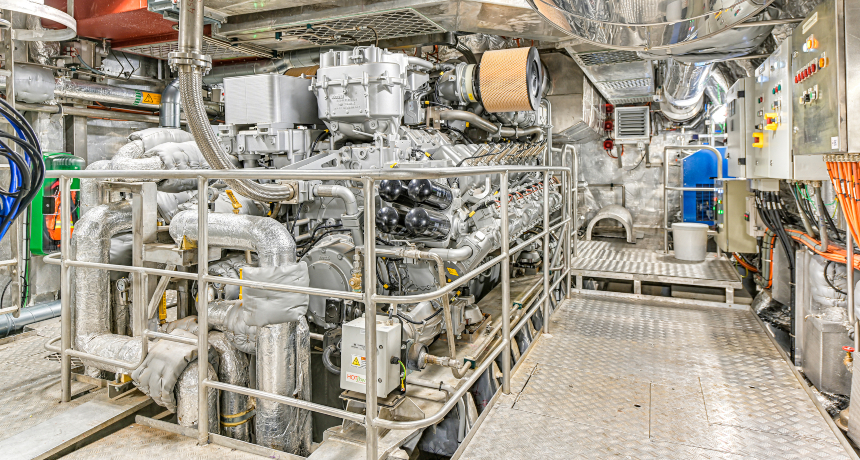 To further reduce emissions, Willem Barentsz has been fitted with a residual heat recovery system which makes use of the heat generated by the engine’s exhaust gases to power an electrical generator. Two Orcan units generate a maximum of 70 kW to charge a battery bank, which then delivers the entire energy demand for the vessel’s two Veth VT-180 bow thrusters. BMT expects that this system alone could already reduce CO2 emissions by as much as 300 tonnes per year.

The two new ferries are the seventh and eighth vessels to join Rederij Doeksen’s current fleet. 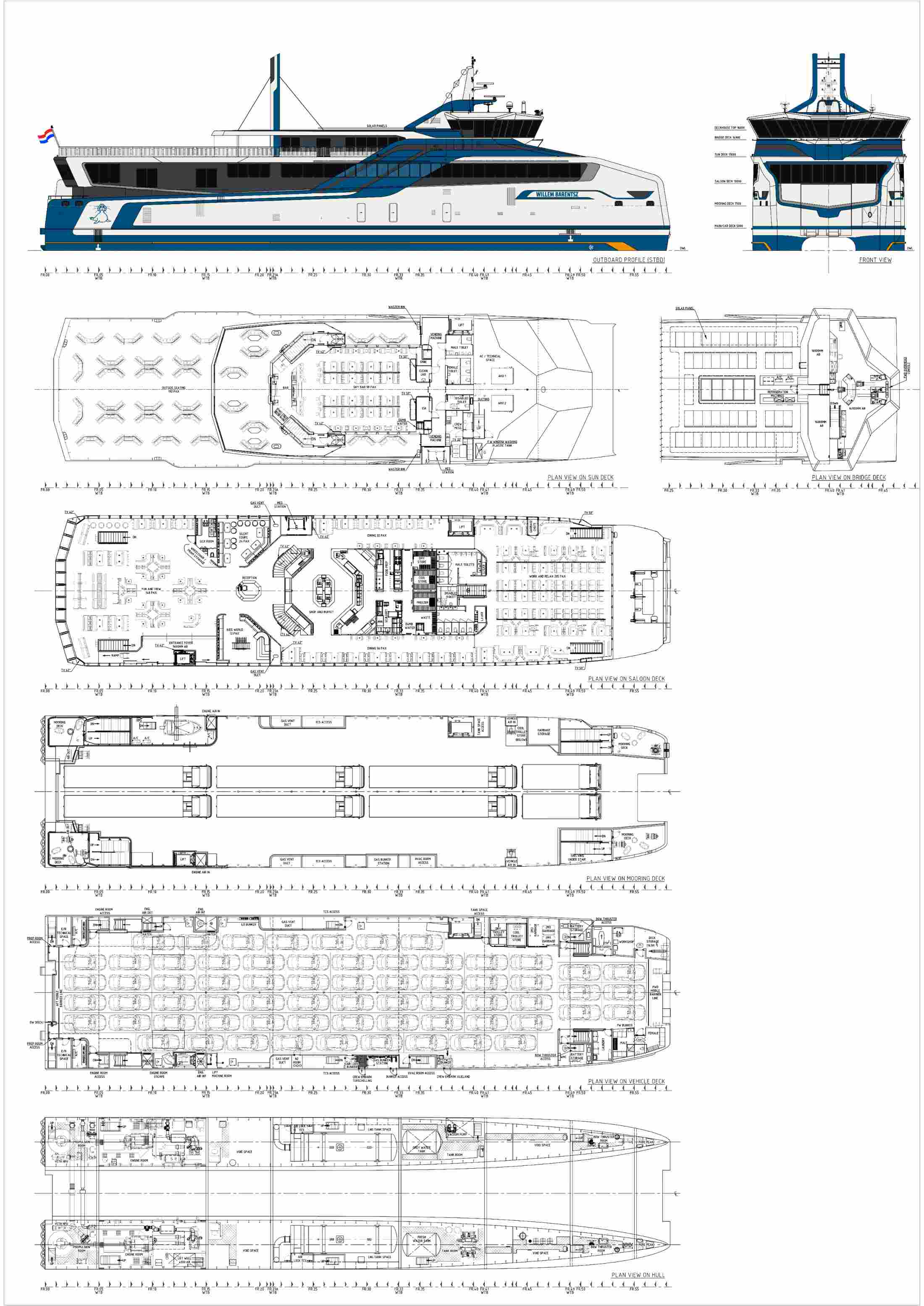