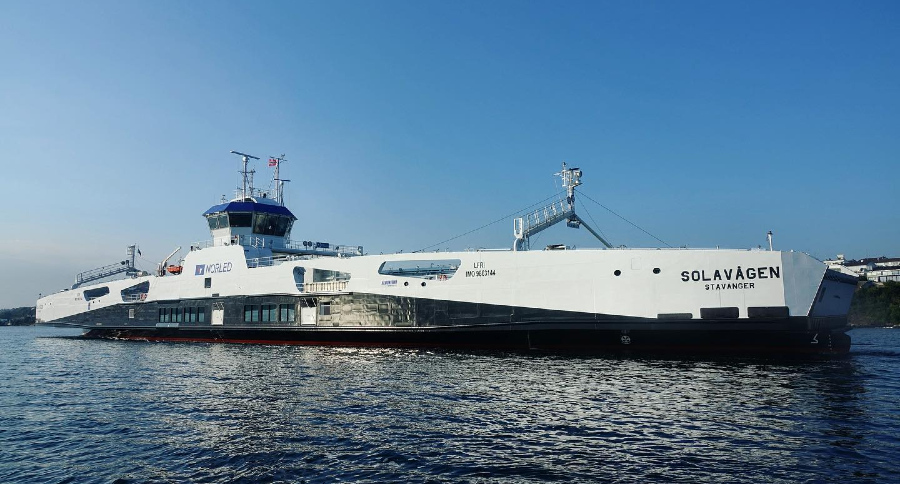 Christened Solavågen after a port city near Alesund, the newbuild has a length of 114.4 metres, a beam of 17.7 metres, a draught of 3.7 metres, and capacity for 296 passengers and up to 120 cars. Design work on Solavågen and its sisters was carried out by Norwegian naval architecture firm LMG Marin in cooperation with Remontowa Marine Design and Consulting (RMDC), Remontowa Shipbuilding’s sister company under the Remontowa Holding Group. The construction of the ferry had also involved other Remontowa Holding Group subsidiaries for such specialities as electrical systems, lighting, and paint and coatings.

The four ferries were developed in response to Norled’s need for vessels that minimised energy consumption even with regular heavy use. Thus, each vessel had been designed from the outset to feature hybrid diesel-electric propulsion, weight-optimised construction, a hydrodynamic hull shape to reduce resistance in water, a demand-dependent and energy-efficient HVAC system, LED lighting to help keep electrical consumption as low as possible, a heat recovery system, and even special paint that will lessen the friction along the bottom portion of the hull.

Norled claims that, even with the hybrid diesel-electric propulsion setup, the ferry will rely entirely on battery power when in standard operating mode. The batteries are to be recharged via shore power connection, and charging is expected to be completed in as little as 11 minutes. According to LMG Marin, the shore charging system has been integrated with an automatic mooring system of vacuum or magnetic type to hold the ferry at the quay. The integrated system will also inform the crew as to when the charging process could commence, thus ensuring that the batteries’ required state of charge will be maintained to help prevent overloading. 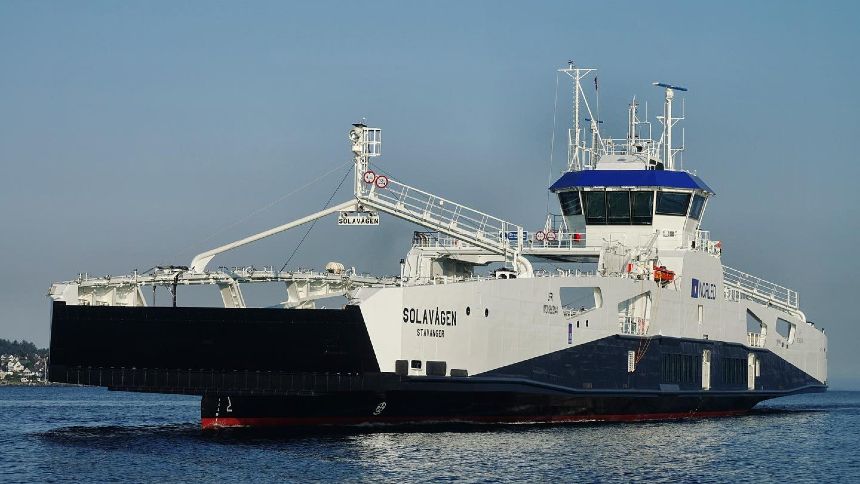 The operator adds that Solavågen’s diesel engines are only to be used in emergencies. The same rule applies to the onboard diesel-powered generator sets since all electrical power is expected to be drawn from the batteries when the ferry is in standard operating mode. However, the generators have been designed to operate on 100 per cent biodiesel, which promises lower greenhouse gas emissions compared to traditional marine diesel.

Solavågen’s diesel-electric propulsion system drives a pair of azimuth thrusters fitted with Schottel SRE 340 fixed-pitch, 2.1-metre propellers to deliver a service speed of 10 knots and a free running speed of 12.5 knots. The thrusters have built-in electric motors that are driven by permanent magnets to deliver high efficiency even at very low loads.

The ferry’s efficiency is not limited to the aspect of energy consumption; even the vessel’s design itself had been developed with efficiency in mind. For Solavågen and its sisters, LMG Marin had incorporated an innovative deck and accommodation arrangement that allows for fast and safe loading of both vehicles and passengers.

The newbuild and its three near identical sister vessels have been designed for operation in Norway’s fjords, particularly the Festøya-Solavågen and Mannheller-Fodnes ferry routes. Solavågen will sail regularly between its namesake city and the city of Festøya along with sister vessel Festøya, which was delivered by Remontowa in June of this year. Interestingly, the two ferries that have been slated for the Mannheller-Fodnes route will retain the same overall dimensions as Solavågen and Festøya but will have their respective passenger capacities increased to accommodate up to 395 people. 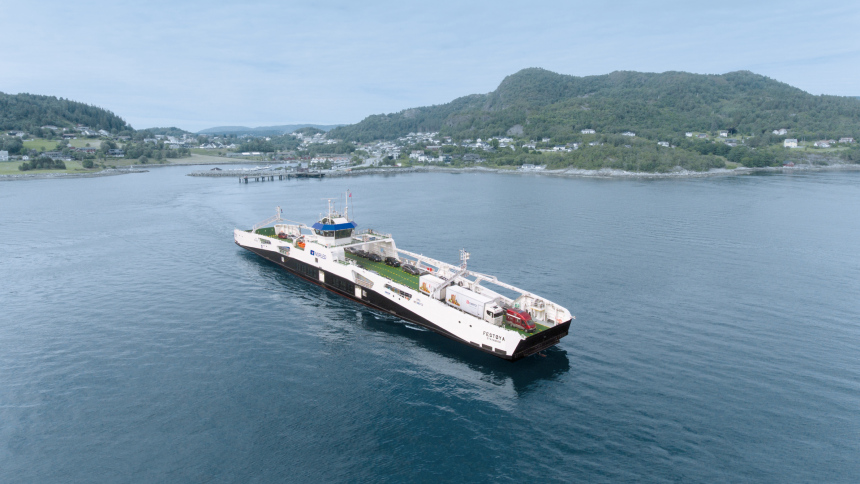