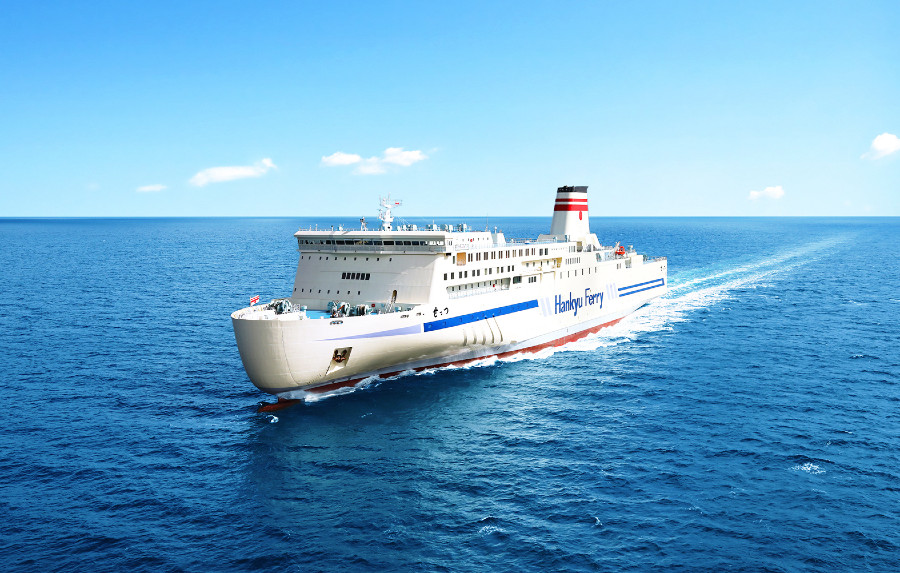 Designed and built by Mitsubishi Shipbuilding for Japanese operator Hankyu Ferry, the Ro-Pax ferry Settsu is one of the largest passenger vessels currently sailing between the cities of Shinmoji and Kobe via the Seto Inland Sea.

Named after a city in Osaka prefecture, the vessel is the first in a series of two ordered by Hankyu Ferry specifically to serve the company’s Shinmoji-Kobe route. It has an LOA of 195 metres, a beam of 29.6 metres, a depth of 20.6 metres, a draught of 6.95 metres, and a deadweight of 7,176 tonnes. However, even with its massive size, the newbuild has a rather modest crew complement of only 36. 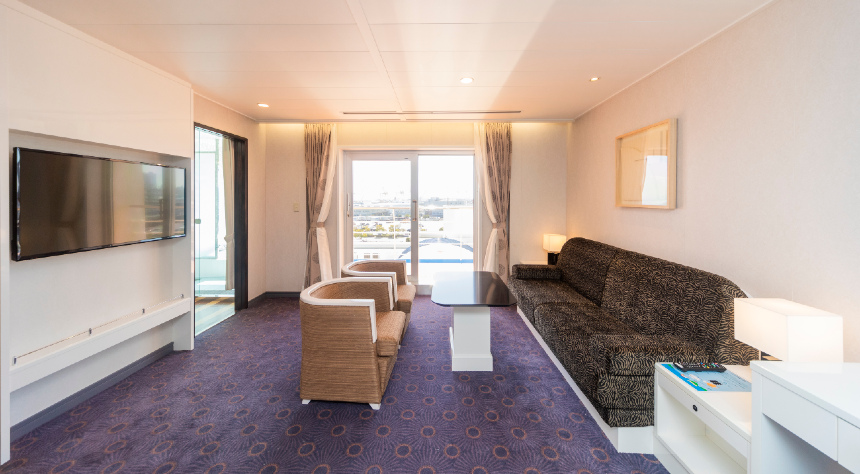 Much of the ferry’s interior space has been allotted for four vehicle-only decks, one combination vehicle and accommodation deck, two upper decks that house accommodations and public spaces for passengers, and an eighth deck containing the bridge and the crew berths.

The combination deck was incorporated specifically to enable both disabled and elderly passengers to easily access the vessel’s accommodation areas without the need for elevators besides the two already installed. To further guarantee convenience for the disabled and the elderly, barrier-free facilities have been fitted in some of the cabins as well as all onboard public spaces. 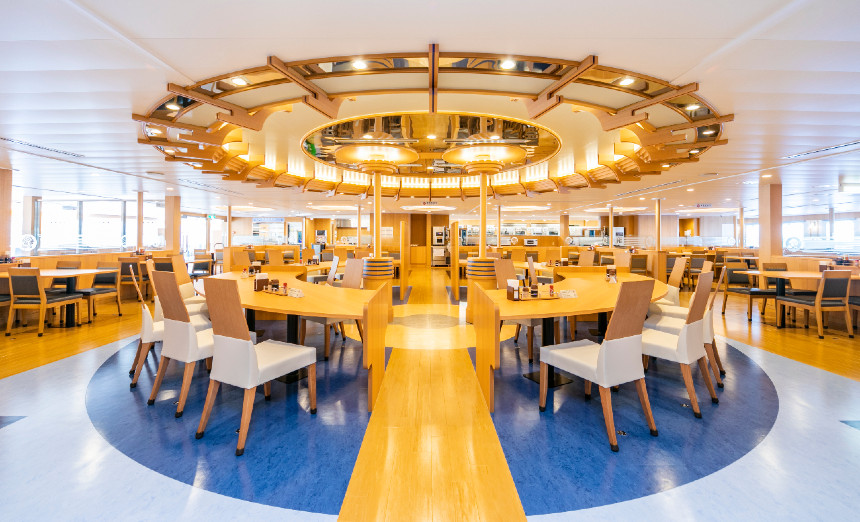 Hankyu Ferry had intended for Settsu and sister vessel Yamato to each have the feel of a floating resort hotel, hence the inclusion of cabins in six different classes and amenities such as a casual dining restaurant, a lobby, two large viewing areas, two smoking lounges, indoor and outdoor common hot baths with lockers, a gift shop, a children’s play area, an entertainment lounge, vending machines, battery charging terminals, and a game room.

The seventh deck is a spacious area that has also been fitted with the largest windows installed anywhere on the vessel to provide passengers a much clearer view of the Seto Inland Sea while underway. On this same deck, passengers are also afforded a clear view of the nighttime skies since the vessel’s scheduled sailings typically start during the early evening hours. 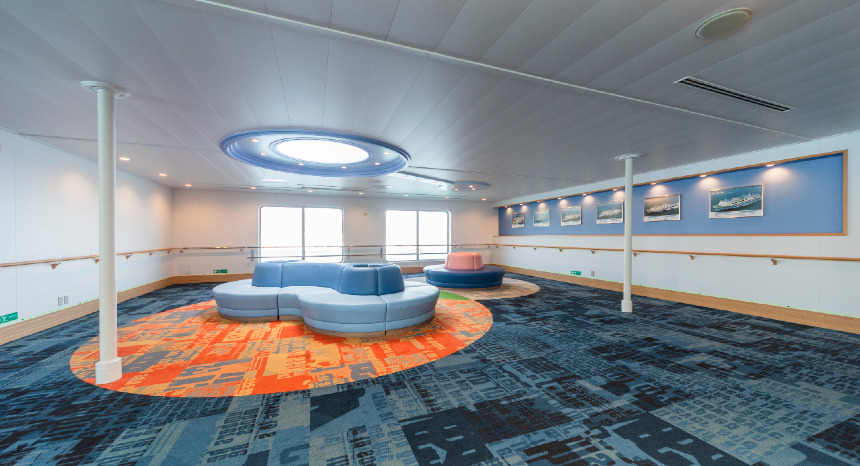 As regards capacity, the ferry is designed to transport up to 663 passengers, 188 cars, and 277 trucks of 8.5 metres length on each trip. Loading and unloading of vehicles is done via ramp doors on either side of the fourth deck, a ramp door mounted at the vessel’s stern on the third deck, and a ramp door at the bow on the third deck.

Settsu is powered by two 8,540kW main engines that operate on high-sulphur fuel oil. The engines drive a pair of controllable-pitch propellers to deliver a service speed of 23.5 knots, enabling the ferry to cover the nearly 500-kilometre-long Shinmoji-Kobe route in less than 13 hours one way. Two bow thrusters and two stern thrusters have also been fitted to aid in manoeuvring.

One other unique feature of the ferry is its navigation software. By taking factors such as tidal current and wind velocity into account, the system can calculate arrival times as well as recommended speed settings to keep fuel consumption as low as possible. 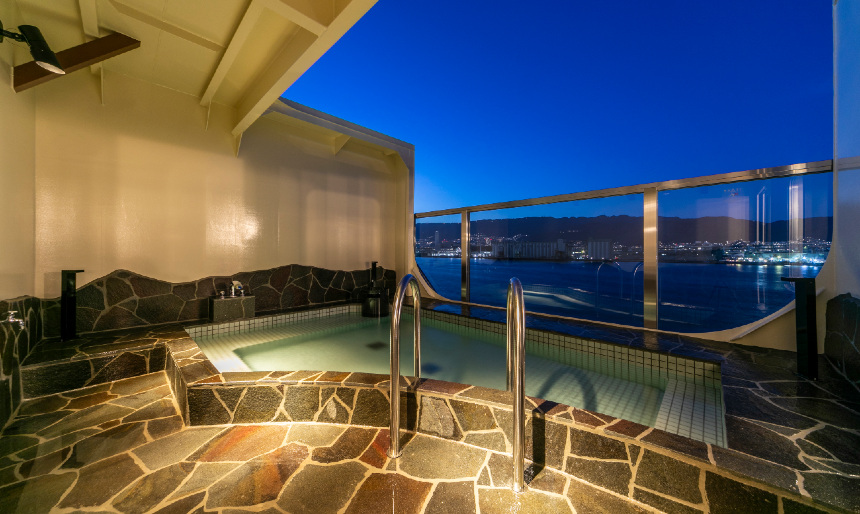 Settsu is also notable for being one of the first Asian-built large passenger vessels to be fitted from the outset with SOx scrubbers in compliance to updated IMO emissions regulations. Mitsubishi claims that the emissions can be reduced even further as the ferry is more energy-efficient than earlier vessels of similar size and displacement thanks to the incorporation of a high-performance hull form coupled with Mitsubishi’s proprietary air lubrication system (ALS).

The ALS reduces frictional resistance between the hull and seawater by introducing a layer of air bubbles blown from the vessel’s bottom. Trials have shown this system to be capable of ensuring an approximately six per cent improvement in fuel consumption – and, in turn, fewer harmful emissions – even when sailing through wave heights of three metres.

Settsu has been sailing along the Shinmoji-Kobe route following its delivery at the end of February 2020. Sister vessel Yamato was delivered by Mitsubishi in late June and began serving the same route shortly afterward. 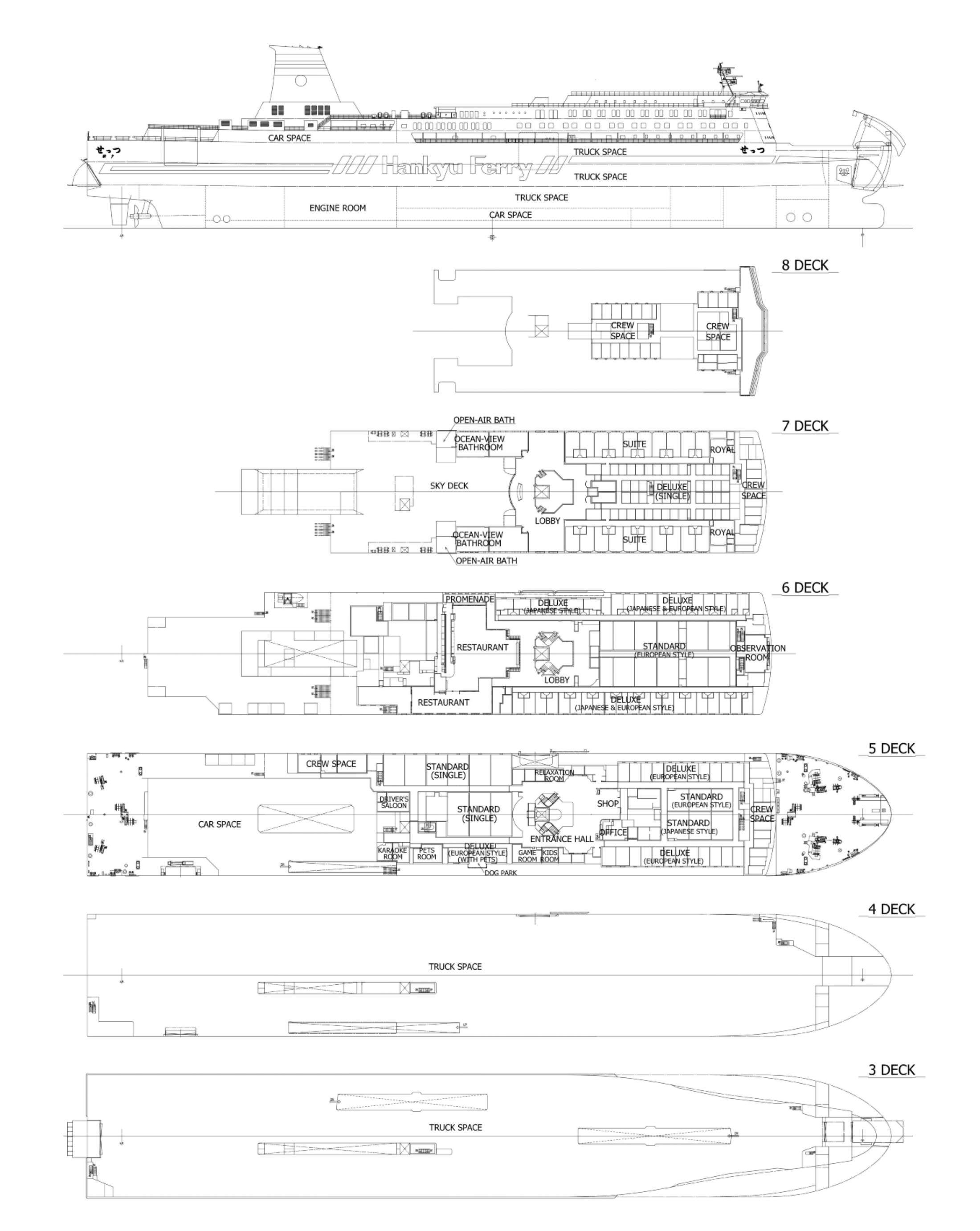