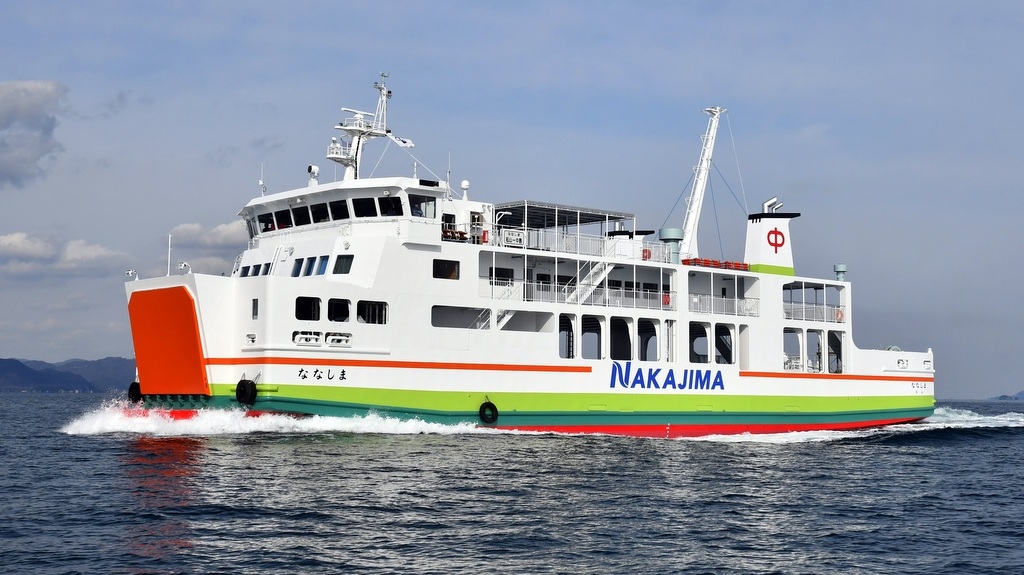 The 55.13- by 13.0-metre Ro-Pax was built by the Naikai Zeosen Corporation at its Setoda Shipyard.

The ferry is a twin-engine, twin-screw type with a stern hull form typical to the area. Particular attention was paid improving the sea-keeping and propulsion performance.

As is an increasingly common consideration in the country, the vessel is designed with the aged and disabled in mind, with the installation of an obstruction-free elevator on the port side which takes passengers directly from the car decks to the promenade deck.

Cargo vehicles can embark and disembark via the ramp doors at the bow and stern.

Nanashima’s service speed of 13.5 knots is achieved by a pair of Daihatsu 6DEM-23 diesels driving propellers.