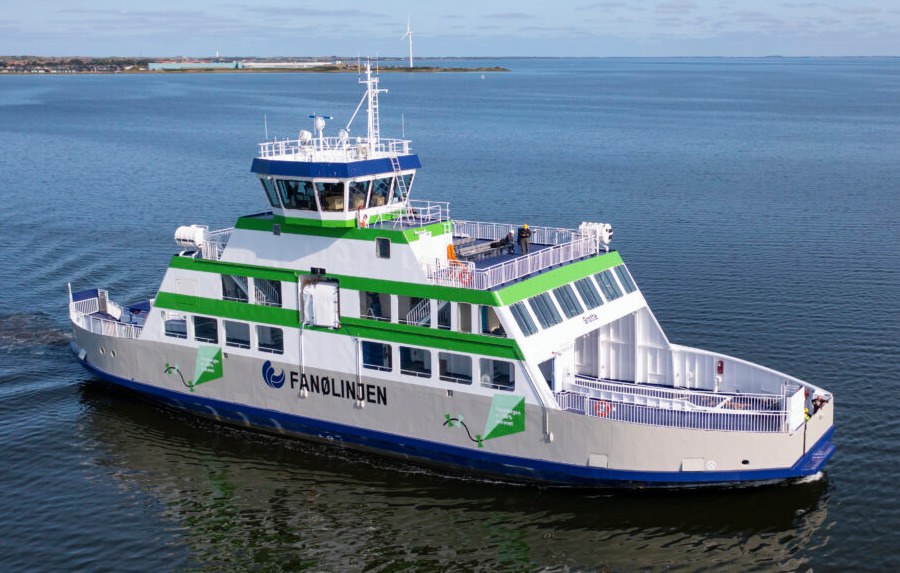 Danish ferry company Molslinjen recently took delivery of a new double-ended Ro-Pax ferry for use by its Fanolinjen operating brand on the 2.5-kilometre route between Esbjerg and the island of Fano in the southwestern portion of the country.

Designed by local naval architects OSK-ShipTech and built by Hvide Sande Shipyard in compliance to Bureau Veritas class rules, Grotte has an LOA of 49.9 metres, a beam of 13.8 metres, a draught of 2.3 metres, a gross tonnage of 925, and capacity for 303 passengers, 23 cars, and four trucks.

The steel-hulled newbuild runs entirely on batteries, making it the first fully electric ferry in the Molslinjen fleet. Propulsive power is provided by two Danfoss Editron motors that each produce 375 kW. The motors, which are located on either end of the vessel, each drive a Schottel STP190 375kW thruster. This arrangement enables the ferry to cruise comfortably at 11 knots. 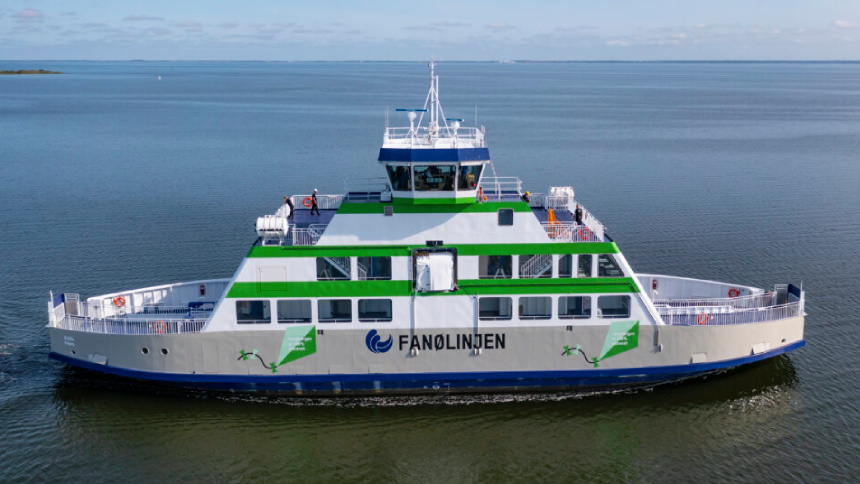 The vessel’s Corvus Orca Energy lithium-ion batteries have a total capacity of 1,107 kWh, which the supplier claims will enable the ferry to achieve CO2 emissions reductions of as much as 2,214 tonnes for each year of operations. A Scania 453kWe auxiliary engine is also fitted.

Charging of the batteries is done automatically once the ferry berths at its homeport of Esbjerg, which features a dedicated shore facility with a total power capacity of up to 2,600 kW. Establishing a connection between the ferry and the shore facility takes only 20 seconds, and the batteries can be fully charged in as little as seven minutes. This allows charging to be safely done even while the ferry is off- and on-loading passengers and vehicles, and this capability will then lead to faster turnarounds.

Molslinjen opted for all-electric propulsion on Grotte as the vessel’s route will also pass through a portion of Denmark’s famed Wadden Sea, a UNESCO World Heritage Site that is known for its many beaches, shoals, mussel beds, sandbars, and marine habitats. Molslinjen chief engineer Ole Berg-Hansen added that the electric propulsion also ensures significantly quieter operations compared to the conventionally-powered ferries in the company’s fleet.

Grotte joins two other Fanolinjen ferries – Fenja and Menja, which both belong to the same series as Grotte but are powered by conventional engines that run on reduced-emission biofuel – in serving the Esbjerg-Fano route that carries around 1.8 million passengers every year. Molslinjen plans to acquire additional all-electric ferries to serve its other routes throughout western Denmark, partly to accommodate the growing number of tourists from Germany. 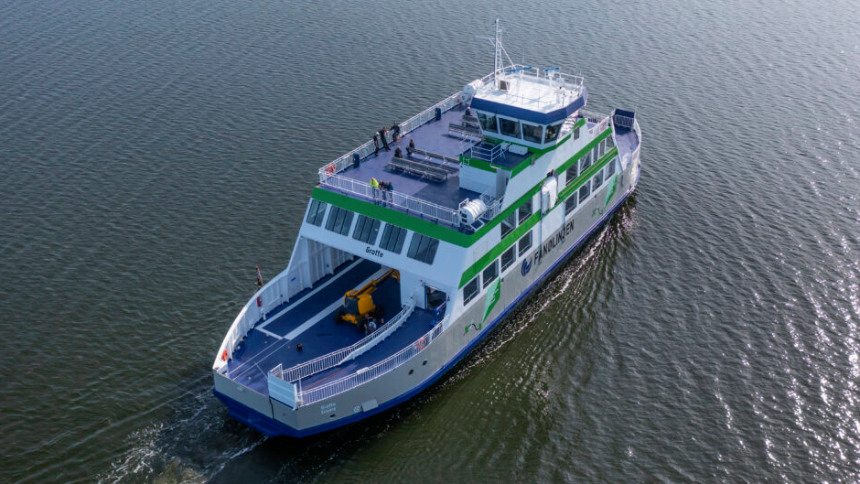