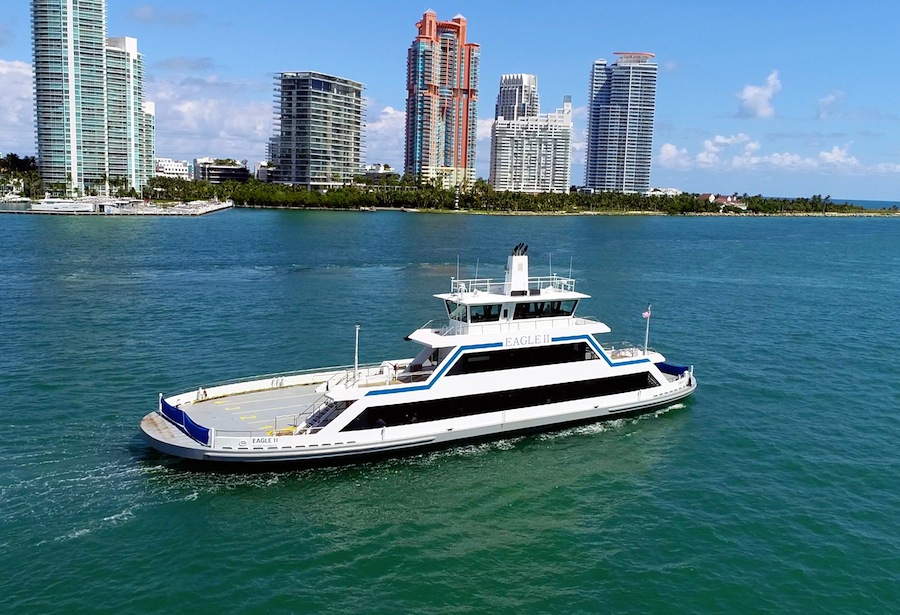 St. John’s Ship Building recently delivered a new ferry to the Fisher Island Community Association in Florida. Eagle II is operating within the Government Cut between the MacArthur Causeway and Fisher Island, a private island that is the location of the exclusive Fisher Island Club.

As there are no bridges or causeways connecting the Fisher Island Club to the mainland, the island is only accessible by yacht or the private, 24-hour passenger/vehicle ferry service, which departs from Terminal Island Road. To board the ferry, hotel guests are required to pre-arrange security clearance.

Designed by the Elliott Bay Design Group (EBDG), Eagle II has a higher level of outfitting than a typical ferry, which befits her status as a luxury transport. From underlit lounge seating to composite wood decks to yacht-inspired passenger rails, the fit and finish of the vessel is a step above what is typically seen on similar vessels.

The new vessel will allow for greater throughput of passenger traffic, but it will also allow the owner to service the “back-of-house” commercial traffic of the club with its ferry fleet. Presently this traffic is served by a tug and barge operation.

The Fisher Island ferry system operates at such a high cadence the only reasonable way to increase the system capacity was to increase the vessel capacity. The difficulty was that the size of the existing berths only allowed EBDG to increase the vessel’s length, and by only so much. Like most vessel designs, it was a matter of maximising functionality within a limited set of constraints.

“The Fisher Island management has a strong focus on maintaining a high standard of vessel visual appearance and performance,” EBDG told Baird Maritime. “There are a lot of small details we incorporated to achieve this that carry over to many different vessel types. For instance, the guard strake creates a drip edge to prevent water run-off from streaking the sides of the hull and we used sun control film on the windows to reduce the HVAC loads due to solar heat loads.”

She is powered by a pair of Caterpillar C18 engines, each of 600 horsepower (450 kilowatts), at 1,800 rpm, coupled to Hundested CPG 38 gearboxes. The propulsion system is a mechanical system with controllable-pitch propellers (CPP), also from Hundested. EBDG chose a CPP to smooth out the engine loading during manoeuvring operations, which the vessel performs dozens of times a day on its short, technical route.

With this setup, cruising speed is a leisurely eight knots, with a ten-knot maximum. Eagle II is equipped with a Jastram steering system, and carries 9,800 gallons (37 cubic metres) of fuel. 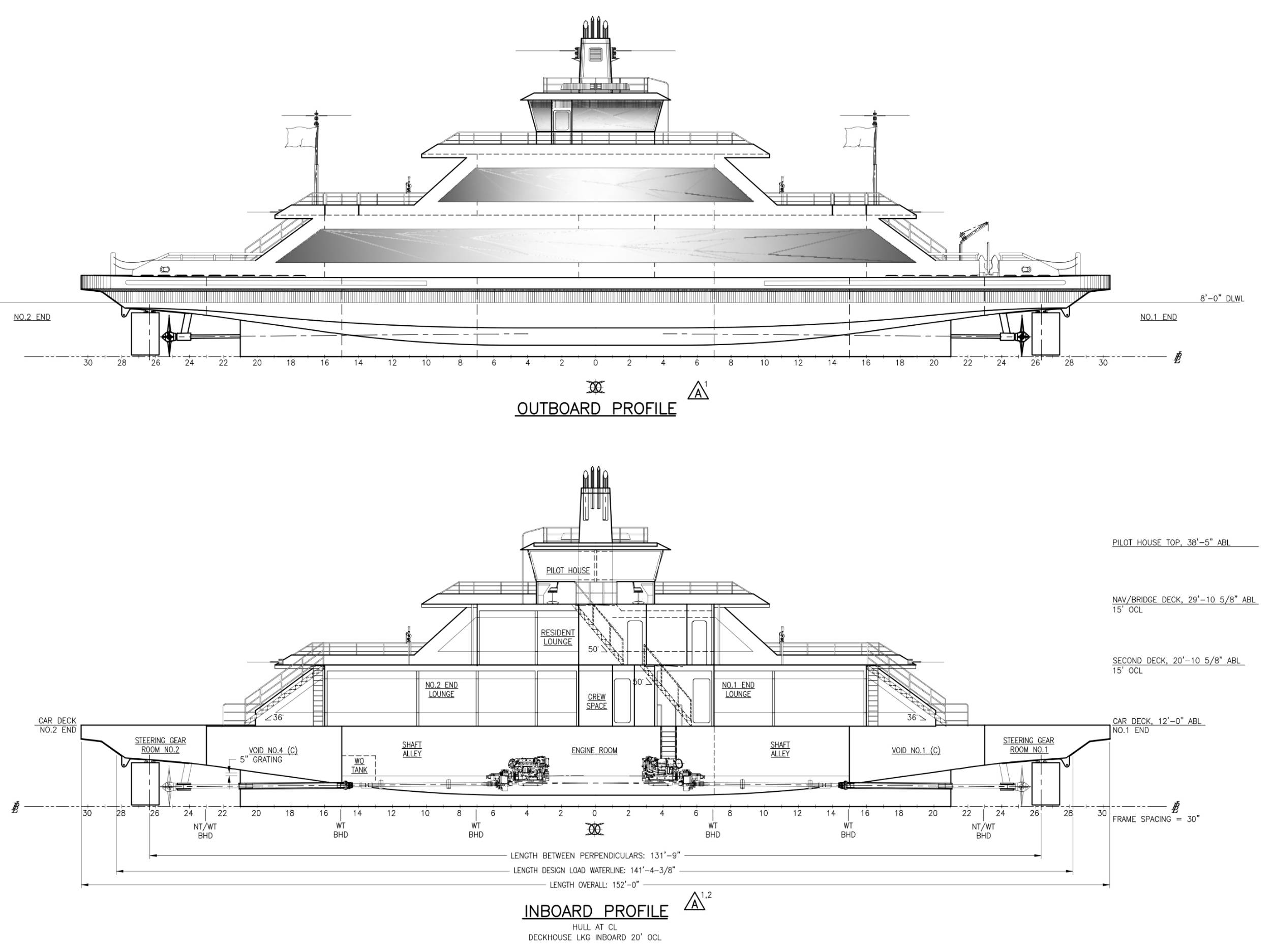