The Damen Shipyards Group has handed over a new Ro-Pax ferry to the Port Authority of Timor-Leste (APORTIL).

Built by Damen Yichang Shipyard in China, the steel-hulled ferry has been named Berlin-Ramelau, combining the names of Germany’s capital city, in recognition of that country’s financial assistance with the newbuilding project, and Timor-Leste’s highest mountain.

The vessel has a length of 67 metres, a moulded beam of 16 metres, a draught of 3.3 metres, and capacity for 380 passengers as well as up to 750 DWT of freight including a maximum of 30 private and commercial vehicles. Passenger seating is available in first class, business class, and third class sections, with capacities of 10, 20, and 350 people, respectively. Three toilets are available for the passengers’ use on the main deck.

Other onboard facilities include a galley and provision space with a serving area.

Damen said the ferry also features a robust and redundant propulsion train as one step towards compliance with SOLAS regulations for coastal operations. Transportation capability is ensured by a strengthened cargo deck, which was designed to be capable of supporting a 27-tonne axle load in addition to boasting a height of 4.8 metres to accommodate larger vehicles such as buses and lorries.

The ferry’s maximum speed is set at 10 knots. Power is provided by a pair of Yanmar main engines that each deliver 837 kW at 1,450 rpm and are connected to 1.6-metre fixed-pitch propellers. Damen engineer Gökçe Koc said the propulsion arrangement gives the vessel the necessary power for manoeuvring safely when berthing as well as on the open water.

The generators meanwhile consist of two 200kWe main units from Yanmar and a 111kWe auxiliary set from Caterpillar. These supply power to an array of navigation and communications electronics that also include an X-band radar, ECDIS, a speed log, VHF and UHF radios, an area A2 GMDSS, and even a public address and onboard infotainment systems. Electrical installation work on the ferry was carried out by Van Der Leun.

As the construction of Berlin-Ramelau commenced in 2019 and concluded less than two years later, the Covid-19 pandemic presented a number of challenges. Damen, however, claimed implementation of robust safety measures ensured that work on the ferry was still kept on schedule.

Berlin-Ramelau currently sails under the flag of Saint Vincent and the Grenadines. The ferry has since replaced an older APORTIL vessel and will link Timor-Leste’s capital city of Dili with the nearby island of Atauro and the enclave of Oecusse-Ambeno, a coastal settlement otherwise surrounded by the neighbouring Indonesian province of West Timor. 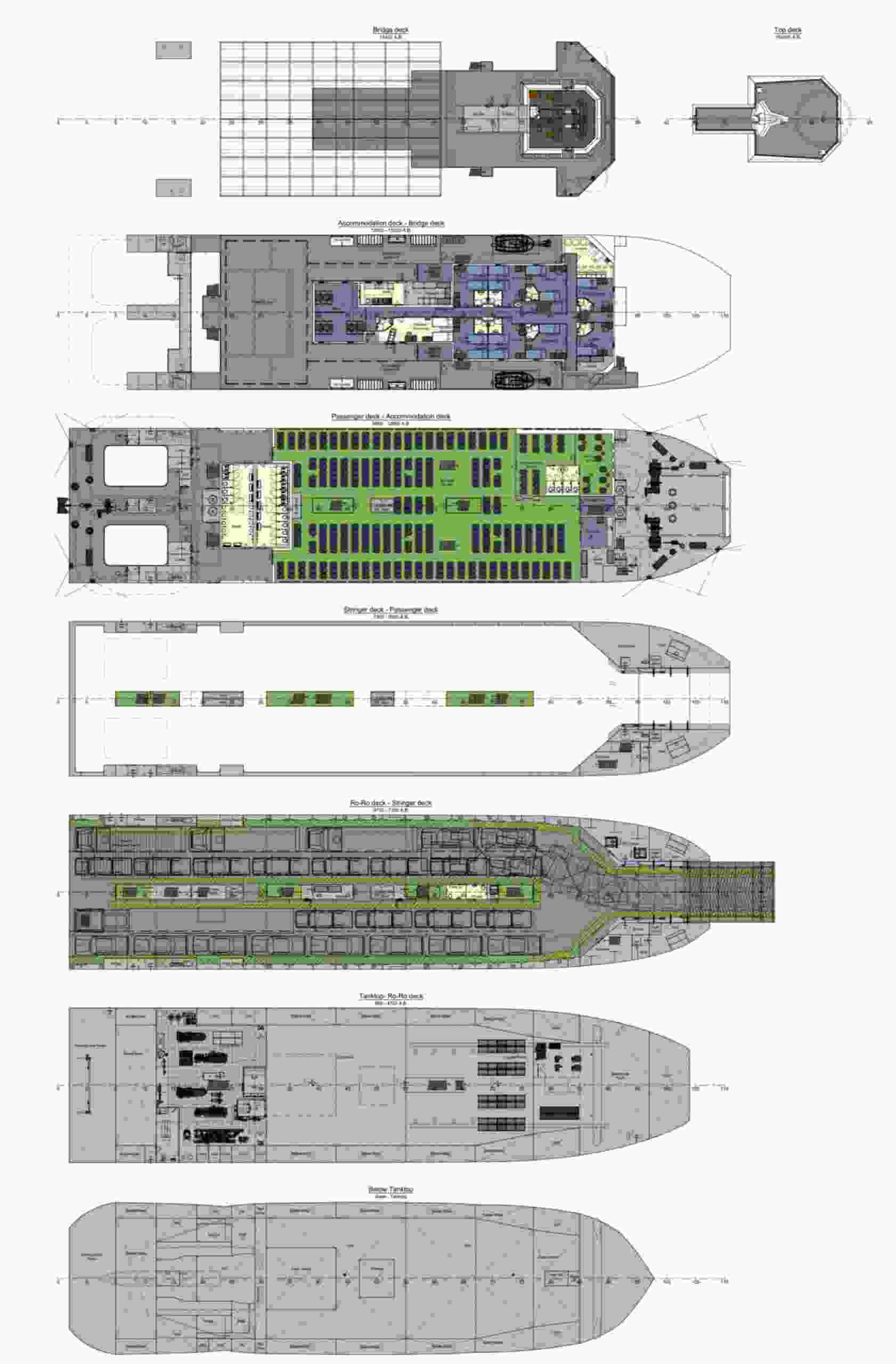