Named Banaderos Express after the community of Banaderos on Gran Canaria island in the Canarys, the newbuild is the second in a series of two DNV-classed Ro-Pax ferries that Austal built for Fred Olsen Express as well as the fifth overall Austal vessel to be acquired by the same owner. Earlier sister Bajamar Express was completed at Austal Australia’s facilities at Henderson in Western Australia in 2020 and handed over to the customer later that same year.

The new all-aluminium Banaderos Express has an LOA of 118 metres, a moulded beam of 28.48 metres, a maximum draught of 4.2 metres, a deadweight of 750 tonnes, and a freight capacity of 350 lane metres.

The four main engines are MTU 20V8000 M71L diesels. These drive Kongsberg KaMeWa 125 S3 waterjets via Reintjes VLJ 7531 gearboxes to enable the ferry to transport up to 1,100 passengers and 276 cars at a cruising speed of over 37 knots.

The vessel is equipped with Austal’s proprietary motion control system, which also includes a trio of bottom hull-mounted, hydraulically-operated T-foils, to provide greater stability even when sailing at higher operating speeds. This system, which automatically adjusts the angle of the T-foils to maintain the vessel’s attitude regardless of speed setting, can be remotely monitored via the crew’s mobile devices. However, should problems arise with the system, the vessel has an engineer control station with an operator override function that will allow the crew to assume full manual control of the T-foils in an emergency.

The new ferry features class-leading interior amenities and facilities such as multiple bars, kiosks, a retail shop, and a children’s play area. The vessel also has a VIP section that boasts a sound-proof interior, an exclusive balcony area, executive-style reclining seats, a large skylight, automatic sliding doors, and GPS-configurable mood lighting that automatically adjusts to provide optimum ambient lighting depending on the time of day. Lastly, as a means of helping prevent the spread of Covid-19, there are onboard features that are certified by Aenor, the Spanish Association for Standardisation and Certification.

Banaderos Express completed its delivery voyage from the Philippines to the Canary Islands earlier this month. The ferry will soon join sister vessel Bajamar Express in offering a dedicated trimaran service on the route between Santa Cruz, Tenerife, and Agaete on Gran Canaria from the fourth quarter of this year. 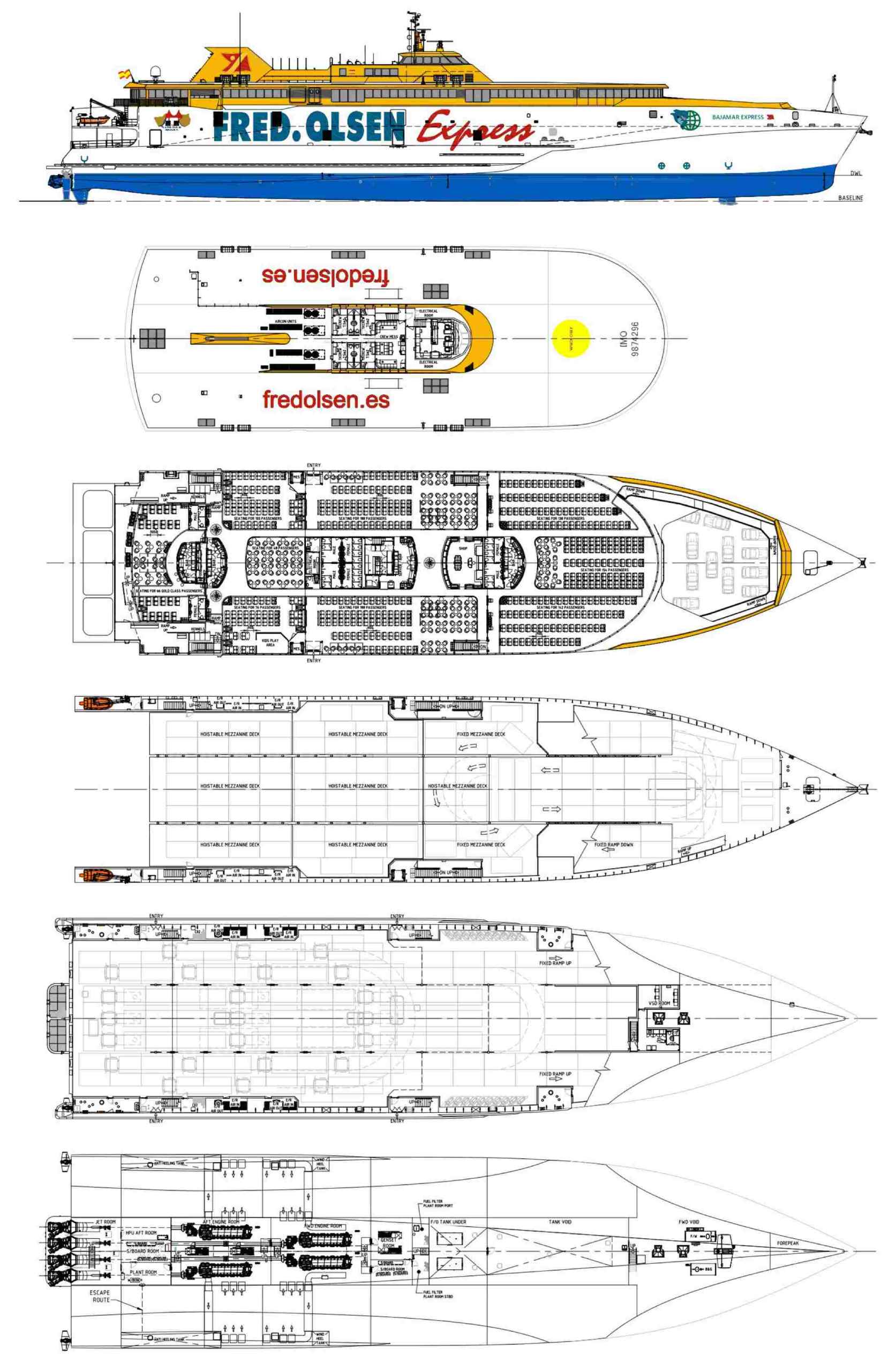