Written by Baird Maritime on November 25, 2019. Posted in Ro-Pax World. 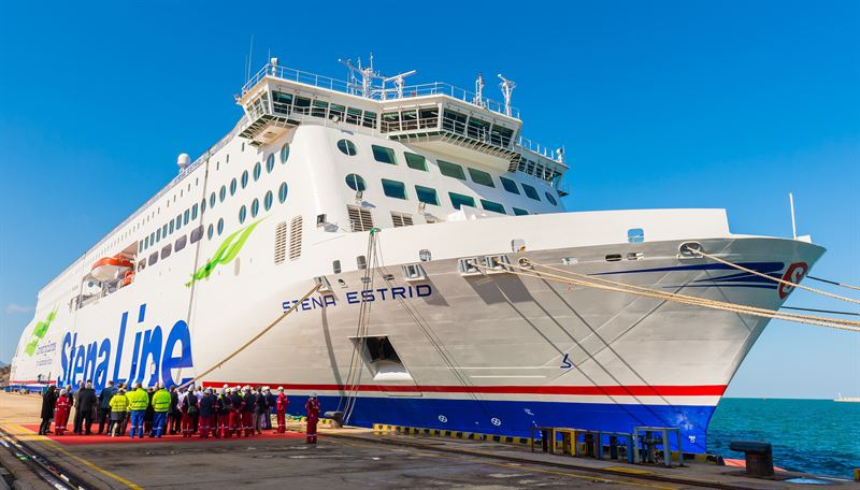 The vessel is the first of five E-Flexer-class Ro-Pax ferries that are currently being constructed at AVIC Weihai. It will shortly embark on a six-week journey to its new home on the Irish Sea, where it will begin service on the Dublin to Holyhead route in January 2020.

A further two E-Flexer-class ferries are also destined for the Irish Sea with Stena Edda expected to commence operations from Belfast to Liverpool next spring and Stena Embla to be introduced on the same route in early 2021.