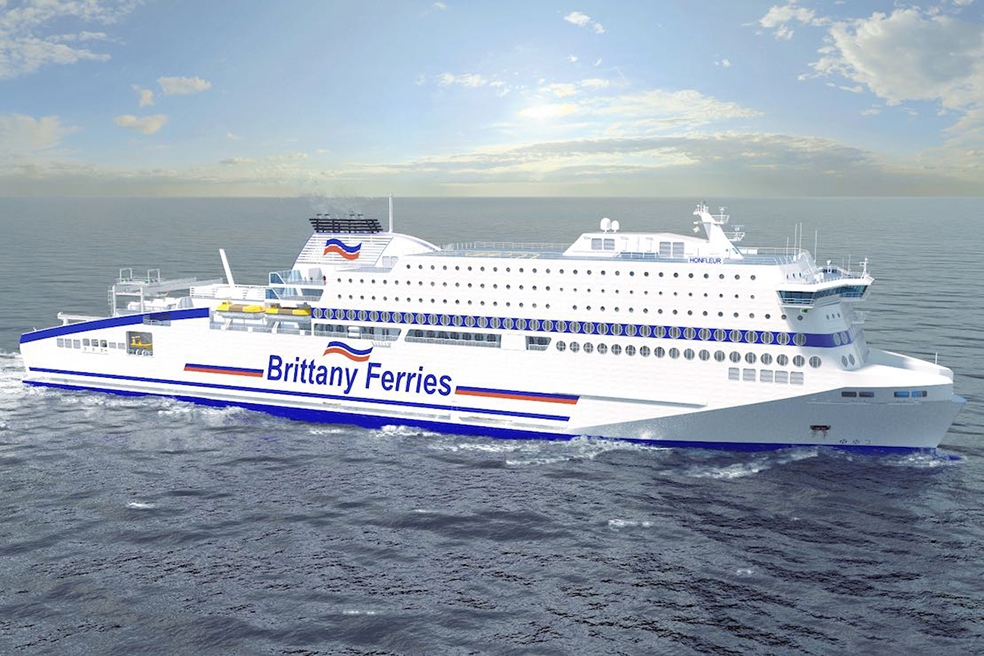 Construction has begun on Brittany Ferries’ LNG-powered Honfleur with a steel-cutting ceremony at the Flensburger Schiffbau shipyard in Germany.

Scheduled to operate in UK waters when entering into service in June 2019, the 187.4-metre by 31-metre Honfleur will carry up to 1,680 passengers and will come with 261 cabins, two cinemas, restaurants, boutique shopping and passenger lounges.

Featuring an operating speed of 22 knots, she also has a vehicle capacity of 2,600 lane metres, which is the equivalent of 130 freight trailers, or 550 cars.

Normandie will move east to serve the Portsmouth to Le Havre route.

Honfleur will be the first passenger ship in the world to be equipped with on-board cranes that allow 12.1-metre (ISO standard) LNG containers to be lifted into a fixed position.

The containers will be transported by truck from an LNG terminal to Ouistreham, and then driven on board. They will then be hoisted into position alongside a fixed LNG storage tank at the rear of the superstructure.

Upon the next call at port, empty containers will be removed and replenished with full units.