Written by Baird Maritime on April 4, 2018. Posted in Ro-Pax World. 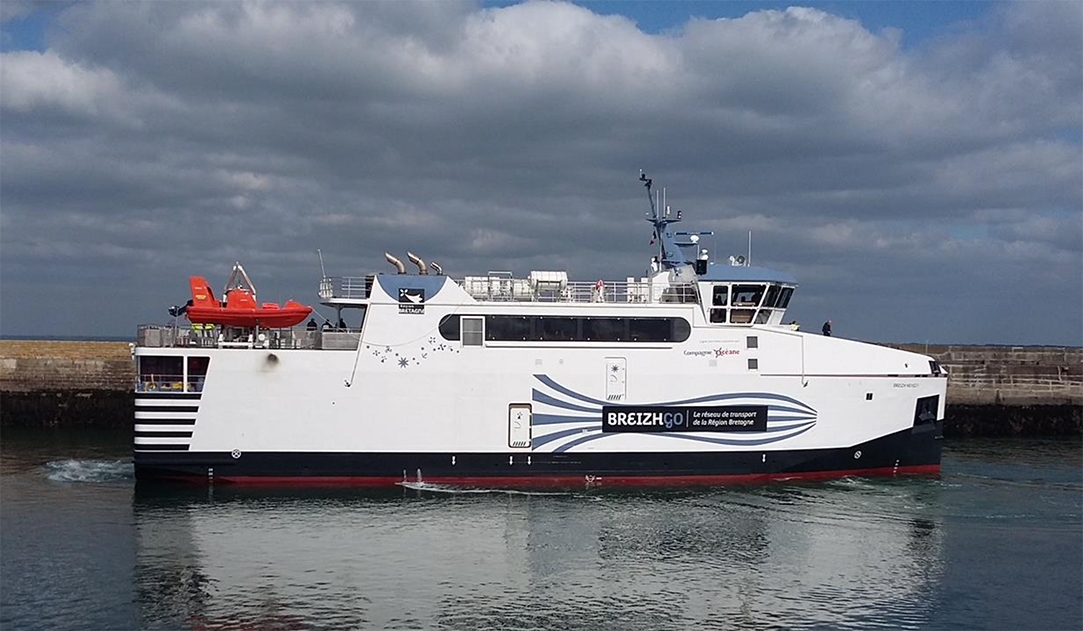 Inaugurated in Groix harbour before becoming operational for her first trip between Lorient and Groix island on April 10, the 43.5-metre by 11.6-metre steel vessel Breiz Nevez I can accommodate 300 passengers and 18 light vehicles (or seven light vehicles and three heavy vehicles).

Powered by two 662kW diesel engines that deliver an operating speed of 11.5 knots, Breiz Nevez I also has a freight capacity of 15 cubic metres.

Designed in partnership with Lorient-based Ship Studio, the vessel is adapted to the local conditions, including high manoeuvrability due to two controllable pitch propellers and two high-capacity transverse thrusters (bow and aft) and a shallow draught.

Breiz Nevez I will be operated by Compagnie Océane.