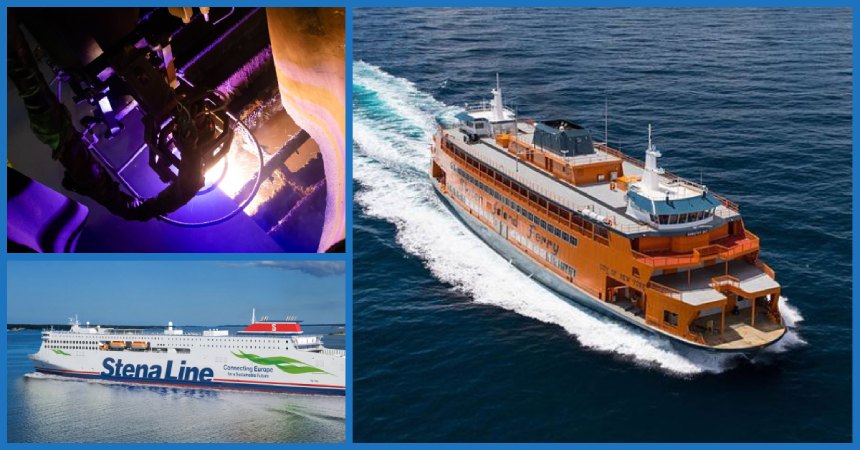 New ferries will soon begin operational sailings in the US East Coast and the Baltic Sea as construction begins on a hybrid vessel for a French operator. The Estonian government meanwhile selects a Finnish company to provide design work on a new inter-island vessel.

The Eastern Shipbuilding Group of Panama City, Florida, recently completed construction on the third vessel in a series slated for the Staten Island Ferry division of the City of New York Department of Transportation (NYCDOT).

The ABS-classed Dorothy Day has departed on its delivery voyage to New York. The trip will take approximately 14 days.

The third and final Ollis-class ferry is scheduled to begin transporting passengers later this year.

Like its sisters, Dorothy Day will be able to accommodate up to 4,500 passengers on each trip. Design work on the ferry was provided by the Elliott Bay Design Group of Seattle.

Stena Estelle has since begun operating in the Baltic Sea on Stena Line’s Gdynia-Karlskrona route.

The new ferry has a length of 240 metres and capacity for 1,200 passengers and 3,600 lane metres of freight. The propulsion system may be configured in the future to run on either methanol or LNG in place of conventional fuel oil.

A steel-cutting ceremony was recently held to mark the start of construction of Brittany Ferries’ future LNG-electric hybrid vessel.

Saint-Malo will be the third of four LNG-powered ferries to join the Brittany Ferries fleet. Operational sailings are scheduled to begin in 2025.

The ferry will run on LNG, electric power, or a combination of the two. Equipment will also be available to allow shore charging.

The Estonian Transport Administration has awarded Finnish naval architecture company Deltamarin a contract for design work on a new ferry.

The vessel will have energy-efficient and environment-friendly features and will be operated between mainland Estonia and the two larger islands of Saaremaa and Hiiumaa.

The concept design work is scheduled to be completed in 2023.