Written by Baird Maritime on February 14, 2020. Posted in Ro-Pax World. 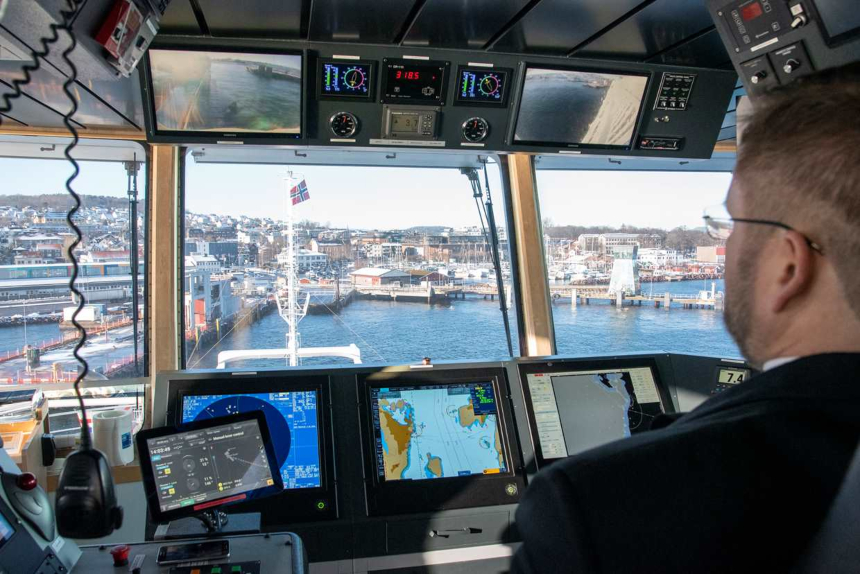 The company’s Bastø Fosen VI has been fitted with a Kongsberg Maritime fully-integrated digital system that can automatically perform all of the ferry’s docking and crossing functions as it sails along the 17-kilometre route between the cities of Horten and Moss, though the vessel continues to carry a full complement of crew.

The regular ferry services to be provided by Bastø Fosen VI are part of a six-month trial period during which the automatic system is expected to control the vessel for most operations. However, the captain will remain in charge and the bridge will be fully staffed at all times.

At present, the installed equipment is not fully autonomous. If vessels or objects are detected on a collision course, an alarm will sound and the captain will take control.

An anti-collision system, comprising radar and electro-optical sensors, is expected to be fitted to Bastø Fosen VI this summer and be under test by autumn, but crew will remain on the bridge even as the level of autonomy increases.

To maintain manoeuvring skills, Bastø Fosen’s procedures will require its staff to perform manual transits on a regular basis.