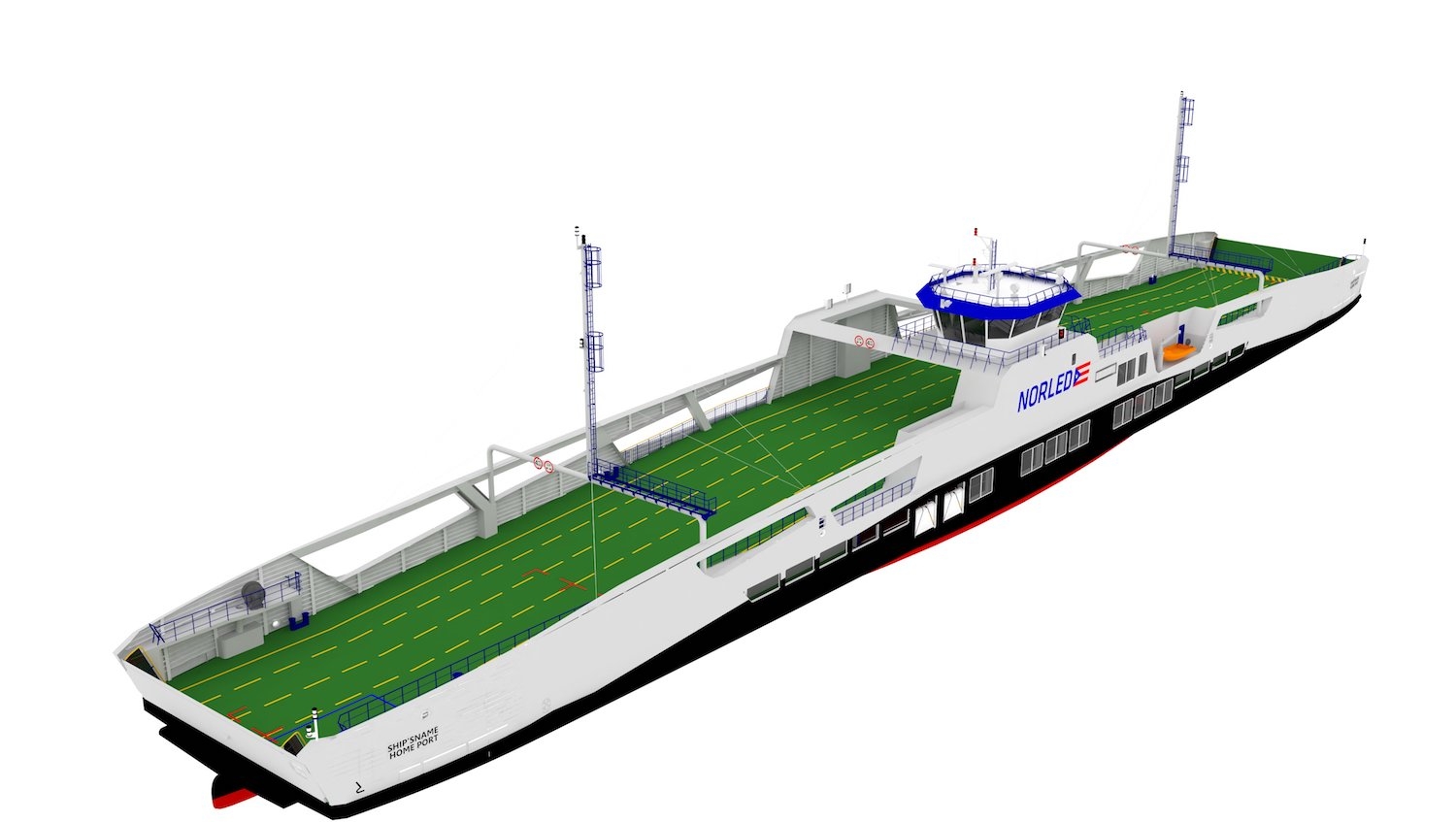 The LMG Marin-designed vessels will have a capacity of 296 passengers and 120 personal cars.

In normal operation the entire required power will be taken from two battery packs installed on board. The batteries will be recharged from the land grid during the vessels stay at quay which will typically take 11 minutes.

The new ferries will service the Festøya-Solavågen connection, close to Ålesund in Norway.