New ferry to serve Yeu Island in Bay of Biscay

Written by Baird Maritime on January 7, 2021. Posted in Ro-Pax World. 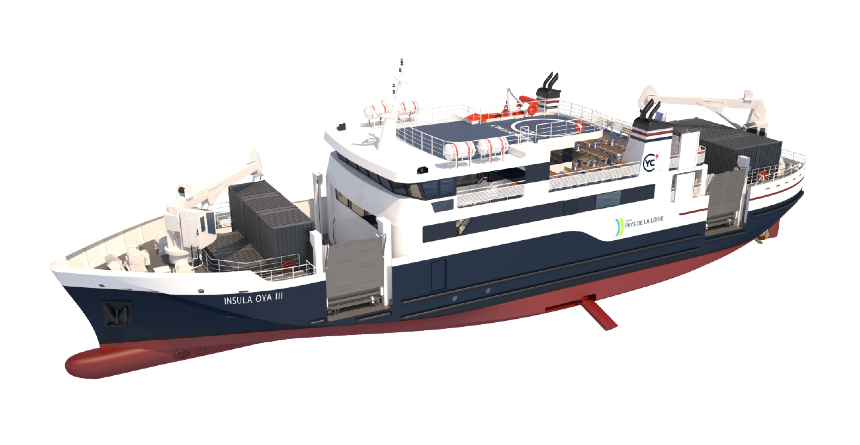 The government of the Pays de la Loire region in western France has placed an order for a new Ro-Pax ferry to be built by local shipyard Piriou.

Designed by Stirling Design International based in Nantes, the steel-aluminium ferry will have a length of 55 metres, a beam of 13 metres, a maximum draught of 2.35 metres, and capacity for 391 passengers, 340 cargo pallets, and up to 18 vehicles including 12 cars, four motorcycles, and two 19-tonne lorries. Two 1,440kW IMO Tier III-compliant engines will deliver a maximum speed of 15 knots.

The interior will include a lounge with seating for 252 people and a lift.

Delivery of the ferry is scheduled for the third quarter of 2022. It will be operated by ferry company Compagnie Yeu-Continent on a regular service between the western French mainland and Yeu Island in the Bay of Biscay.