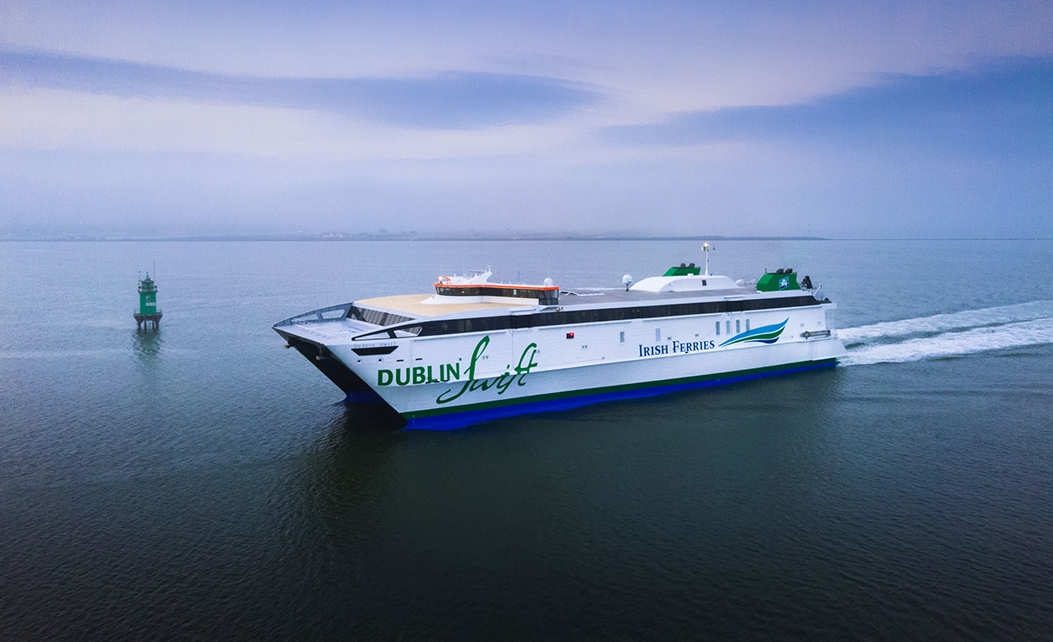 Irish Ferries has introduced the larger, refurbished Dublin Swift on its Dublin to Holyhead route.

Now the largest fast ferry crossing the Irish Sea, the Austal-built, twin-hulled catamaran will operate at a cruising speed of 35 knots on twice-daily return journeys.

Carrying up to 220 cars and 820 passengers, Dublin Swift has a redesigned interior that includes a single-deck passenger area.

The high-speed craft replaces Jonathan Swift, which has been in service since 1999.

Meanwhile, almost 90 per cent of Irish Ferries passengers affected by the delayed delivery of WB Yeats from July 12 to 29 have been accommodated on alternative ships.