Written by Baird Maritime on January 18, 2021. Posted in Ro-Pax World. 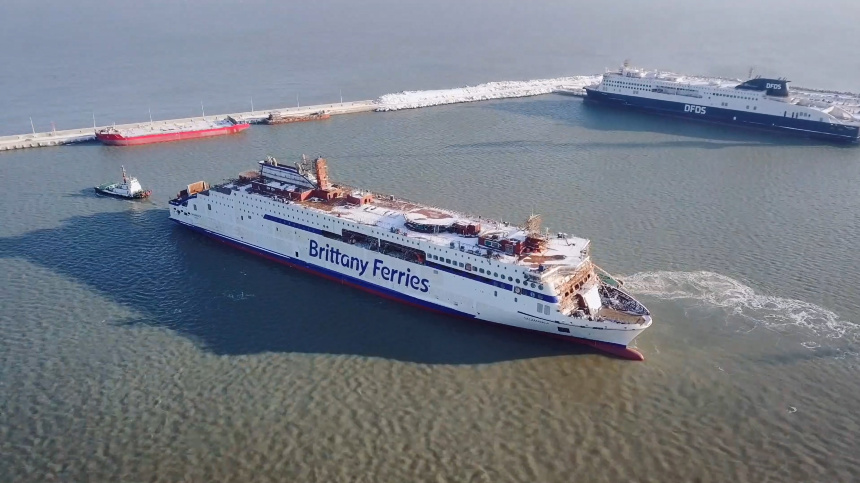 The next ship slated to join Brittany Ferries’ fleet was recently launched into the water for the first time.

The operator claims Salamanca will be the first LNG-powered ferry to serve routes to and from the UK when it begins operational sailings in the spring of 2022. It will sail under the French flag and will be crewed by French seafarers.