Written by Baird Maritime on September 17, 2018. Posted in Ro-Pax World. 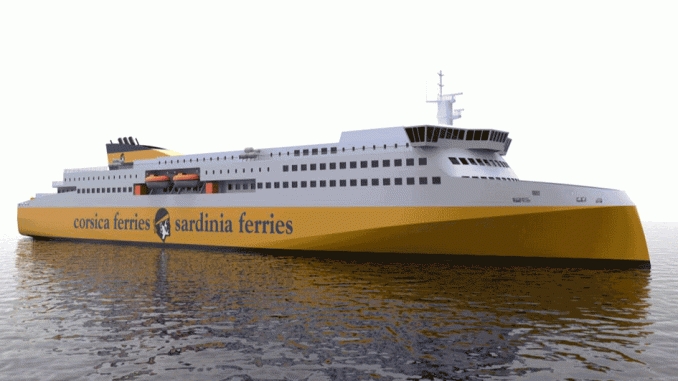 Corsica Ferries has assigned to NAOS Ship and Boat Design the preliminary design work for the new ferries which the former intends to acquire and operate.

A holistic investigation on the traffic characteristics and optimal vessel for the purpose has been performed by the technical department of Corsica Ferries, and then transferred to NAOS to design the corresponding ship.

In addition to being a Safe Return to Port (SRTP) vessel, owner requirements include the ability to remain SRTP even after the failure (or maintenance) of a single main component.

Several fuel options will be considered, as well as other energy-saving features to reduce carbon footprint.

Extensive use of CFD is presently underway to analyse several hull forms and bow shapes.

The analyses will be carried out both in calm water and in a range of operational sea states.

A first set of design documents will be ready at the end of the year and will be used to start negotiation with several shipyards.