Written by Baird Maritime on January 8, 2018. Posted in Ro-Pax World. 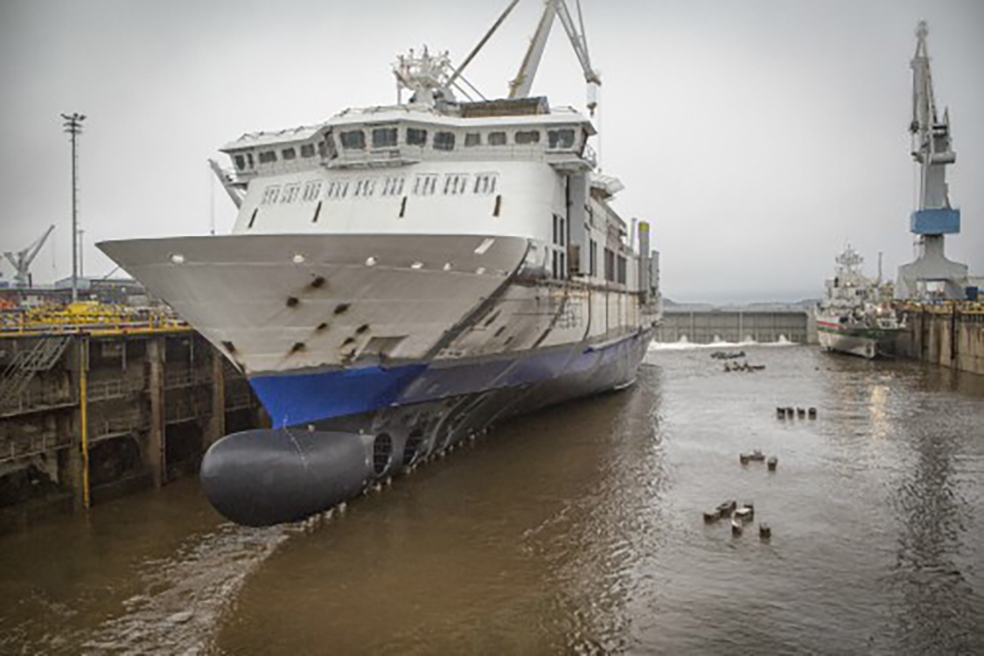 Central to the Bornholm line’s strategy of attracting more Germans to Finland, Hammershus can also carry about 90 freight trailers.

To sail from September between the Rønne and Køge, the vessel is scheduled for delivery to Denmark on June 27.

It has been relocated to a drydock for equipment assembly and interior work, followed by trial runs and commissioning.

Though the cargo will mainly consist of trucks, the ship can also transport hundreds of passenger cars, if needed.