Written by Baird Maritime on April 3, 2018. Posted in Ro-Pax World. 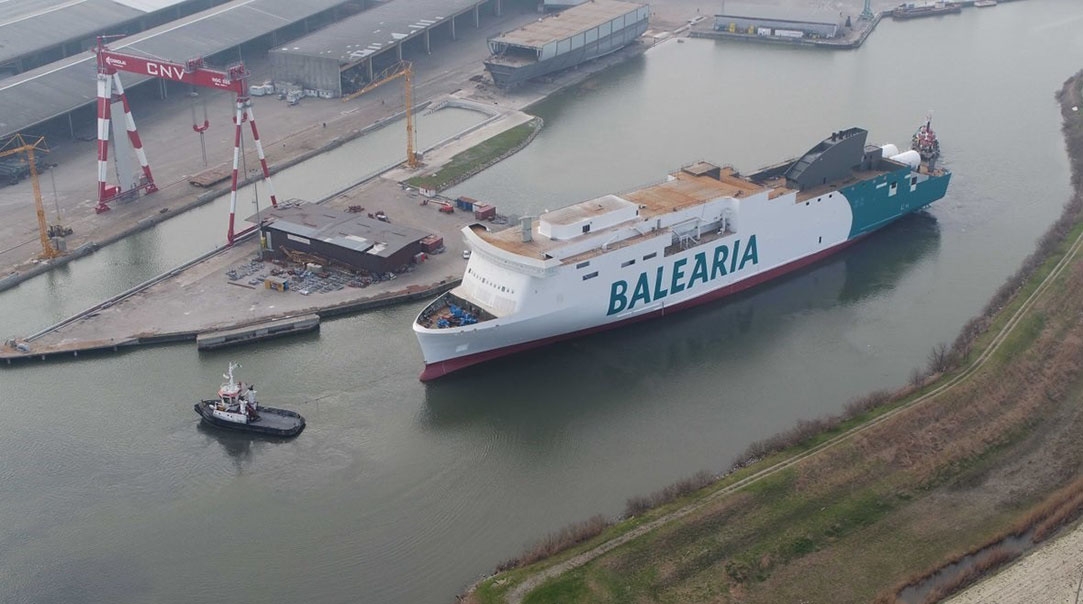 The first of Baleària’s two LNG-powered ferries has been launched at the Italian shipyard Cantiere Navale Visenti.

She will be a sister ship to Marie Curie as part of a €200 million investment in “smart” ships.