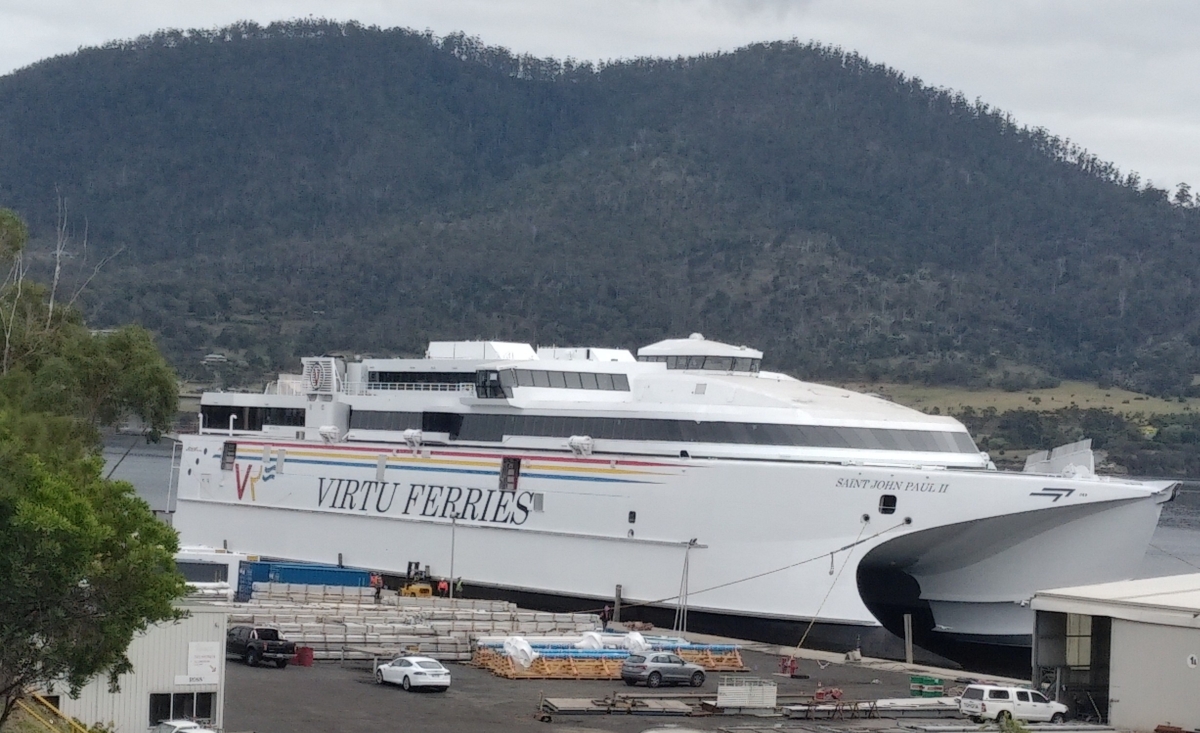 The ship will commence sea trials in mid-January prior to delivery to operator Virtu Ferries for service between Malta and Sicily.

The vessel has been named Saint John Paul II in honour of the late Pope who served as leader of the worldwide Roman Catholic Church from 1978 until his death in 2005.

It is the second Incat ship named in honour of a Pope, the first being a 99-metre vessel named Francisco after Argentina-born Pope Francis.

Saint John Paul II will have a service speed of 38 knots, which will enable it to complete the crossing from Malta to Sicily in around 90 minutes. It will also have 490 truck lane metres and a combined 1,120 seats in VIP, Business, and Economy class areas.