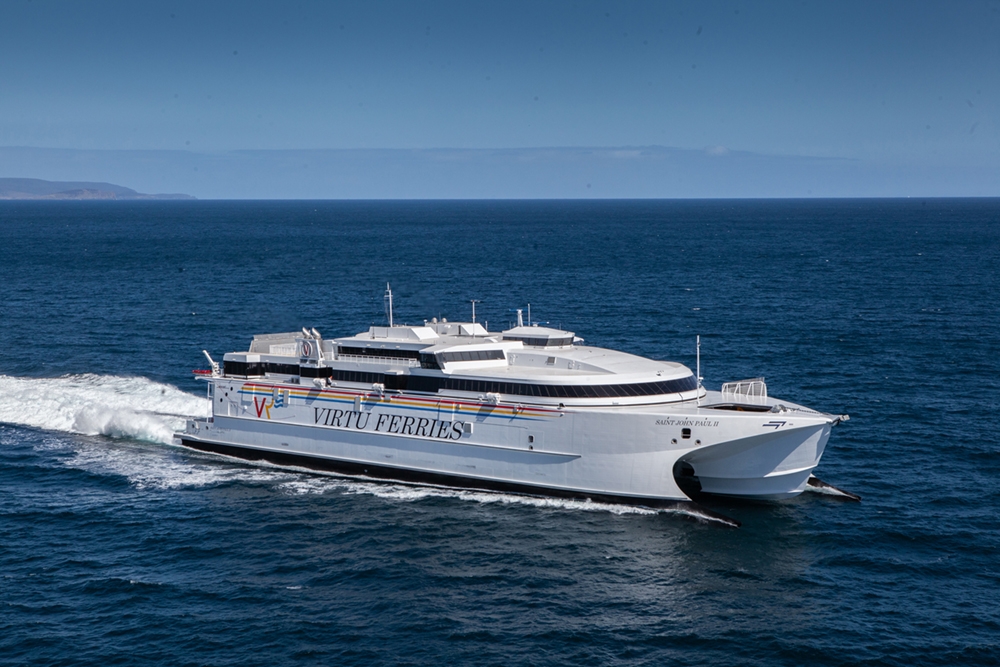 The vessel left Incat’s shipyard in Hobart on Wednesday, February 6, and is expected to arrive in Valletta’s Grand Harbour before the end of the month.

Named Saint John Paul II after the late former Pope, the DNV GL-classed vessel has a deadweight of 1,000 tonnes, a capacity for 1,134 passengers, and 490 truck lane metres that could accommodate up to 23 heavy commercial trailers or 167 cars.