Written by Baird Maritime on January 5, 2021. Posted in Ro-Pax World. 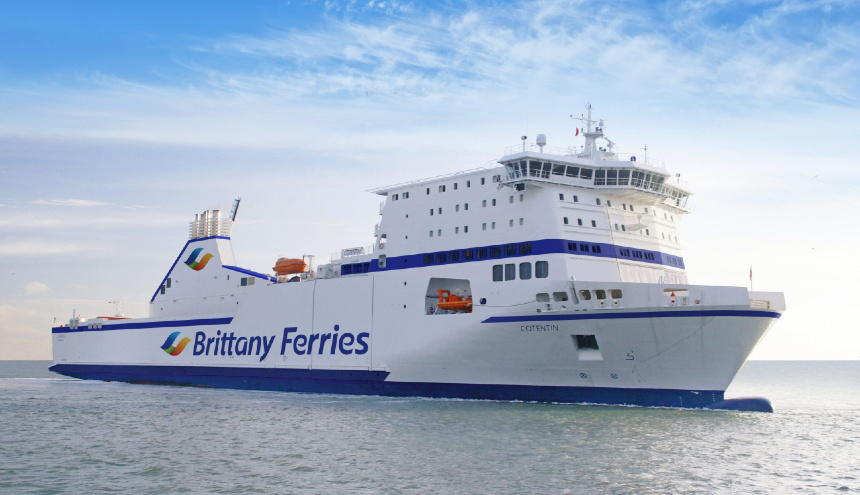 After nearly eight years in the Baltic, the Ro-Pax ferry Cotentin has returned to Brittany Ferries and the route for which it was originally built in 2007, carrying freight from Poole in Dorset to Cherbourg in Normandy.

Brittany Ferries claims Cotentin is now the biggest freighter linking the UK to France. The ship’s 2,210 lane metres can carry 120 freight vehicles, with a cabin berth available for every driver.

The vessel operates as part of a contract secured by Brittany Ferries with the UK government’s Department for Transport to support the smooth transit of essential freight beyond short sea routes post-Brexit.

The contract guarantees space on two Brittany Ferries routes, for goods like medical supplies leaving the European Union destined for the UK.

In addition to Cotentin operating from Poole to Cherbourg in freight-only mode, the contracts guarantee freight space for the UK government on the service connecting Portsmouth to Le Havre.

Cotentin left the Brittany Ferries fleet in 2013 and was chartered to Stena Line, under which it sailed between Gdynia (Poland) and Karlskrona (Sweden) bearing the name Stena Baltica.