Written by Baird Maritime on September 18, 2019. Posted in Ro-Pax World. 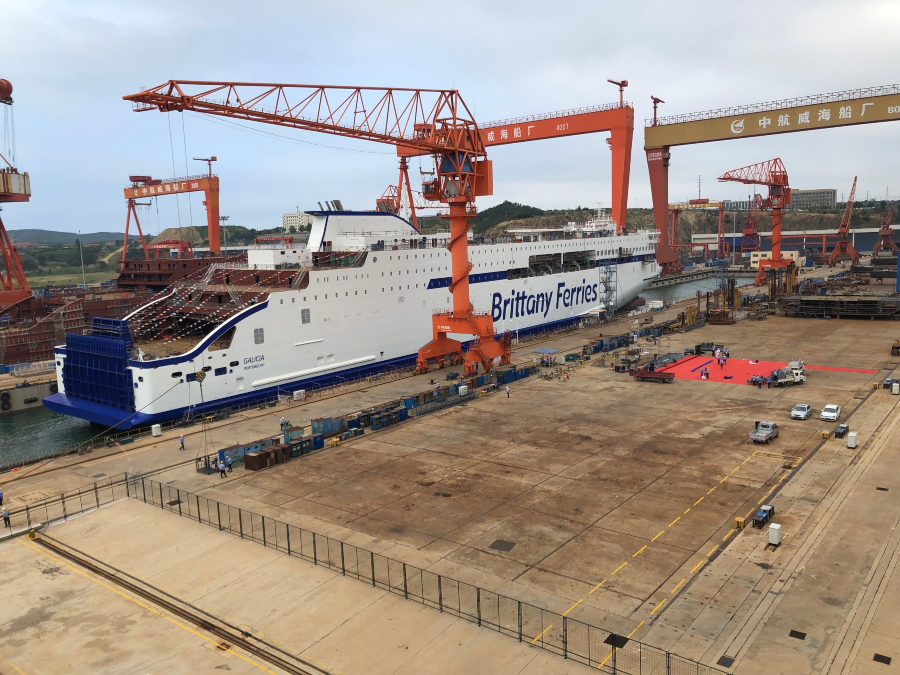 AVIC Weihai Shipyard held a launching ceremony for Galicia, the first of three E-Flexer-class ships ordered from the company by Brittany Ferries, on Wednesday, September 11.

Later that same day at AVIC Weihai’s Shandong facility, the first steel was cut for Salamanca, the second ship in the series.

When complete, the two ships will serve Brittany Ferries’ long-haul routes connecting Portsmouth to Santander and Bilbao in northern Spain, with Galicia due to enter service in late 2020 followed by Salamanca in the spring of 2022. They will be joined a year later by a third sister ship to be named Santoña.

The three E-Flexer-class ships will each have a length of 215 metres, a displacement of approximately 42,200 tonnes, and three kilometres of space for cars and lorries.

Salamanca and Santoña will both be powered by LNG.