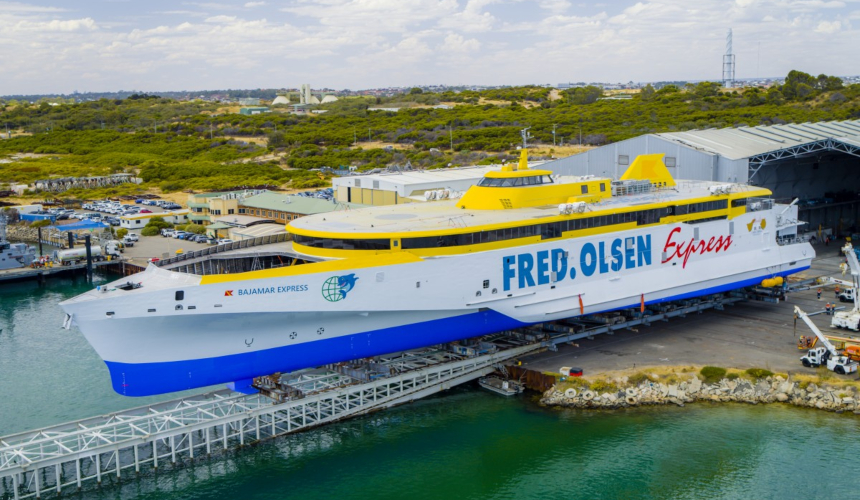 Austal Australia has launched the first of two-metre high-speed trimaran ferries currently under construction for Fred Olsen Express for operation in the Canary Islands.

The high-speed vehicle-passenger ferry, to be known as Bajamar Express, was launched at Austal’s Henderson, Western Australia shipyard on Tuesday, February 4. The vessel is now in the final stages of fitting out prior to scheduled delivery in the second trimester of CY2020.

Bajamar Express is a 118-metre aluminium trimaran, capable of transporting more than 1,100 passengers and 276 cars at speeds of up to 38 knots. Its sister ship, Bañaderos Express, is under construction at Austal Philippines.