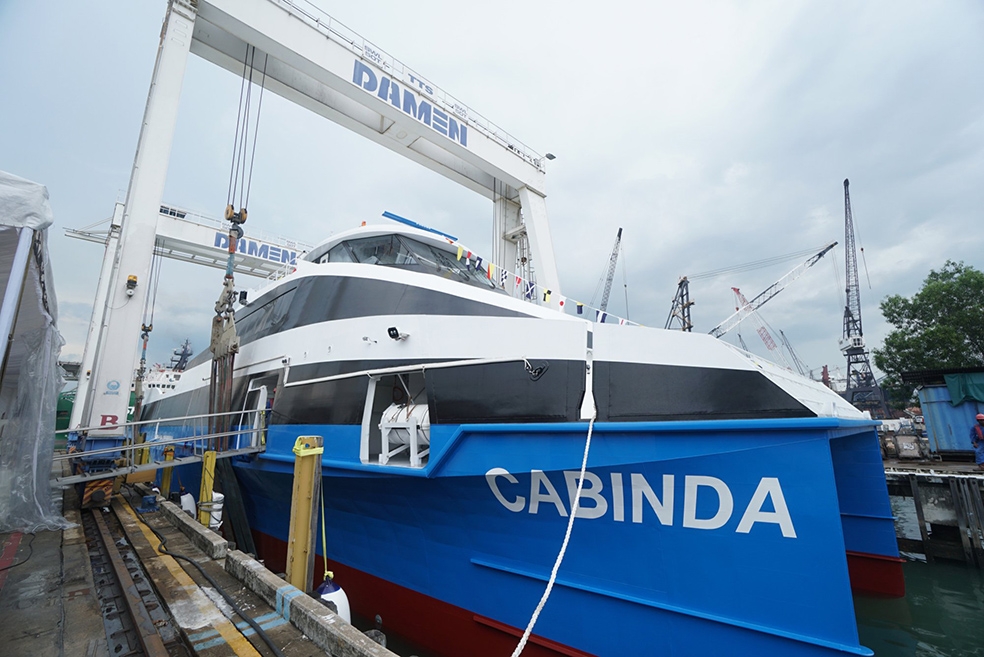 Ordered by the Ministerio dos Transportes through IMPA (Instituto Marítimo e Portuário de Angola), the aluminium vessel will be operated by TMA Express (Transporte Marítimo de Angola) and operate on Angola’s Atlantic coastline between the capital Luanda and Cabinda, around 400 kilometres to the north, via Soyo.

Featuring a top speed of 20.5 knots and a range of 815 nautical miles, the vessel has a total cargo capacity of 123 tonnes.

Up to 60 passengers can be carried on the upper deck while the lower deck can carry up to 10 cars or the equivalent and nine containers.

She will be fitted out and is scheduled for delivery at the end of June.