Written by Baird Maritime on August 3, 2018. Posted in Ro-Pax World. 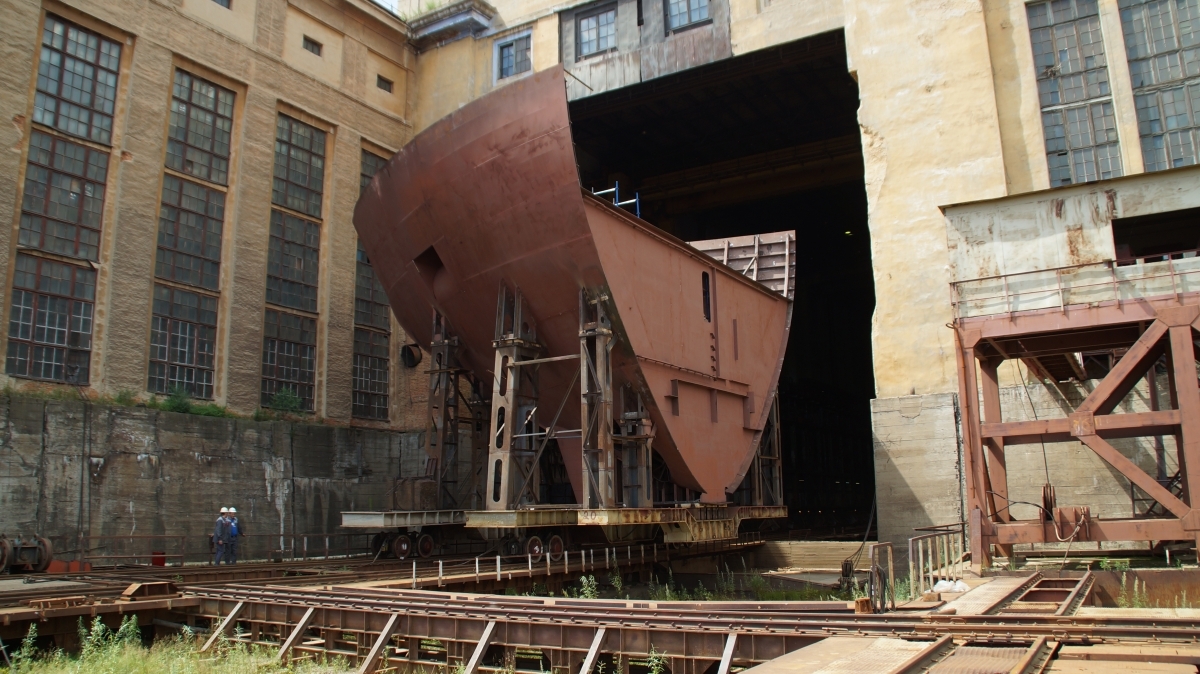 Amur Shipbuilding in Russia has completed construction of the first of five blocks of a Ro-Pax bound for the Vanino-Kholmsk line.

The 300-tonne bow section of the ferry was moved to an open slipway, a four-hour operation.

Two bow thrusters, an anchor and mooring mechanisms are located in the bow block of the ferry.

The stem of the ship and the strengthened nose are able to chop ice with a thickness of one metre at a speed of three knots.

Once completed, the ferry will weigh approximately 750 tonnes.

Three more blocks are currently under construction at the yard to varying degrees. These blocks will house the main engines.

Delivery is expected around August 2019.