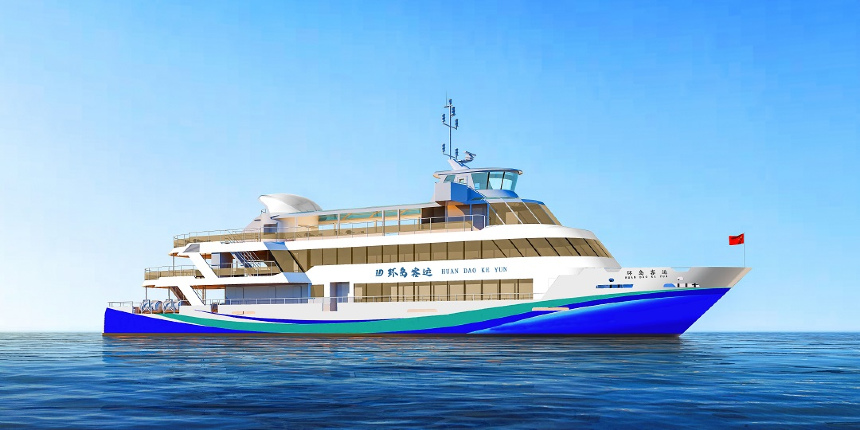 Chinese operator Zhoushan Putuo Huandao Passenger Transport has awarded Jianglong Shipbuilding a contract for the construction of a new steel-aluminium sightseeing vessel capable of transporting up to 380 passengers.

The 50-metre vessel, which will be named Huan Dao Ke Yun, will be operated in the waters of Zhoushan City in eastern China’s Zhejiang province.

The vessel will also be used for regular commuter ferry sailings.