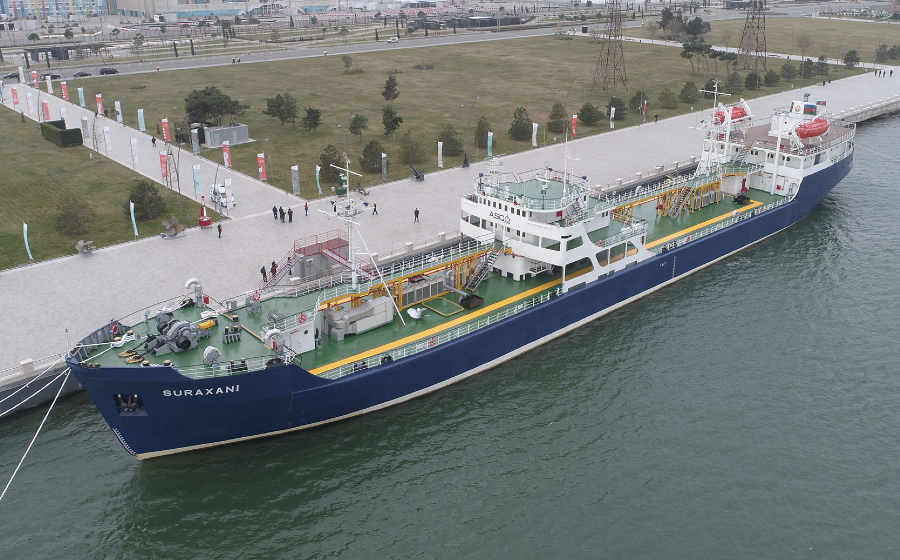 Russia’s Marine Engineering Bureau (MEB) recently completed a unique vessel design project wherein a decommissioned oil tanker has been repurposed into a floating museum intended to help educate the public on the maritime history of Azerbaijan.

The 123.5- by 16-metre ship, which has been named Suraxani (pronounced “surakhani”) after a town in eastern Azerbaijan, belongs to the Project 566b series of all-steel tankers that first went into service in 1957 as part of the country’s Caspian Sea oil trade. It is the sole remaining example of the series, which has been regarded as among the largest ships of their kind when they were introduced.

After being operated as a floating refinery following its service in the oil trade, the last surviving Project 566b tanker is now permanently berthed at the Primorsky National Park in the Azerbaijani capital of Baku, where it now operates as a museum with 10 exhibition halls as well as a restaurant, a cafe, and a souvenir shop. 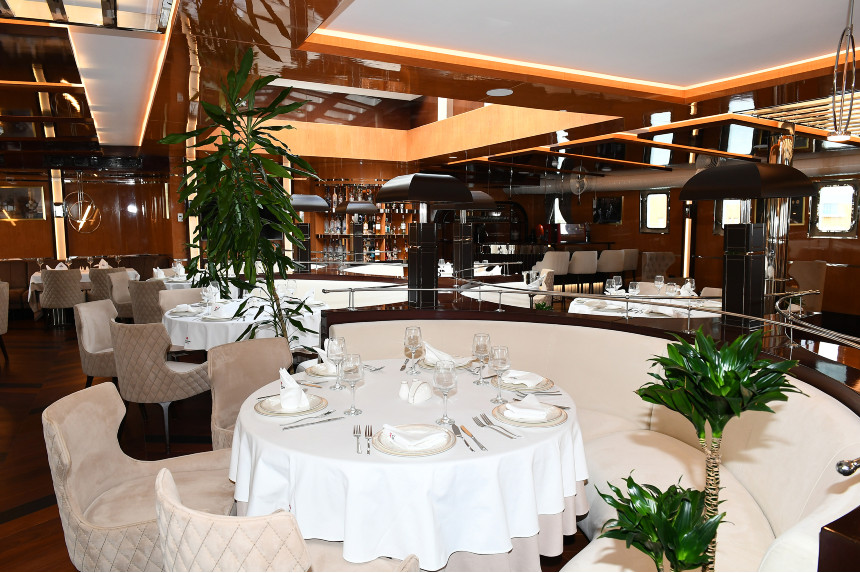 Both the owners and the designers have claimed that Suraxani is the first tanker anywhere in the world to be preserved and operated as a floating museum.

“ACSC wanted a vessel that will allow visitors to get better acquainted with the history of the Caspian Sea and Azerbaijan’s maritime history,” MEB explained to Baird Maritime when discussing the need for the rather large number of onboard exhibition halls. “This history also included important events such as oil production in the Absheron peninsula near Baku, the development of shipping, the first seagoing vessels in this part of the world, and many other notable developments over the last 5,000 years.” 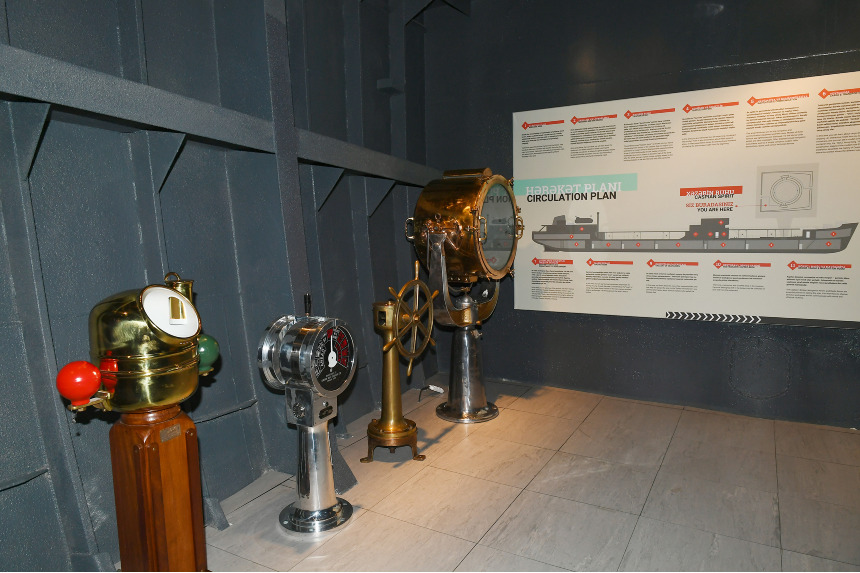 The exhibition halls therefore cover various themes including ships and shipping, navigation and communications, cargo transportation, ship crews in general, safety and rescue equipment, and famous Azerbaijani mariners. ACSC has claimed that a number of local and foreign companies cooperated in the design of the halls to ensure compliance with international standards. Significant contributors included companies from the UK, Turkey, and the Netherlands, countries which the ship’s owner said had maritime traditions that can also be traced back by millennia.

In order to be operated as a museum, the tanker first needed to undergo extensive modification work. This phase commenced in 2017 and was carried out by ACSC subsidiary ASCO Bibi-Heybat Ship Repair Yard with assistance from local company Khazar. 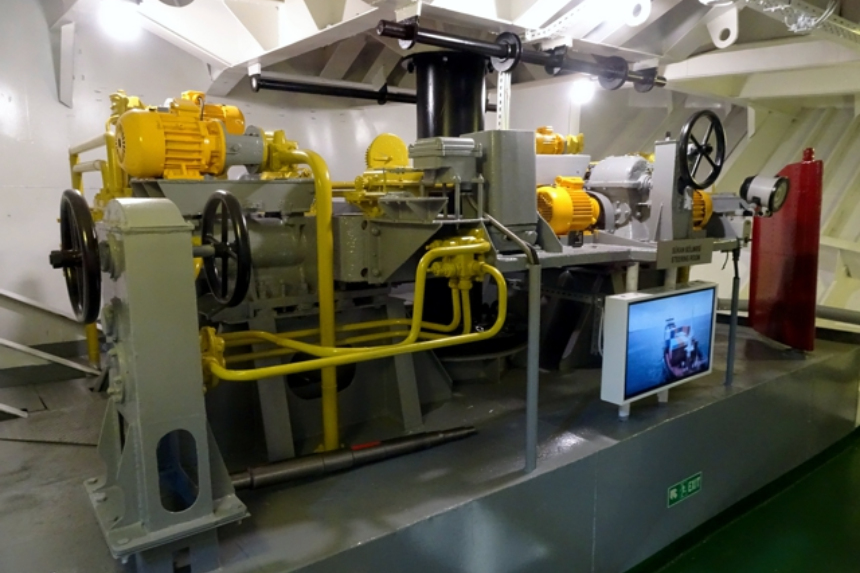 “We wanted to retain as much of the original structural elements as we possibly can while converting the space once occupied by the oil cargo tanks into space for the exhibition halls,” said MEB. “We also wanted to keep the ship level by ensuring adequate distribution of solid ballast lest it suffer from significant aft trim due to the lack of fuel stores and the original engine room being almost empty.”

The designer added that it also needed to install adequate ventilation and air-conditioning systems underneath the catwalk that connects the bridge with the forecastle without making any drastic changes to the original exterior. 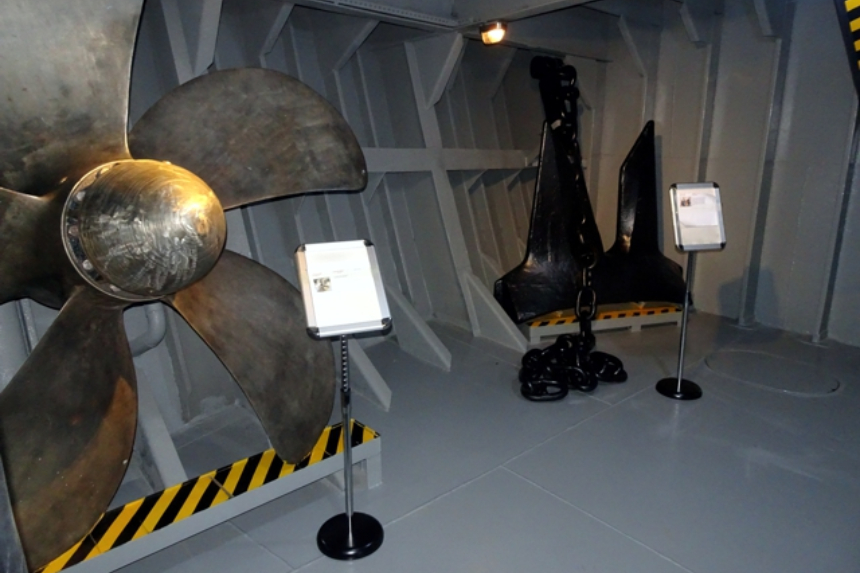 The interior boasts a number of other important features such as a ship simulator that will give visitors the opportunity to dock a ship with assistance from tour guides. There is also an onboard theatre with a 360-degree screen through which visitors can watch films detailing Azerbaijan’s history as a maritime nation.

A hall dedicated to ships and shipping contains a five-metre, highly detailed scale model of Suraxani itself as well as information on tankers. A video screen has also been fitted here to show footage of some of the restoration work that went into the museum. 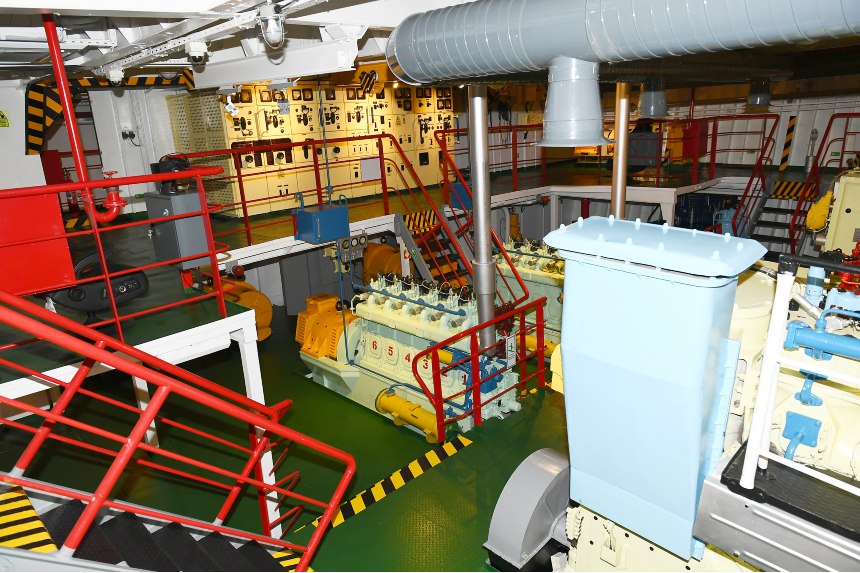 The original engine room was retained but now contains only replicas of the ship’s main and auxiliary engines as exhibits. In this area, visitors are given VR headsets so that they can experience for themselves a sample of ship engine room operations in the mid-20th century. As with the engine room, the bridge, the radio and navigation room, and the captain’s cabin have all been rebuilt to reflect their original state when the tanker entered service in the 1950s.

Suraxani also features an exhibition hall containing molluscs, corals, and other flora and fauna specimens gathered from around the world. The restaurant, which serves mainly local cuisine, can accommodate up to 68 guests while the cafe can seat a maximum of 84. 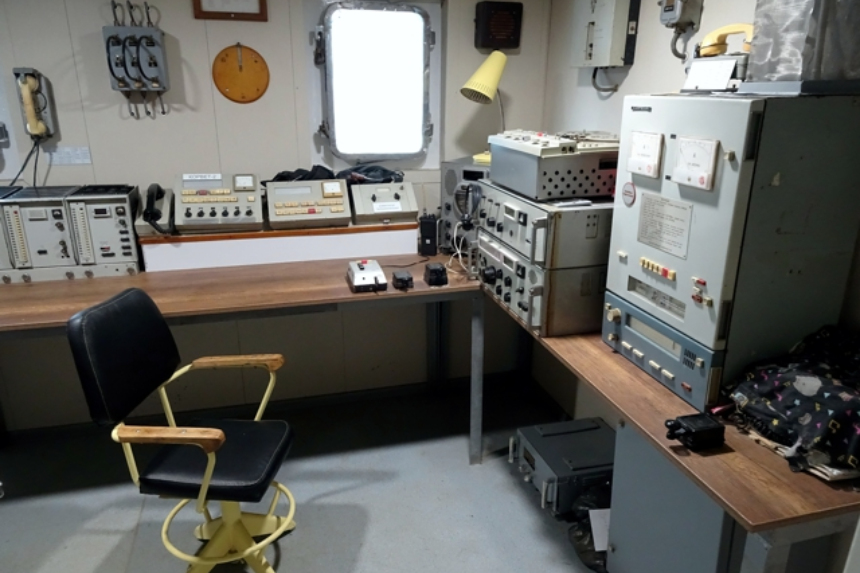 ACSC inaugurated the rebuilt Suraxani on March 1 of this year and fully opened the ship to the public on May 10. Access is still somewhat limited due to the Covid-19 pandemic, though the owner expects visitor numbers will steadily climb in the coming months with the easing of restrictions.

“The choice of Suraxani as a museum ship was deliberate,” MEB told Baird Maritime. “This tanker and its sisters played an important role in the history of Azerbaijan’s seaborne oil trade.” 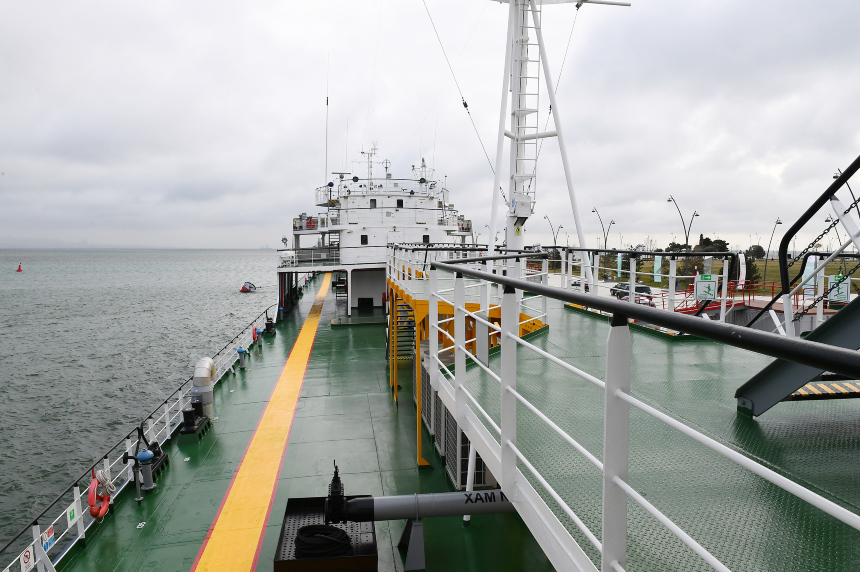 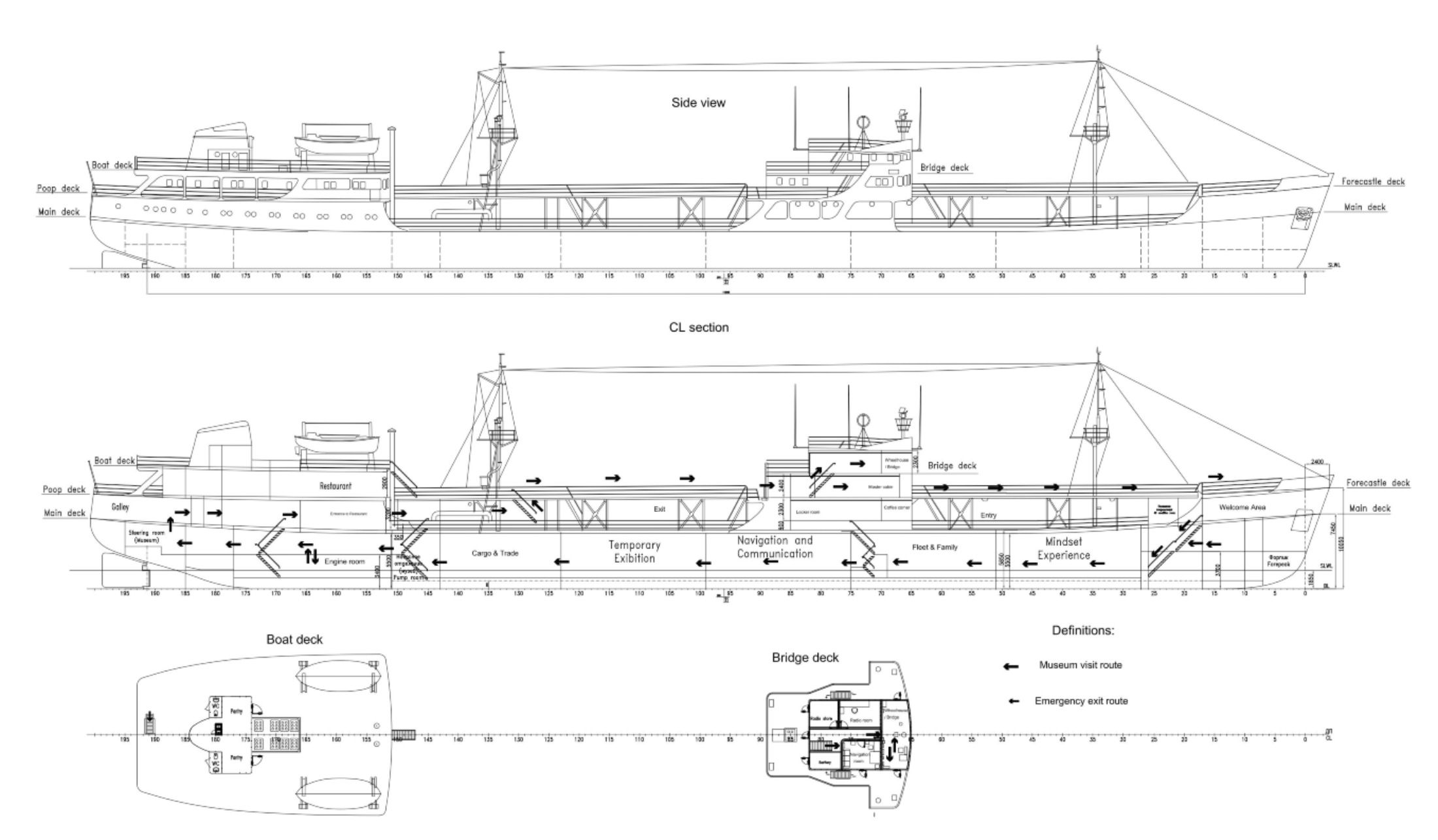 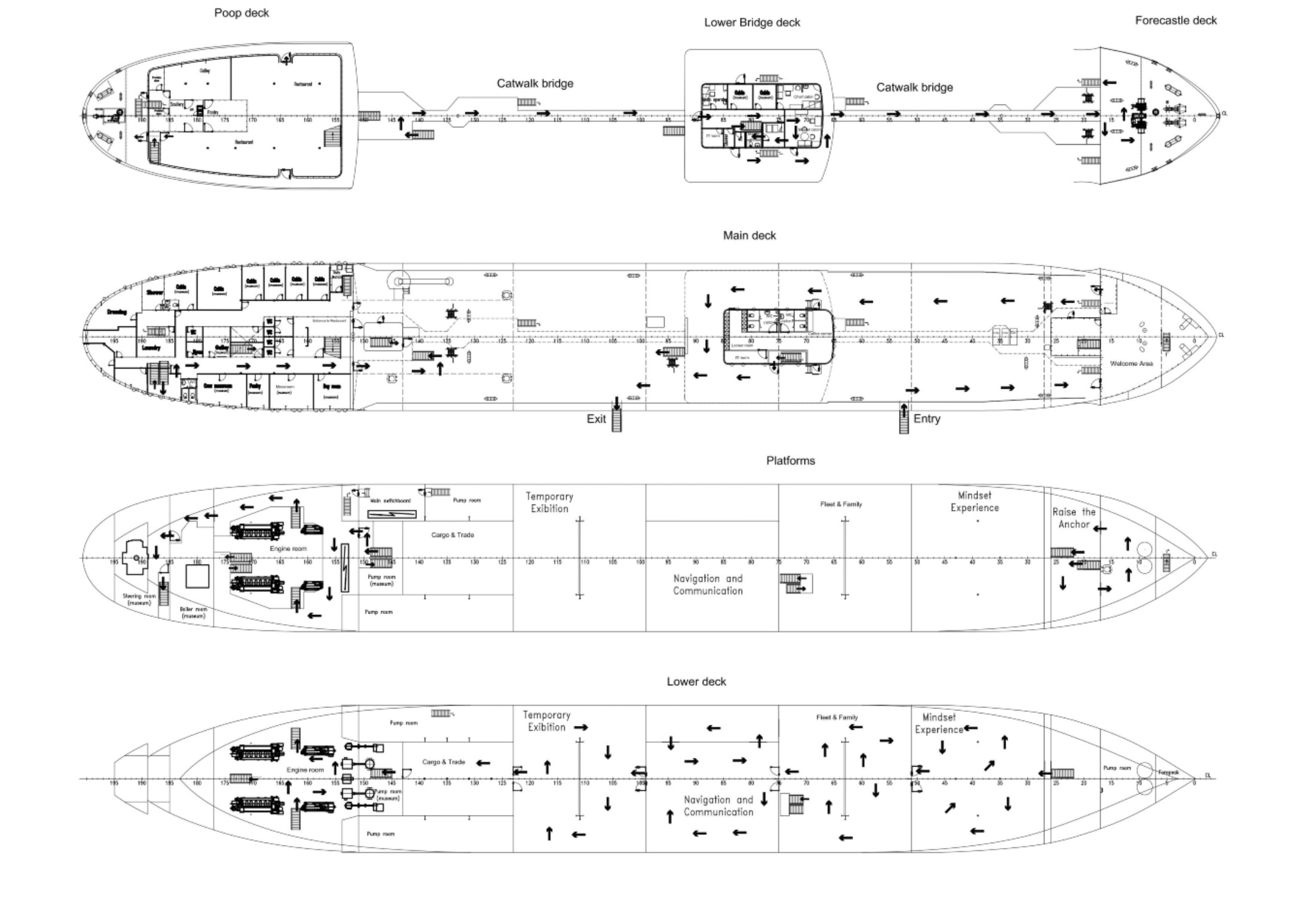