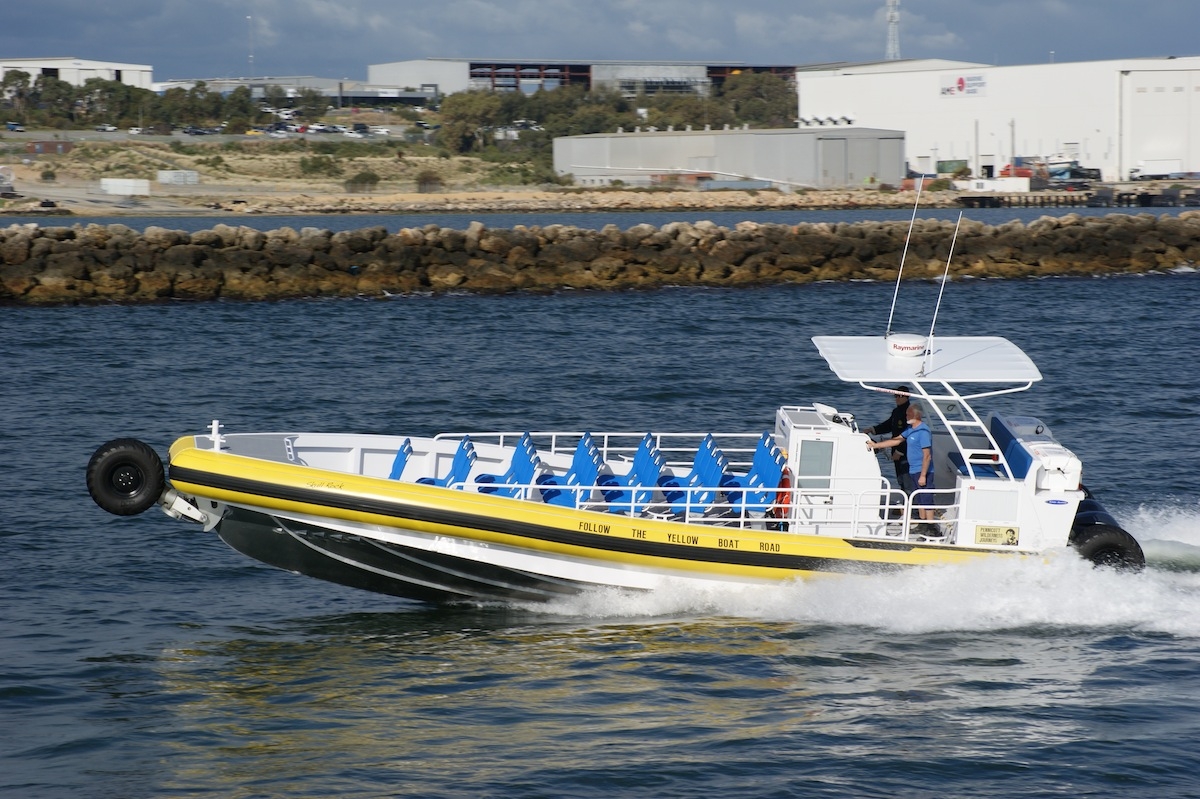 Boats with wheels were once common in military inventories, but they were essentially trucks that floated. Some sea rescue boats are wheeled for beach launches, as are vessels of several wealthy waterfront property owners.

What all currently existing examples have in common is size: small. What Western Australia’s Kirby Marine has created is a fast, ten-tonne, 30-passenger tourist vessel. Nothing like it has been built before in Australia.

Generally, vessels deviating widely from the norm are successful only if nothing else can do the job – hovercraft are an extreme example. This job, for Tasmania’s Pennicott’s Wilderness Journeys, is to operate out of Victoria’s Wilson’s Promontory, a national park and Class A reserve.

A pristine part of the world with basic camping facilities, there is certainly nothing as sophisticated as a jetty – or any prospect of one being built. Passengers will be drawn from the 400,000 annual park visitors, the attraction being the nearby islands featuring abundant seals and whales. 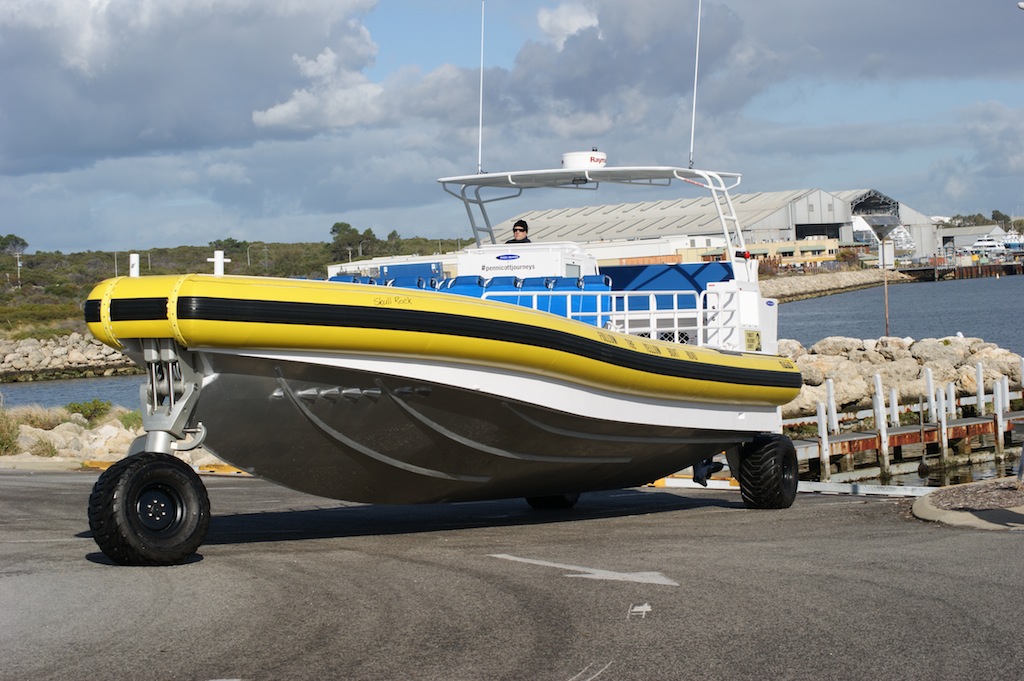 The wheel side of the equation has plenty of work to do: a 2.7-kilometre drive through the camping ground from a storage compound to the mouth of the Tidal River. Passengers board at the beach, and Skull Rock drives into the ocean and retracts the wheels. A pair of 261kW Yamaha outboards then takes over propulsion.

The wheels have to retract enough to be clear of the water under all operating conditions and Kirby took this literally, performing trials off Fremantle with the biggest swell of 2018 so far providing the proof load. Volunteers impersonating passengers stayed dry in conditions that the vessel will never operate in when on the job. All three wheels stayed clear of the water.

The hull is an 11.35-metre Naiad design fitted with a foam filled D-section collar. Within it the passengers sit in considerable comfort in seats mounted cinema-style on a deck sloping downwards from the control console in the interest of good vision ahead.

The console also houses the toilet, although some tourist boat niceties are absent. There is no awning other than a Bimini over the coxswain and the rear rank of passengers. No snack bar or even a few eskies. Weight reduction is one reason – that 10 tonnes is an unbreakable limit. Overhead clearance for the bush drive is another.

Logic suggests that having petrol powered main engines would make the same fuel for the wheel-raising hydraulic pump an acceptable lightweight choice. AMSA, however, decreed diesel – as well as full structural fire protection. Also for compliance and fuel consumption reasons, only 25 of the available 38 knots are used to stay below the HSC rules environment. 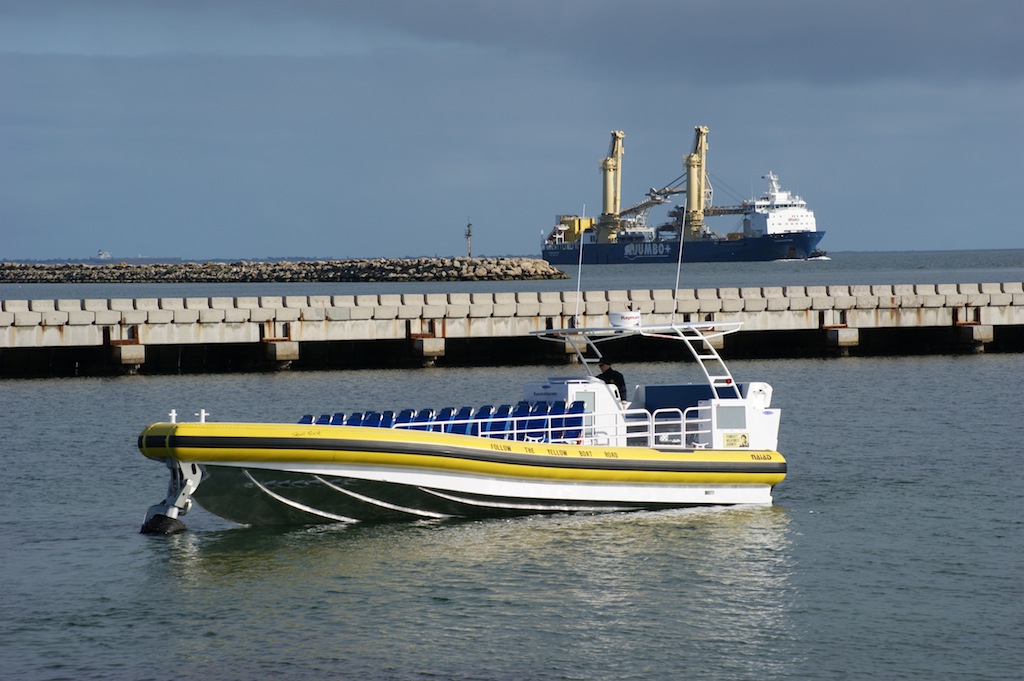 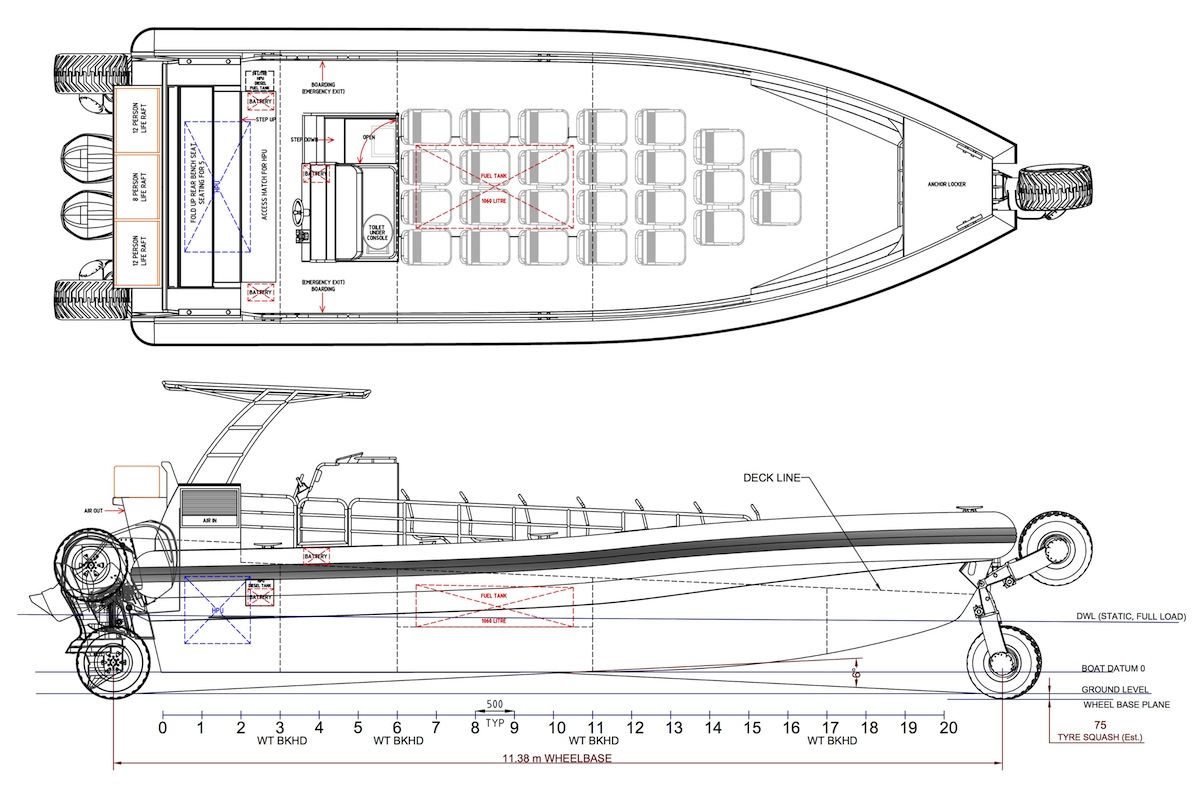